Which team challenging for the top four has the toughest run-in? 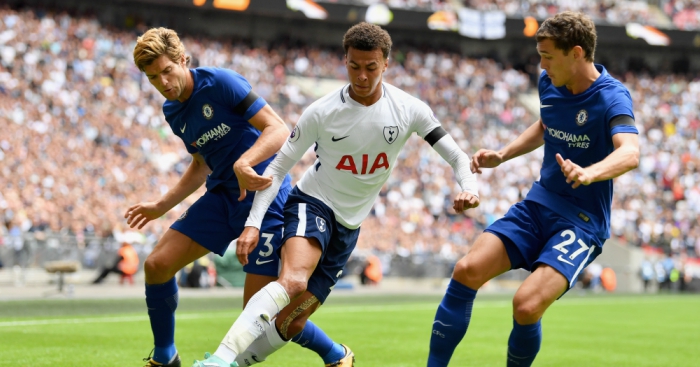 Manchester United, Liverpool, Chelsea, Tottenham and Arsenal are all battling for a top four place – but which club has the toughest run-in until the end of the season?

With Manchester City streaking away at the top of the Premier League, five clubs are competing for the remaining three places to secure Champions League qualification for next season.

The points needed for fourth place varies each year, of course, but if current fourth-placed side Chelsea continue to pick up points at their current rate they will finish on 74 points, and so we have set that as the tally each team needs to hit.

Form, injuries and suspensions will all have an impact on results between now and the end of the season, of coure, but Chelsea have the toughest run-in out of all the teams according to the current league positions, with games to come against the rest of the top five.

Spurs have on paper the easiest remaining fixtures, but one thing to bear in mind is that all six teams are still currently in Europe. Any knocked out earlier than their rivals may have an advantage in the Premier League run-in.

The key date to highlight on your calendar appears to be April 1, when Chelsea host Tottenham at Stamford Bridge.