Which team ‘parks the bus’ most often in the Premier League? 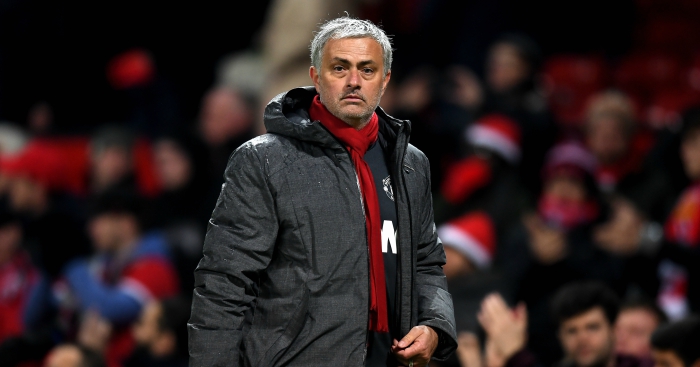 Jose Mourinho may often be accused of ‘parking the bus’ with Manchester United, but how do his tactics compare to the likes of Liverpool, Arsenal and Chelsea?

With Newcastle visiting Manchester City this weekend, the criticism levelled at Rafael Benitez’s side for a perceived reluctance to attack the Premier League leaders in their previous meeting will surely resurface.

We wanted to find out whether the Magpies boss was really a practitioner of “anti-football” or if there are worse offenders out there, so using StrataBet data we’ve devised three ways to rank every club in the English top flight by how pragmatic their football has been this season.

How teams use the ball is arguably the most telling measure of how they approach matches.

But rather than just measuring how much time they spend in possession, which wouldn’t allow us to distinguish intent, we’ve totalled up the number of times each team completed an 18-yard entry: moving the ball to within 18 yards of their opponent’s goal line.

Specifically, we’ve looked at how the frequency of 18-yard entries changes when each team is in front to see how they react to gaining the advantage. 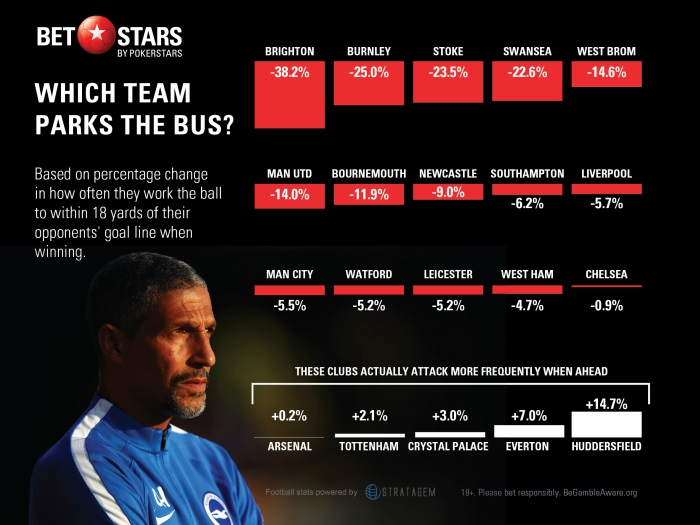 Again we find two of the three newly-promoted clubs prominent, but not in the way we expected.

While Chris Hughton’s Brighton slam the brakes on the most sharply, with their 18-yard entries over a third less frequent when leading, David Wagner’s Huddersfield are actually the most aggressive of five clubs who attack more often when leading.

The Terriers have registered almost 15% more entries when ahead than their overall average.

We also wanted to look at how ambitious managers are with their substitutions, so we constructed an algorithm to grade every in-game change by how attacking – or defensive – it was, based on the position and attacking contribution of the two players involved plus the scoreline and timing.

For example, Pep Guardiola replacing central defender Vincent Kompany with striker Gabriel Jesus against Newcastle in the first half and with the game still goalless ranks as the most attacking swap this season, while his removal of Jesus for another centre back – Eliaquim Mangala – when 2-1 up against rivals Manchester United is the most defensive.

Ranking each of the Premier League’s ever-present managers this season by the percentage of substitutions they have made which were attacking reveals a few surprises. 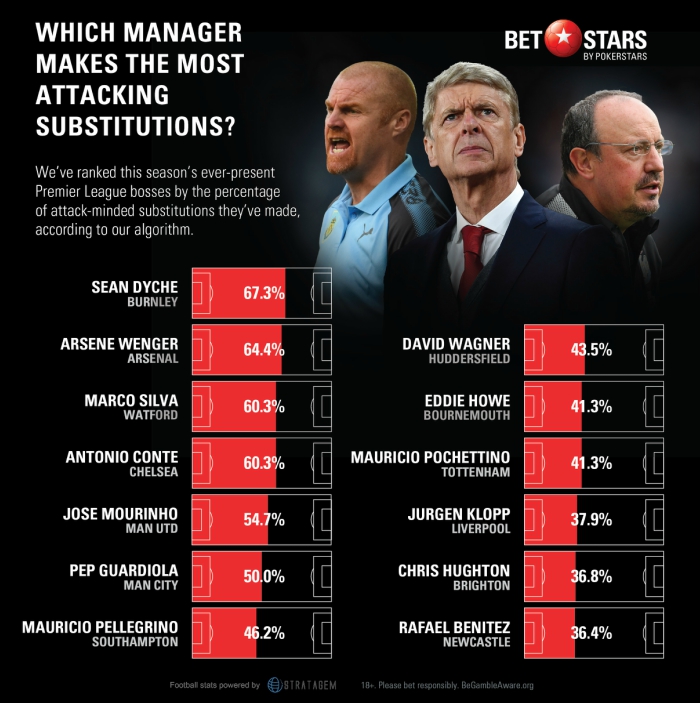 Leading the way, with almost two thirds of his changes being attack-minded, is Burnley’s Sean Dyche. Perhaps the Clarets boss is naming a lot of conservative starting 11s and introducing attacking players late on, but the next name on the list has no such excuse.

Arsenal’s Arsene Wenger has made a higher proportion of attacking changes than any of his top six rivals, with Antonio Conte and Marco Silva tied for third place.

All but one of the Gunners’ challengers for a Champions League place can be found in the attacking half of our rankings, with the exception being Liverpool’s Jurgen Klopp.

He ranks as the division’s third most defensive coach when it comes to making changes, with the two managers below him both in charge of newly-promoted teams.

Brighton’s Chris Hughton and Newcastle’s Rafael Benitez have both made defensive choices for almost two thirds of their substitutions this season.

Finally we looked at how many defensive players each club typically has between the ball and the goal when their opponents are shooting, which is a good proxy for how deep each team defends. 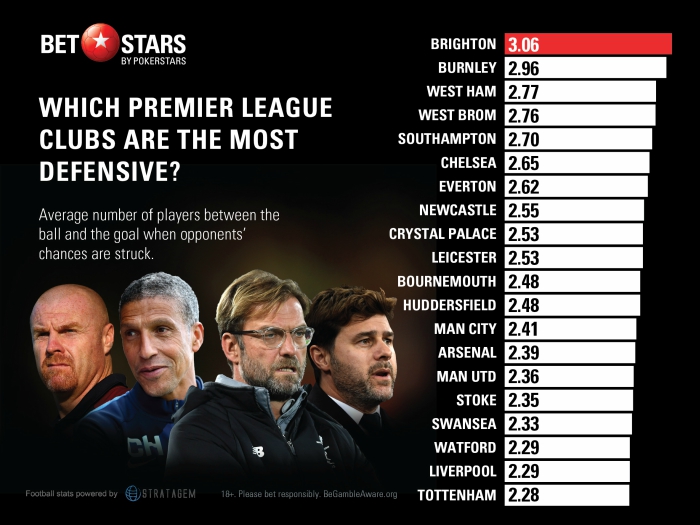 Again we find Brighton at the top of the charts, with over three players in the way on average this season, closely followed once again by Sean Dyche’s Burnley.

Of the division’s top teams, Chelsea are the most cautious – and the sixth most overall – while Liverpool and Tottenham care the least for keeping men behind the ball.