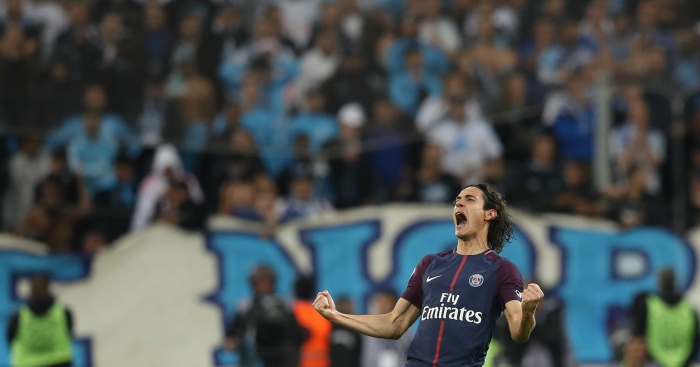 With Neymar having already been sent off, PSG needed a hero to step forward in injury time as they trailed 2-1 at Marseille.

So Edinson Cavani did this. Bloody hell.

You’ve probably already seen the goal, but did you truly appreciate the comedy of Sofiane Boufal making two West Brom defenders collide into each other?

Tom Victor did, and he dedicated a full article to it. It’s like performance art. 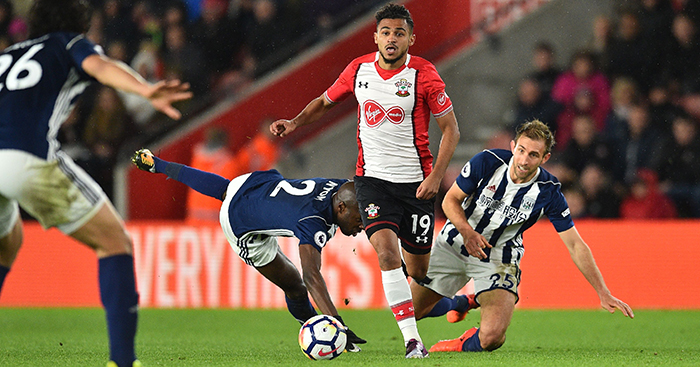 READ: Sofiane Boufal and the enduring value of physical comedy in football

This lad owes a lot of punches to a lot of people.

Everton ball boy beating us all at the circle game 👌🏼😭 pic.twitter.com/FivagJjybG

Memphis Depay scored a wonderful hat-trick for Lyon in their 5-0 win at Troyes on Sunday. His first goal was a carefully-stroked finish into the bottom corner and his second a brilliant first-time strike into the top corner.

But even though his third came from the penalty spot, it was undoubtedly the best of the lot. Scoring with a panenka is good enough, but celebrating with a wink takes him to a different level. Our hero.

PANENKA! Depay gets cheeky on penalty to complete hat-trick. pic.twitter.com/cqTFYB0QN4

We were going to include Sebastian Giovinco for us outrageous free-kick for Toronto, then we saw he also drank a beer which was thrown at team-mate Jozy Altidore and thought we had to include him twice.

The updated list of top scorers (all competitions) of players featuring in Europe’s top 5 leagues in 2017 pic.twitter.com/3ZG1RxyFtr

But what we really love about this is how the opposition’s subs just stand there looking sad while Drogba and co celebrate right in front of them.

One of football’s greatest enigmas, Robinho is now plying his trade at Atletico Mineiro, but he still knows how to turn on the style from time to time.

El Diego was knocking about at Tottenham on Sunday and was reunited with his former team-mate (and room-mate) Mauricio Pochettino.

“I saw him before in the manager’s room. It was so emotional,” Pochettino said. “It was difficult to let him go because you are in front of Maradona, you want to speak with him, stay with him and share a moment with him.

“It was so emotional because more than 20 years I didn’t see him. To meet again, that’s fantastic. For me he’s the best player in football and he’s massive. He remembered every single moment that we shared. We played at Newell’s Old Boys.”