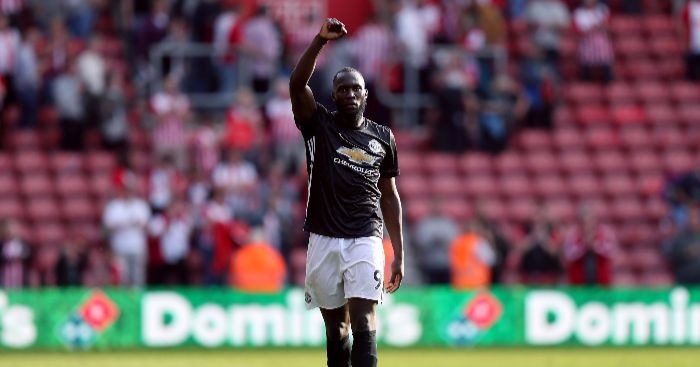 Romelu Lukaku showing his commitment to Manchester United, Pep Guardiola taking Manchester City’s ball boy game to a whole new level, and Douglas Costa making us think about O Fenomeno all feature in the things we loved this weekend.

For someone who scores so many goals, Romelu Lukaku still attracts a strange amount of criticism, but the striker is proving worth his weight in gold for Manchester United this term.

He has now scored six goals in six Premier League games for the Red Devils, matching the club-record streak Louis Saha enjoyed at the start of his United career.

And judging by Lukaku’s reaction at full-time after scoring the winner in a hard-fought 1-0 victory at Southampton, you certainly can’t question his passion for his new club.

Surely Pep Guardiola, dressed like your Dad has been dragged through Zara, giving a swift tactics talk to ball boy is the most Modern Football thing in history.

Guardiola getting a ball boy to pass on tactical instructions to Kyle Walker. pic.twitter.com/xaEfNHmQNY

Chris Sutton may have retired in 2007, but he was back battling with centre-halves once again on Sunday, although he definitely came out second best in this challenge with former Motherwell captain Stephen Craigan.

If you're not watching Scottish Football Extra you're missing out big time 🙌@chris_sutton73 is a great sport 👏#BTSFE pic.twitter.com/nkm1Hk2Tf0

Someone has turned the difficulty up on FIFA a bit too high.

Elasticos in the Serie A? Anything that makes us think of Ronaldo at Inter is a good thing.

We don’t know a great deal about Lithuanian football or FC Stumbras, to be honest. We do know this is an absolute thunderbastard, however.

We were extremely into this goal from AIK defender Daniel Sundgren. Then we saw his celebration. You can tell he’s not used to scoring goals like this, it’s an absolute stinker.

Given they beat Hacken 6-1, we don’t think it’s too harsh to suggest this should now get chalked off.

Big Mick, God love him, was at it again after his Ipswich side were narrowly beaten at Leeds on Saturday.

McCarthy on his aims for the season: "My aim always is to piss off all those people who write me off. I've been doing it for 25 years."

If you’re not familiar with Josh Parkin’s work, well it’s about time you get to know your new favourite illustrator.

Just check out the Thistle Hotels Leeds shirt on this, an absolute beauty.

He’s back! Eight years after playing his final game for Juventus and 14 years after winning the Ballon d’Or, Pavel Nedved has decided to come out of retirement at the age of 45.

Nedved will play his son at Czech amateur club FK Skalna, where he started his youth career, and we can’t wait to see those blonde locks flowing once again.

Suppose you should probably read this now… 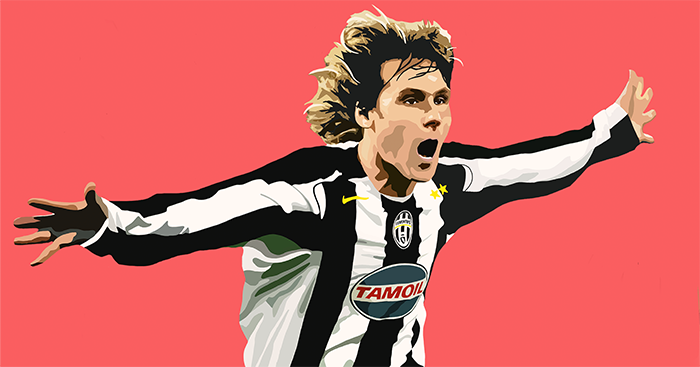 READ: A tribute to Pavel Nedved, the man who managed to replace Zinedine Zidane

18 of the best quotes on Paul Gascoigne: ‘The crackerjack of British football’