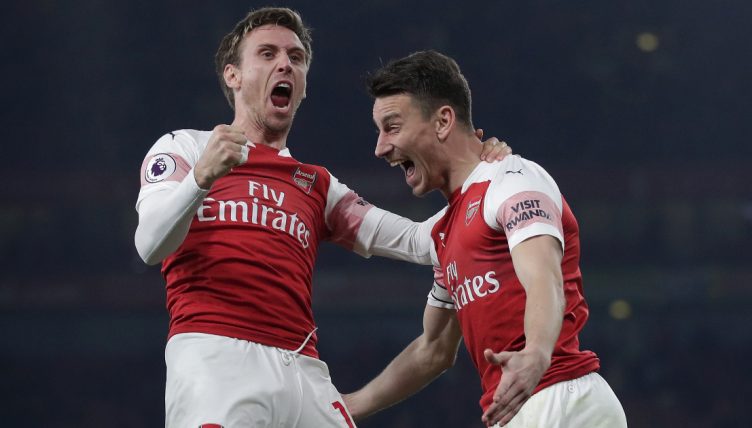 Unai Emery has had a pretty successful managerial career, winning his 11th major trophy and fourth Europa League title with Villarreal in the summer of 2021, but his spell at Arsenal is not one to be remembered fondly.

Laboured football, missing a top-four spot by a point and humiliation in the Europa League final to Chelsea meant that Emery ultimately got axed in November 2019.

Arsenal saw quite a high turnover of players during Emery’s 18 months in charge, and we’ve taken a closer look at the 10 first-team players to be sold under the Spaniard.

We’ve excluded anyone without a first-team appearance, including Stephy Mavididi and Xavier Amaechi, plus the likes of Santi Cazorla, Aaron Ramsey and Jack Wilshere, who didn’t command a fee.

Reine-Adelaide made his debut for Arsenal under Arsene Wenger in 2016 but was sold to Angers in Emery’s first summer in charge for less than £2million, after spending the previous six months on loan at the French outfit.

It looked like Arsenal could live to regret the midfielder’s sale after he was signed by Lyon in a £23million deal and helped the Ligue 1 side knock Manchester City out of the Champions League in 2020.

The 24-year-old spent the 2020-21 season on loan at Nice, where he started well before rupturing a cruciate ligament in February 2021. He still hasn’t returned to first-team action.

A product of the Gunners’ academy, Akpom was a popular figure at the Emirates but struggled to make his mark, failing to score in 12 appearances.

The striker joined PAOK Salonika in 2018, where he became an absolute hero, firing them to a historic league and cup Double.

The 25-year-old returned to England in September 2020, joining Middlesbrough for £2.75miilion and scored on his debut against QPR, but only managed five goals in 42 games overall.

After another loan spell back at PAOK, he’s now back on Teesside and regularly turning out for Chris Wilder’s Smoggies.

Perez spent just one season at the Emirates before being loaned out to Deportivo and then eventually sold to West Ham. He didn’t last long at London Stadium either.

But the Spaniard thrived in a two-year spell at Alaves after returning to Spain in 2019, so much so that he was wanted by Barcelona in February 2020, only to reject a potential move.

“It is not the first time that Barcelona has called me, like other great clubs,” Perez told Marca. “The truth is that that does not distract me.

“What is clear to me is that I want to do well and I want to feel like a player again as I am doing here, where they have given me love since day one.” 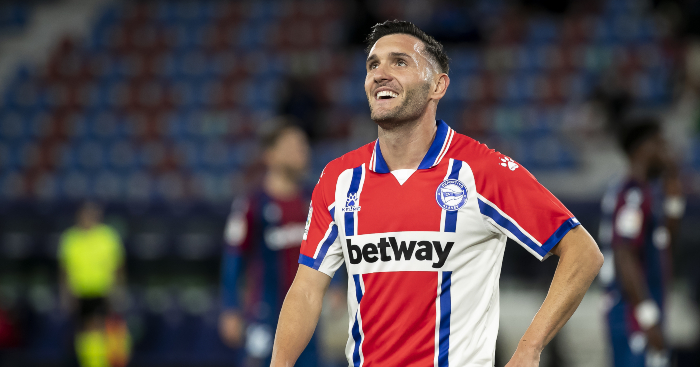 Having signed from Costa Rican outfit Deportivo Saprissa, Campbell was sent out on loan six times at Arsenal.

By 2018, the forward was finally sold permanently and moved to Frosinone. After failing to score in 17 games for the Italian outfit, Campbell moved to Mexico to join Leon. Last year he made his 100th appearance for Costa Rica. Impressive.

Having never quite managed to make the No.1 shirt his own at Arsenal, Ospina moved on loan to Napoli in a deal that was made permanent in 2019 as Emery brought in Bernd Leno from Bayer Leverkusen.

Most managers like to settle on one goalkeeper, but Ospina was often rotated with Alex Meret throughout his time at Stadio San Paolo. In the summer he moved to Saudi Arabian outfit Al Nassr.

He impressed enough on loan at Charlton to convince Derby to pay a club-record fee of around £10million to sign the Poland international, but his time at Pride Park has been blighted by serious injury.

His return from injury wasn’t enough to stop the Rams suffering relegation down to League One last term. He’s now out on loan at Birmingham City.

An acrimonious exit sullied nine years of loyal service from Koscielny at Arsenal. The defender made 25 Ligue 1 appearances as Bordeaux finished 12th in 2019-20.

Koscielny was decent enough for most of his time at Bordeaux, but was exiled from the first-team squad in January 2022. He retired a short while later.

Everyone loves Jenkinson, don’t they?

However, it was clear for some time that he wasn’t what Arsenal needed at right-back, so it made sense for him to take a step down to the Championship with Nottingham Forest.

Jenkinson joined Melbourne City on loan from Forest in January 2022. He’s still in Australia now, having signed for Newcastle Jets in the summer.

Despite playing 149 times for the Gunners, it felt like Iwobi never quite fulfilled his potential in a red and white shirt, and Everton offered a clean slate for him – not to mention an eye-watering £34million.

It’s taken time for Iwobi to click at Goodison Park but he’s starting to catch the eye as an all-action No.8 in the centre of the park. Who knew?

He arguably peaked in the Europa League final, scoring a stunning volley off the bench, but still ended up on the losing side. Poor guy.

#OnThisDay in 2015, Alex Iwobi made his debut for Arsenal.

Before he left for Everton, Iwobi has got 15 goals and 27 assists in 149 appearances at #AFC

Throwback to his last goal for the Gunners in the #UEL final against Chelsea!pic.twitter.com/lVRjjIb7ED

Monreal played over 250 times for Arsenal and became a real fans’ favourite for his dedication to the club.

However, all good things must come to an end and the Spaniard joined Real Sociedad in 2019, where he won the Copa Del Rey in 2021. He retired in the summer after an injury-hampered final season at Anoeta.

“I know what kind of player I am: I’ve never been a star who scores goals or makes the difference,” Monreal told The Guardian in 2020. “But every time I pulled on the Arsenal shirt, I gave my all.

“I felt proud just warming up. You could feel the fans’ affection, gratitude. I’m very fond of them too.”