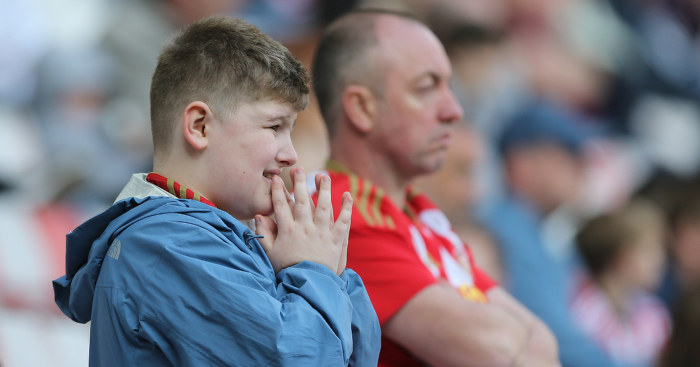 The homes of Manchester City and Manchester United are the most difficult places for away teams to get points at, with Sunderland’s Stadium of Light the easiest, according to new research.

Analysing every home fixture for the current 92 Premier League and Football League teams since the start of the 2008-09 season, City have the best home record,with an impressive 2.36 points per match at the Etihad Stadium. The Citizens pipped their cross-town rivals to top spot, with United picking up 2.34 points per game at Old Trafford.

The research from also found that despite Premier League sides playing fewer games each season than their Football League counterparts, City still managed to earn the most wins (139) and total points (443) of all 92 clubs over the decade.

Eight of the top 10 most difficult grounds to travel to were home to Premier League sides, with Cardiff City boasting the most impressive points per game ratio of teams outside England’s top flight.

The average Premier League and Football League side picks up 1.59 points in each home match, but the clubs with the best home record over the last 10 years are:

At the other end of the scale, the Stadium of Light is the easiest place to take points off a home team, with Sunderland averaging just 1.15 points each time they play host. Huish Park also doesn’t provide much advantage to Yeovil Town, with the Glovers picking up a disappointing 1.29 points from an average home tie.

The Black Cats are worse off still – they have the poorest home goal difference of all current 92 League clubs. Conceding 254 goals in 193 home games, their goal difference stands at a miserable -34. Just four other teams have conceded more goals at home than they have scored over the last 10 years (Yeovil, Oldham Athletic, Morecambe and Barnsley).

Crystal Palace are the lowest ranked Premier League side (1.35 points per match), with Selhurst Park the sole Premier League ground among the top 10 easiest stadiums to travel to:

A spokesperson said: “While it’s no secret that Manchester City have dominated this season, our findings reveal that their impressive home record has spanned the decade.

“With Old Trafford another statistical fortress, Manchester is clearly a very difficult place to get a result, but if a club is in desperate need of an away win, they better hope that their next game is at the Stadium of Light.”