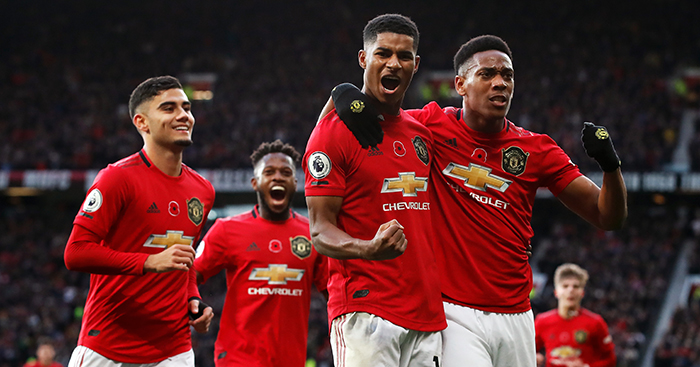 The release of a new Football Manager normally means clamouring to take charge of your favourite club, only for infuriating budgetary restrictions and an unfair dismissal to leave you looking for a new challenge.

Once you’ve got that out of your system you’ll want to find something meaty, and there’s nothing more satisfying in Football Manager than awaking a sleeping giant or unlocking the potential of a smaller club.

Man Utd’s real-life struggles make them the perfect club with which to learn the ropes on Football Manager. There’s significant glory in winning the club its first title since Sir Alex Ferguson’s retirement and yet the challenge is considerably easier than in real life – even with the new ‘Club Vision’ feature revealing Ed Woodward’s high expectations.

You need a top-four finish in 2019-20 and then a serious push for the Premier League in 2020-21, but there’s well over £100million to spend and it’s easy to get rid of fringe players for decent money. Plus Woodward won’t get in your way on transfers. From one extreme to the other, challenges don’t get much tougher than this. Bolton Wanderers, as founder members of the Football League and four-time FA Cup winners, deserve to be a Premier League club, but following financial crisis you will start in League One on -12 points.

With new owners secured, this is the perfect opportunity to build from scratch. Granted, the real-life Bolton are still 13 shy of the safety zone despite winning three on the trot, but get it right and rising the club from the ashes will be richly rewarding.

There’s almost no money, of course. This is a challenge for the experienced, battle-hardened gamer.

The Rossoneri’s fall from grace is heartbreaking for anyone who watched them in the 90s or early 2000s. The club of Maldini and Weah, of Cafu and Kaka, hasn’t finished higher than sixth in any of the past six Serie A seasons. No club with 18 Scudetti and seven European Cups should have to go eight years without adding to their trophy cabinet.

Juventus are too strong to be knocked off their perch in year one, but over a three-year period this is a decent challenge for any FM gamer worth their salt.

Most enticing of all, a budget of £21million and a strong reputation means you can sign a host of the game’s best wonderkids to build a new generation of AC Milan legends.

If restoring Bolton to the top feels a little daunting, then start with another sleeping giant in Sunderland.

A huge club with an enormous fan base, the Black Cats have won six top-flight titles and in the early 1900s were arguably the best club in the world.

Following successive relegations to League One, and then narrowly missing out on promotion in 2018-19, Sunderland need rescuing.

Expectations are high. The board will demand winning the title in year one (which should be easy enough, given the resources available) with a second promotion push anticipated by 2021-22. There is no margin for error here.

Apart from awakening sleeping giants, the best type of challenge in Football Manager is improving on real-life form.

Lyon have recovered nicely over the last few years, securing successive Champions League qualification with a third-place finish last year, only to drop off drastically this season. They are 14th at the time of writing.

This is the same Lyon that won seven Ligue 1 titles in a row in the 2000s, and with an exciting young spine – Moussa Dembele, Bertrand Traore, Houssem Aouar – they ought to be the closest challengers to PSG.

There’s certainly a lot of scope for growth here, plus £25million to get you started, though toppling PSG will require patience. 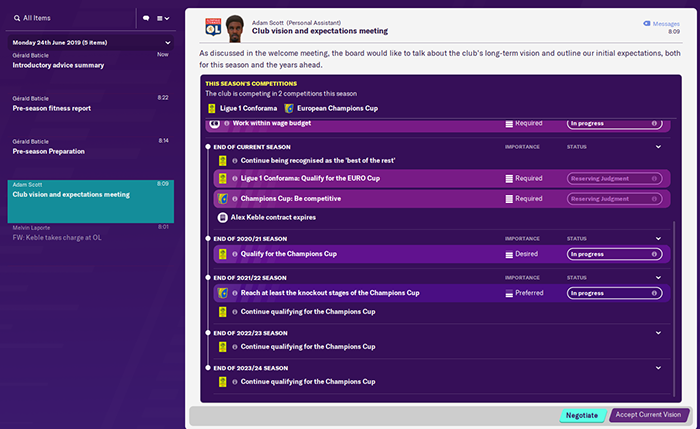 David Beckham launches a new MLS club in 2020, and while very little is known about Inter Miami, this is a once-in-a-lifetime chance to define the future of a brand-new team.

Becks, the owner and president, has a new stadium coming in 2022 so the goal here is to win the MLS before that point.

If that isn’t enough to get you onboard, how about black and pink shirts? Living in Miami? OK, but there’s a sizeable budget to get you started and lenient expectations from the board.

This small Andorran club, founded in 1942, have been humbly competing in the Spanish system for most of their existence. But FC Andorra erupted in December 2018 when Gerard Pique bought the club and pumped a load of money in, leading to a 22-match unbeaten streak and promotion to the fourth tier.

Then Pique splashed the cash even more controversially, paying roughly £400,000 to replace ousted Reus Deportiu in the Segunda Division B – literally buying their way up the pyramid.

Everybody will hate you and your wealthy players, so if there’s an element of Jose Mourinho in you then this is the perfect challenge – and one completed when you face Pique in a La Liga match.

Nobody expects Ajax to repeat last year’s feat of reaching the Champions League semi-final, which is precisely why this is a superb challenge for those looking to build a dynasty.

The Ajax squad remains extremely talented after losing fewer players than anticipated over the summer, and better still there is £65million to spend. That’s enough to sign a load of wonderkids and take Ajax back to the glory days.

Joining Louis van Gaal and Johan Cruyff in the hall of fame will require something extra special in Europe, but on your way to achieving this the challenge is to win a record five Dutch titles in a row. The first one is done for you. 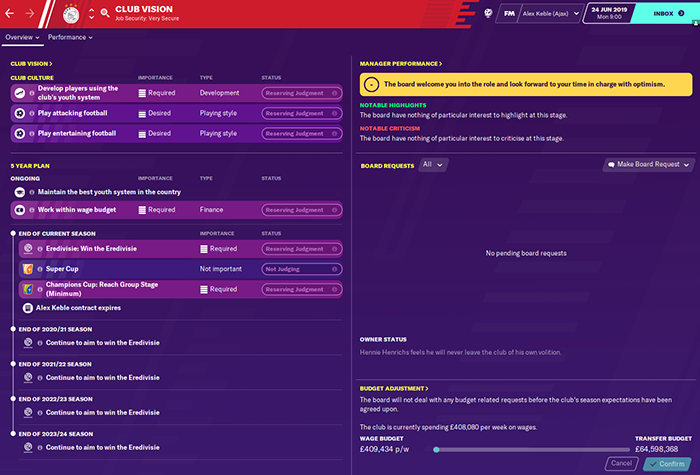 Five years on from the Class of ’92 purchase of the club, Salford City have made it to the Football League for the first time in their history.

Things will get a lot harder now, as has been proven by their real-life mid-table position at the one-third mark of the campaign. Taking the club all the way to the top will not be easy.

But think how satisfying it would be to see Salford above Man Utd in the league, which given their ongoing crisis is not impossible in a five- or six-year time frame.

What’s more, Salford are listed as having a ‘Sugar daddy’ on Football Manager, which means the money will keep pouring in. There’s £100k to spend in year one, but that comes at a price: the board want promotion within two years.

It has only been 12 years since Stuttgart last won the top prize in German football, but in May 2019 they were relegated to the Bundesliga II for the second time in three years. In danger of becoming a yo-yo club, the very least these five-time Bundesliga champions deserve is stability in the top tier.

You should be able to take them one better, mind, since in the 36 years between 1978 and 2014 Stuttgart played European football in 24 different seasons.

They belong on a bigger stage, and as promotion favourites, gradually building them up is a simple yet pleasing goal.