The 10 fastest players to reach 100 goals at a club: Ronaldo, Suarez… 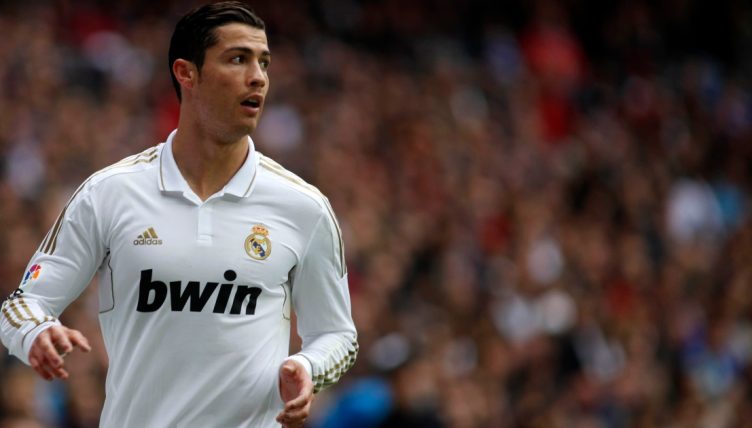 The struggles of the likes of Antoine Griezmann, Romelu Lukaku and Eden Hazard have led some to question the wisdom in spending astronomical amounts of cash on big-name signings.

The likes of Barcelona, Atletico Madrid and Real Madrid may well be pondering a different strategy in the future, but to be fair there have been lots of notable successes of high-profile names delivering on their mega price tag.

For example, this list of the 10 fastest players to reach 100 goals for a single club in the 21st century is dominated by famous names, who were signed by top clubs for big fees whilst at the peak of their powers…

The Italy international had turned out for seven different clubs before he found his home, at the age of 26, in the Eternal City.

Immobile had struggled to find goals after high-profile moves to Borussia Dortmund and Sevilla, but had usually done well in home country, particularly with Pescara in Serie B and a prolific season in Serie A with Torino.

But it’s at Lazio where he’s enjoyed a sustained run of good form, averaging 30 goals a season during his six years at the Stadio Olimpico, with a particularly stunning 36-goal haul enough for him to be awarded a third Capocapponiere award for Serie A’s top scorer as well as the European Golden Shoe in 2019-20.

Before his eyebrow-raising move to La Liga also-rans Atletico in 1997, Vieira was on top of the world at Juventus. He’d starred for the Old Lady they’d won the Serie A title and reached the Champions League final, and averaged a goal a game in his one season in Spain, before swiftly returning to Italy with Lazio.

The Italian striker seemed to get itchy feet through the 90s, transferring seven times in seven seasons between 1992 and 1999, before eventually settling down in Milan. He only won one Coppa Italia during his six years at the San Siro, but notched 123 goals in 190 appearances, and started like a house on fire.

Given he burst onto the scene as a teenager in Monaco’s extraordinary run to the Champions League semi-finals, as well as winning the Ligue 1 title, in 2016-17, it should be no surprise that PSG broke the bank for Mbappe’s signature (originally on loan) in the same summer they spent €222million on Neymar.

Safe to say, he’s lived up to his price tag.

Lewandowski had already established himself as one of Europe’s best No.9s with a key role in back-to-back Bundesliga titles for Borussia Dortmund, as well as unforgettably scoring four goals in one game against Real Madrid in the 2013 Champions League semi-final.

It was no surprise, then, that the prolific centre-forward continued to keep banging in the goals after joining Pep Guardiola at Bayern Munich on a free transfer the following summer. He’s actually got better with age, and could well end up beating Gerd Muller’s Bundesliga tally – a once-unthinkable prospect.

Players to have reached the 30-goal mark in the Bundesliga the most:

• All other players combined: 5 times pic.twitter.com/bdpxdPWoDM

Things haven’t been quite as successful in year two at Old Trafford, but Cavani became an instant fan favourite with his Indian summer stint at Manchester United, having arrived at Old Trafford after overtaking Zlatan Ibrahimovic to become PSG’s all-time top scorer.

But it was arguably at Napoli where the Uruguayan was at his very best, scoring 104 goals in 138 appearances across three seasons between 2010 and 2013. That kind of record could have seen him become a Maradona-esque diety at the Stadio San Paulo if he’d played in a better side.

Sir Alex Ferguson had to be patient for the Dutch striker to eventually show up at Old Trafford, with his original proposed move to a cruciate knee ligament injury.

That didn’t stop his poacher’s instinct, though, and he was worth the wait once he eventually did arrive, hitting the ground running from day one.

“He’s just a ruthless, ruthless goalscorer. He just lived for scoring goals. Whenever he did score or didn’t score, the first thing he would do when we got on the team bus, after the game, was see if Henry scored,” Paul Scholes later told the UTD Podcast.

“If Henry had scored, he wouldn’t talk to anybody for the full trip home because he was so engrossed in being the leading goalscorer. Not just at United but in the league, in the world, everywhere.” 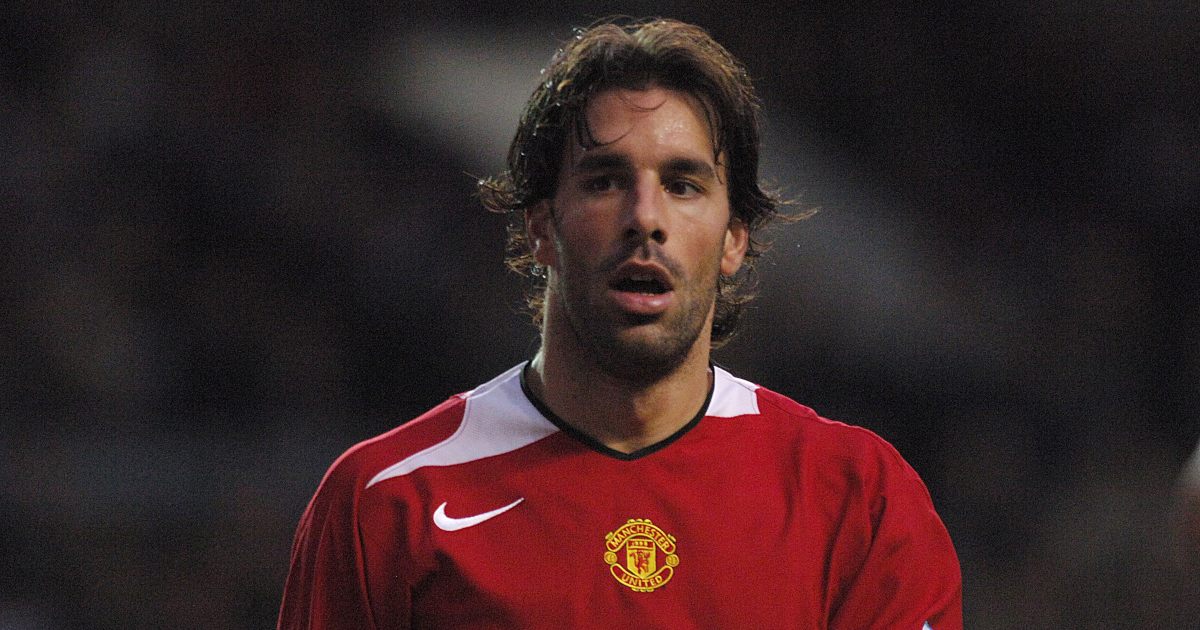 Five-time Ballon d’Or-winner Ronaldo had won the Champions League in four of his last five years at Real Madrid and is the competition’s all-time top scorer.

So there was a certain degree of logic when Juventus signed him in 2018, as the final piece of the puzzle to win Ol’ Big Ears, having long since conquered domestic Italian football.

Things didn’t quite work out that way, with shock exits to Ajax, Lyon and Porto, but Ronaldo has continued banging in the goals in Italy, scoring his 100th goal in just 131 appearances in all competitions.

The veteran goalscorer also won his first Cappocaponiere award, having scored 29 Serie A goals, five more than anyone else, to help the Old Lady sneak a top-four finish in 2020-21.

A comfortable and much-needed two goal cushion for Pirlo's side going in to half time 👏 pic.twitter.com/SGUdip8Pfw

Ibrahimovic had already won four Serie A titles with three different clubs, two Eredivisie titles with Ajax, and a La Liga title with Barcelona when he became a statement signing for newly-minted PSG in 2012.

Not only did he win the title in each of his four years in the French capital, but he scored at least 30 goals in each, peaking with 50 goals in 51 appearances in his final season there. Fair to say he delivered what was expected.

Norwich City fans still have nightmares about Suarez at his terrifying best at Liverpool, but they could breathe a sigh of relief when he left, becoming Barcelona’s record signing in the summer of 2014.

Having served a four-match ban for all football activities, dished out by FIFA after he chomped on Giorgio Chiellini at the World Cup in Brazil, he was quite literally chomping at the bit once he was able to get started at the Camp Nou, fitting into an irresistible attack alongside Neymar and Lionel Messi.

Suarez scored 25 goals in 39 appearances as Barcelona won the treble in 2014-15, and didn’t slow down from there, scoring 59 goals the following year, and eventually 198 across his six years there.

Needless to say, Mario Balotelli and Rickie Lambert struggled to fill his shoes at Anfield… 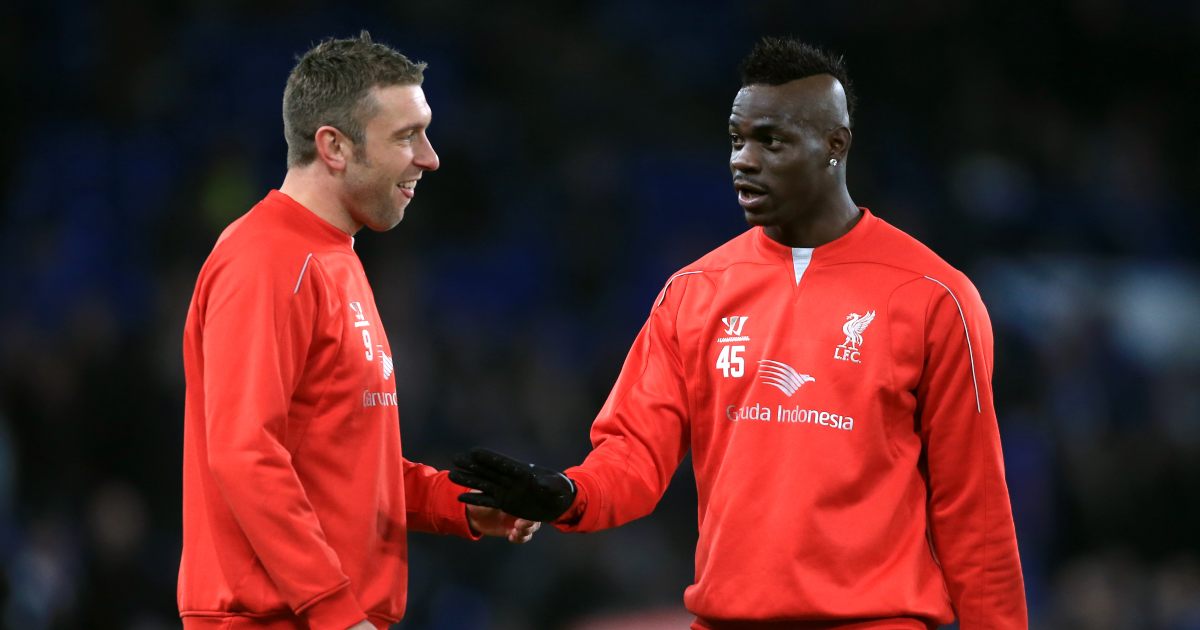 READ: Where are they now? Liverpool’s nine Luis Suarez replacements from 2014

Florentino Perez’s second Galactico project kicked off with the world-record signing of Ronaldo in 2009, arriving off the back of three successive Premier League titles with Manchester United.

The Portuguese icon had to be patient for silverware, with nothing in his first season, and only the Copa del Rey in his second, but goals were not a problem.

He scored a respectable 33 goals in 35 appearances in his first season under Manuel Pellegrini, which was actually his worst return in nine years, going on to score at least 50 goals six seasons running between 2010 and 2016, and eventually comfortably surpassing Raul as Los Blancos’ all-time top scorer.