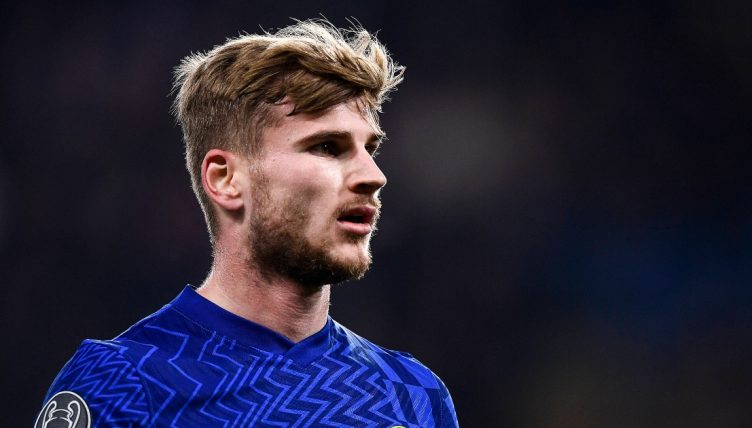 Back in 2015, then-Barcelona star Lionel Messi selected 10 young footballers and tipped them for stardom in the future.

Imagine being one of those chosen; you’ve started building your reputation as a player to watch and suddenly one of the best ever to have played the game has mentioned you in dispatches. The spotlight would break as many as it emboldened.

We’ve investigated just how those 10 players have fared in the years since Messi’s endorsement.

After Kenedy starred for Fluminense in Brazil, Chelsea won the race for his signature in a £6.3 million deal in the summer of 2015.

The winger showcased glimpses of his talent and made 20 appearances in all competitions during a promising debut season at Stamford Bridge.

But he’s since become one of their perennial loanees, spending time at Watford, Newcastle United, Getafe and Granada.

The Brazilian signed a new contract with Chelsea in 2021 before returning to his homeland to represent Flamengo on a season-long loan deal but was recalled by Chelsea in January 2022 as they struggled for cover at wing-back.

Cornet refused to sign a new contract at his boyhood club Metz and joined Lyon in January 2015, shortly before being selected by Messi.

He made over 250 appearances for the club and was a key part of the side that reached the Champions League semi-finals in 2020.

After five and a half years at the Groupama Stadium, the Ivory Coast international opted for a new challenge and completed a £12.9million move to Burnley in 2021.

While Burnley endured a difficult 2021-22 season, Cornet was their standout player, scoring nine Premier League goals. With clubs seemingly lining up to take him back to the top flight, we doubt he’ll be at Burnley a great deal longer.

HOW DID CORNET MISS!?!

[IF THIS HAPPENED AGAINST EVERTON HE’D SLOT HOME EVERY TIME.] pic.twitter.com/lRC8fWIVfg

A Chelsea academy product, Boga was tipped for a bright future at Stamford Bridge but made just one 18-minute appearance for the first team.

He was named in the starting Xl for their Premier League game against Burnley in August 2017, only to be withdrawn after Gary Cahill’s early dismissal.

After spending the rest of that season on loan at Birmingham City, the Ivory Coast international was then sold to every hipster’s second favourite team Sassuolo in a £3.5million deal.

Boga went gone from strength to strength, establishing himself as one of the best dribblers and most exciting wing-backs in Serie A.

And, in January 2022, he earned a move to every hipster’s absolute favourite team Atalanta.

Wilson came through the academy at Manchester United and enjoyed a dream debut, scoring a brace against Hull City in May 2014.

But he failed to build on that promising start and scored just two more goals for the club before being released at the end of the 2018-19 season.

The 25-year-old had spells at Aberdeen and Salford City but is now plying his trade for Port Vale, who won the League Two playoffs in 2022.

The more cruelly-inclined among you may suggest that Werner should spend the next 12 months picking up a banjo and learning how to hit a cow’s arse.

But any player with his scoring record in the Bundesliga must be have been doing something right at some point. Werner scored 95 goals for RB Leipzig in four seasons, playing his way into the Germany squad before earning a £47.5million move to Chelsea in 2020.

He’s found things harder in England but Werner has plenty of supporters at Stamford Bridge who admire his intelligence, work rate and his staggering number of goals that have been ruled out.

We reckon Messi was right about this one.

Hopefully, this is the start of a feast run for Timo Werner! 🤞🔥 pic.twitter.com/3KY4Kaufxh

Zardes appeared on Messi’s radar after his 16 goals helped LA Galaxy win the 2014 MLS Cup and earned him an international call-up from the USA.

The striker failed to live up to this initial promise until he was transferred to Columbus Crew in 2018. He was named the MLS Comeback Player of the Year Award after scoring 19 goals and led the team to the MLS Cup in 2020.

He was transferred to Colorado Rapids in 2022 and remains an important part of the USMNT, scoring the winner in the 2021 Gold Cup semi-final win over Qatar in one of his 67 appearances for his country.

One of the more obscure inclusions on Messi’s shortlist, Bentivegna was a young forward at Palermo in 2015 but never broke through at the Silician club.

After a number of loan deals, the most productive of which was at Carrarese, he made the permanent switch to the Serie C side in 2018.

He now plays for Imolese, on loan from Juve Stabia, and his two appearances for Italy’s Under-20s feel a very long time ago.

A clever and subtle attacking midfielder, Miranchuk currently plays for Atalanta alongside Boga after the Serie A side paid Lokomotiv Moscow €15million for his services in 2020.

The 26-year-old scored on his league debut against Inter Milan but struggled to settle in Italy and some rumours linked him with a move away to Zenit St Petersburg in January.

That did not materialise, though, and Miranchuk appears to be staying in Bergamo for at least another season.

Miranchuk also played in all three of Russia’s matches at Euro 2020, scoring the winning goal against Finland in the group stages.

Lopes was on Manchester City’s books when Messi made his announcement and was promoted to the first-team squad by Manuel Pellegrini for the 2014-15 season.

But the attacking midfielder never made the grade at City and was sold to Monaco for £9million in 2015. He found Ligue 1 more to his liking and, after impressing on an 18-month loan at Lille, was recalled by Monaco and scored 17 goals during the 2017-18 season.

Sevilla were suitably taken by Lopes and signed him in 2019 but, mirroring his experience at City, he’s found himself loaned out – firstly to Nice and then Olympiacos.

Lopes was also included in Portugal’s preliminary 35-man squad for the 2018 World Cup but didn’t make the final cut.

Another more unfamiliar name but Shelton was selected second overall by New York City FC in the 2015 MLS SuperDraft and was building something of a reputation during the mid-2010s.

It’s never quite worked out for the forward though; he failed to make a big impression for New York and was sold to Kansas City in 2017.

He remains with the Midwestern club today, although Shelton did spend the majority of 2019 with 2. Bundesliga side SC Paderborn 07.