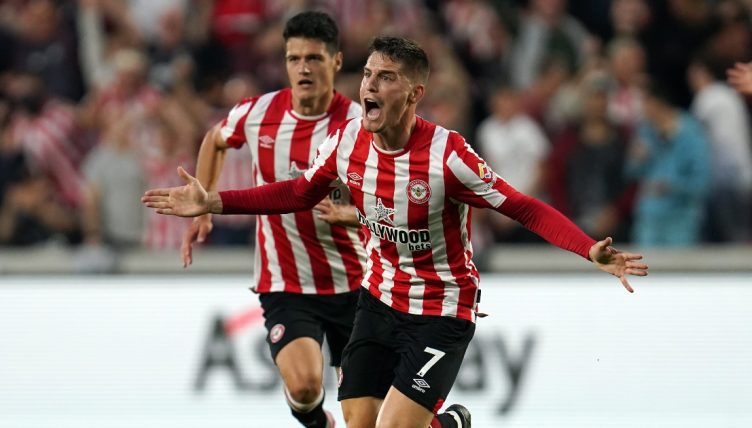 Liverpool have always given young players a chance to prove themselves  – but some of their academy graduates are now playing elsewhere.

The likes of Trent Alexander-Arnold and Curtis Jones have become key players for Jurgen Klopp but there are always those who leave for pastures new.

We’ve taken a look at the 10 Liverpool academy graduates that are currently playing in one of Europe’s top six leagues – the Premier League, La Liga, Serie A, Bundesliga, Ligue 1 and the Primeira Liga.

Sterling, who started in the youth ranks of QPR, joined Liverpool as a 15-year-old in 2010 and made his senior debut less than two years later.

The winger quickly established himself as a fan-favourite at Anfield, forming part of a deadly attacking trio alongside Luis Suarez and Daniel Sturridge in 2013-14.

But that relationship deteriorated when he refused to sign a new contract and made an acrimonious exit to Manchester City in 2015.

The 26-year-old has repaid every penny of the £50million investment City made, helping them win three Premier League titles, four League Cups and an FA Cup.

Despite excelling for England at Euro 2020, he’s had a mixed 2021 at club level and has been linked with a move to Barcelona.

A born and bred Scouser, Coady grew up supporting Liverpool and made two appearances for his boyhood club before dropping down a division to join Huddersfield Town in 2014.

“Leaving Liverpool was a massive decision for me,” Coady told the Liverpool Echo in 2018. “It’s a brilliant club but I reached a point where I had to be realistic about my chances of playing.

“The players in front of me at the time were Steven Gerrard, Lucas Leiva, Joe Allen and Jordan Henderson. I just wanted to play – to go somewhere to learn and get better.”

After a year with the Terriers, he moved to Wolves and was converted to a centre-back by Nuno Espirito Santo.

The England international has now made over 250 appearances for the club, and will likely continue to impress under Bruno Large this term.

🗣 "I can't believe you've just put this on me" 🤣@Carra23 putting Conor Coady on spot as being a replacement for Virgil van Dijk at Liverpool pic.twitter.com/QAchkQgKuv

Hoever made his senior Liverpool debut at the age of 16 but was never going to usurp Trent Alexander-Arnold as Jurgen Klopp’s first-choice right-back.

The Netherlands Under-18 international made a further three first-team appearances in 2019-20 before joining Wolves in a £9million move.

He is currently behind Nelson Semedo in the pecking order but has still made 19 appearances in all competitions since the start of 2020-21.

“I am happy with what Ki did in this game,” Large said after their 1-0 defeat to Leicester in August 2021. “What we have in this position at right-back is what I want in the whole squad. A top player like Nelson and a top young player like Ki to be competitive.”

Having come through the ranks at Liverpool, Kelly made his debut against PSV in 2008 and went on to make another 62 appearances for the Reds.

But the former England international suffered a serious knee ligament injury in September 2012 and his Liverpool career never really recovered.

Kelly was sold to Crystal Palace for around £2million in 2014 and is now into his eighth season with the club. Though he has played just one Premier League game since the start of 2020-21, it’s fair to say he’s forged a solid career at Selhurst Park.

Canos joined Liverpool from Barcelona’s famous La Masia academy in 2013 but made just one substitute appearance for the Reds.

After spending the 2015-16 season on loan at Brentford, he decided to leave Anfield on a permanent basis and joined Norwich City in a £2.5million deal.

The midfielder returned to Brentford a few months later and has since made over 150 appearances for the Bees. He helped them win promotion in 2021 and scored their first-ever Premier League goal, finding the back of the net in a 2-0 win over Arsenal on the opening day of the season.

LIFT OFF FOR BRENTFORD! 🚀

Sergi Canos wastes no time in firing a low effort that beats Bernd Leno at his near post – West London is rocking! 🔥

Driscoll-Glennon joined Liverpool’s academy at the age of six but wasn’t able to earn a professional contract and was released at the end of the 2017-18 season.

He then joined Burnley following a successful trial and made an immediate impression as he was appointed captain of the Under-23s.

The 21-year-old made three appearances in domestic cup competitions in 2020-21 but is still waiting for his Premier League bow.

Suso joined Liverpool from hometown club Cadiz as a 15-year-old in 2010 and was given his senior debut by Brendan Rodgers two years later.

But he failed to nail down a regular role at Anfield and, after a loan spell at Almeria, signed for AC Milan on a permanent deal in 2015.

The Spain international carved out a good career in Serie A before signing for Sevilla in 2020. He won the Europa League a few months later and remains a key player for Julen Lopetegui’s side.

In a 2018 interview with The Guardian reflecting on his time at Liverpool Suso said: “In a sense, I became a man before I became a footballer. It was very hard with the lifestyle and language.

Gulacsi was signed from Hungarian side MTK Budapest in 2007 but only got as far as the bench for the Reds, spending spells on loan at Hereford United, Tranmere Rovers and Hull City.

The goalkeeper was picked up by Austrian side Red Bull Salzburg in 2013 before moving to their sister club RB Leipzig two years later.

He has since established himself as one of the best shot-stoppers in the Bundesliga and came up against Liverpool in 2020-21, conceding four goals across both legs of their Champions League last-16 clash.

The 31-year-old has now made over 200 appearances for the German side and was recently appointed as their new captain.

Chirivella made just 11 senior appearances during his seven years on Merseyside, including one solitary game in the Premier League.

The midfielder joined Ligue 1 side Nantes at the expiration of his Liverpool contract in 2020 and has established himself as one of the first names on the team sheet.

Camacho had just one minute of Premier League football to his name at Liverpool and grew impatient over his lack of first-team opportunities.

After rejecting the offer of a new contract at Anfield, the winger rejoined former club Sporting Lisbon in a £5million deal in 2017.

He has scored one goal in 26 appearances for Sporting and is spending 2021-22 on loan at fellow Primeira Liga side Belenenses.

“[Liverpool] was very good for me in terms of growth and I still keep in touch with some players,” Camacho told A Bola in September 2021.

“Sadio Mane, Roberto Firmino, Fabinho are some players with whom I got along well and from time to time they send a message to find out how I am and to give some advice.”