While a good defence provides the foundation for every great football team, they need world-class attacking players to win major trophies.

Liverpool and Manchester United are blessed with some excellent forwards and they have two of the best attacking tridents in Europe.

We’ve looked at which attacking trios from Europe’s top five leagues have scored the most goals in all competitions so far this season.

Liverpool’s iconic front three of Mohamed Salah, Roberto Firmino and Sadio Mane have helped the Reds to their first league title in 30 years.

Salah has been their top scorer for the last two seasons and already has 21 goals in all competitions in 2019-20.

Mane isn’t far behind with 17 while Firmino is yet to reach double figures, but his role is about so much more than just scoring goals.

Dortmund currently have two of European football’s most sought-after young talents in their squad.

Jadon Sancho is having the best season of his career to date and the winger has scored 20 goals in all competitions at the time of writing.

Erling Haaland has scored 16 goals in his first 17 games since arriving at Dortmund in January and Reus has found the back of the net on 12 occasions.

Atalanta have been one of the surprise packages from the 2019-20 season and they are currently fourth in Serie A.

Josip Ilicic is enjoying his best ever goalscoring season and the 32-year-old has 21 goals in all competitions so far this season.

Team-mates Duvan Zupata and Luis Muriel have also contributed to Atalanta’s impressive form and they have both scored 14 goals in 2019-20.

Marcus Rashford and Anthony Martial have developed into key players this season and the pair have both scored 19 goals for the Red Devils in 2019-20.

Mason Greenwood has also had an impressive breakthrough season at Old Trafford, registering 12 goals in all competitions so far. 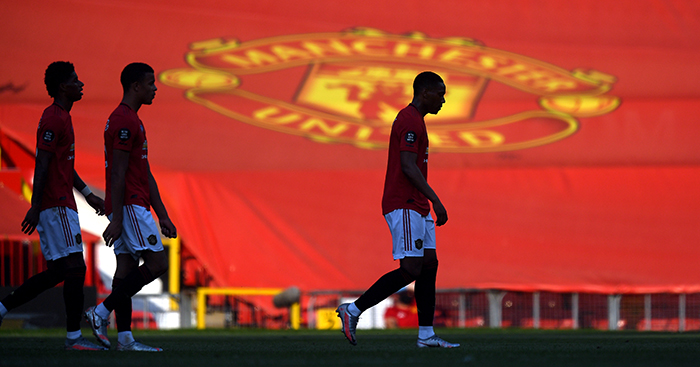 Cristiano Ronaldo continues to prove that age is just a number and the 35-year-old has scored 27 goals in all competitions in 2019-20.

Paulo Dybala has been providing ample support to Ronaldo in attack, while also contributing 15 goals of his own this season.

After spending last season out on loan, Gonzalo Higuain returned to Juventus last summer and has scored nine goals in 2019-20.

Lionel Messi has 629 goals in his Barcelona career and 26 of those strikes have come in the 2019-20 season.

Antoine Griezmann has been heavily criticised after a slow start to life at the Nou Camp, but the forward still has 14 goals in his debut season.

Luis Suarez has struggled with injury problems over the last few months and the striker has scored 14 times in 27 outings for the Spanish side this term.

Chelsea bound Timo Wermer has been a revelation for RB Leipzig this season, scoring 32 goals in 44 appearances in all competitions.

Marcel Sabitzer has also played his part in making Leipzig’s attacking line one of the best in Europe, with the Austrian finding the back of the net 16 times in 2019-20.

Emil Forsberg became the third player to reach double figures for the Bundesliga side this season, scoring 10 goals in 30 appearances.

We're sure Timo will fit in well at the Bridge, he already knows how to score against Spurs 😈

City may have missed out on the Premier League title in 2019-20, but they still have one of the most lethal attacking trios in European football.

Sergio Aguero has shown no signs of slowing down this season and the striker has scored 23 goals in all competitions for Pep Guardiola’s side.

Raheem Sterling has scored over 20 goals for the third consecutive season while Gabriel Jesus has also chipped in with 18 goals.

Kylian Mbappe, Mauro Icardi and Neymar form the world’s most expensive frontline and they’ve been in incredible form for PSG this season.

Icardi has also contributed 20 goals in his debut season at PSG while Neymar has scored 18 goals despite struggling with injury problems.

Bayern have enjoyed yet another successful season, largely thanks to the irrepressible Robert Lewandowski, who has scored 48 goals in all competitions in 2019-20.

Serge Gnabry has developed into one of the best wingers in the world since leaving Arsenal, scoring 19 goals so far this season.

As well as providing 24 assists to his team-mates, Thomas Muller has also scored 11 goals for the German side this season.

You can not give Robert Lewandowski an inch!

So clinical. So deadly!

Lewy at his best 👏 pic.twitter.com/hrRTpk0Nt1