The 10 most valuable squads in Europe: Man City ahead of Man Utd… 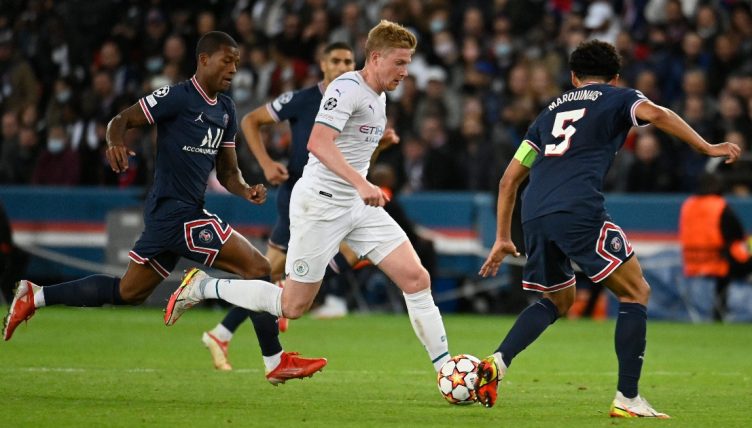 Another summer went by with Premier League clubs investing mind-blowing amounts of money in bolstering their squads, with Manchester United, Manchester City, Arsenal and Chelsea in particular spending big.

We all know who the high rollers are in elite European football, but what about which clubs are currently holding the most valuable assets? The International Centre for Sports Studies (CIES) have published a ranking of all the clubs in Europe’s big five leagues in order of their squad value.

Unsurprisingly, it’s the moneyed English clubs who dominate the upper echelons of the list, but there are also some European giants in the top 10 for good measure. He’s how the top 10 breaks down.

It’s no surprise to see Atletico make it into the top 10, given how they’ve risen to superclub status during Diego Simeone’s reign – two-time Champions League finalists and La Liga champions under the Argentinian coach.

So many players have grown massively in value under Simeone’s tutelage, and years of buying low to sell high allowed them to invest €126million in Joao Felix back in 2019. The 21-year-old Portugal international hasn’t quite set things alight as expected, but he remains a star asset for the club – along with names like Marcos Llorente, Jan Oblak and summer signing Rodrigo De Paul.

The Bundesliga club may have sold the likes of Ousmane Dembele, Jadon Sancho, Christian Pulisic and Pierre Emerick-Aubameyang for massive profits in recent years, but that business model doesn’t look set to change anytime soon.

Erling Haaland is the obvious next in line to leave for big bucks, but then there’s also the likes of Jude Bellingham, Giovanni Reyna and Donyell Malen. And when the time comes for that lot to move on, you’ll imagine that Dortmund will already have invested shrewdly in the next generation of rising stars.

"I can't stop Mino Raiola and Alf-Inge from traveling" ✈️

The likes of Neymar, Lionel Messi, Kylian Mbappe and Angel Di Maria may have little resale value, relative to what PSG have invested – Messi will be 35 next summer and Mbappe could well leave on a free – but it’s inevitable that one of the most expensively-assembled squads in the history of football will retain plenty of that value.

And a crop of younger players – 22-year-olds Gianluigi Donnarumma and Achraf Hakimi, 18-year-old Xavi Simons and 19-year-old Nuno Mendes – ensure that Qatar Sports Investment would be set for a big payday were they ever looking to cash out.

There’s an argument that Real Madrid’s squad is unbalanced, with not enough players in the prime years of their mid-20s.

Liverpool have acted decisively to protect many of their key players – Trent Alexander-Arnold, Alisson, Fabinho, Diogo Jota and Virgil van Dijk are all contracted until 2025 or beyond. You can’t imagine any of them leaving any time soon, certainly not on the cheap.

There are questions over their era-defining front three – Sadio Mane, Roberto Firmino and particularly “the best player in the world” Mohamed Salah – all of whom see their current deals expire in 2023. The trio are pushing 30 and Jurgen Klopp may have plans to freshen things up, but you’d imagine they’ll want to ensure that Salah and Mane don’t get close to the infamously precarious final year of their contracts.

Jamie Carragher says Mohamed Salah is one of the best players in Europe and urges Liverpool to tie the forward down to a new contract 📝 pic.twitter.com/jpjLKvdvMJ

Unlike Juventus, who have dropped out of the top 10 entirely, Bayern have done remarkably well to transform their squad while maintaining their domestic dominance. 35-year-old Manuel Neuer, 32-year-old Thomas Muller and particularly 33-year-old Robert Lewandowski remain world-class players, but their advancing years mean that they’re not as valuable as they once were.

But otherwise Bayern look young and vibrant, and boast some truly brilliant players either in their peak years or still have them ahead. Niklas Sule, Joshua Kimmich, Leon Goretzka, Serge Gnabry, Leroy Sane, Kingsley Coman, Dayot Upamecano, Lucas Hernandez, Alphonso Davies and Jamal Musiala – all of them are younger than 27. Don’t expect to see Bayern fall anytime soon.

Waving goodbye to the best player in their history for nothing while loaning Antoine Griezmann back to La Liga champions Atletico Madrid shows quite how deep the rot has spread at Barcelona and the scale of their financial crisis. They may well have to further scale things back next summer as they look to further decrease their wildly out of control wage bill.

Given that wider context, it’s a miracle that their squad remains so valuable. If they’re desperate, you can imagine they’d receive a pretty penny for Dutch duo Frenkie de Jong and Memphis Depay.

Recruitment in recent years has been seriously flawed (hello, Philippe Coutinho), but Pedri and Ronald Araujo were brilliant bargain signings, while La Masia continues to produce future stars like Gavi and Ansu Fati.

The kids really are the future at Barcelona. 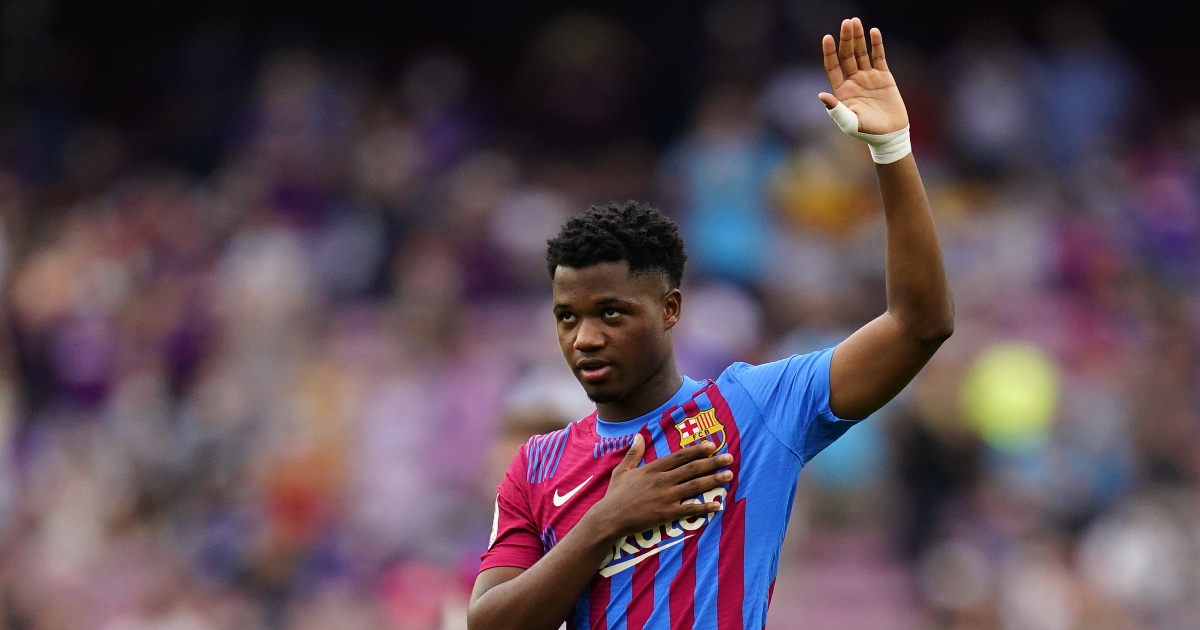 READ: Ansu Fati and the five other youngsters that could save Barcelona’s season

Given they’re the current European champions and went on a youth recruitment drive in 2020, not to mention that Cobham academy graduates are finally starting to break through and make a real impact both for the Blues and on the international stage, it’s no surprise that Chelsea are flying high here.

Only City have spent more on assembling their squad than their Manchester rivals, so it makes sense that United occupy the No.2 spot on this list.

Unlike the likes of Liverpool and Chelsea, the Red Devils have really struggled to recoup funds by selling players in recent years. Cristiano Ronaldo, back in 2009, remains their record sale, while Angel Di Maria and Lukaku were sold at losses.

Still, if United wanted to raise funds in 2021, they have no shortage of lucrative assets. Jadon Sancho, the club’s 21-year-old new signing, joins academy graduates like Dean Henderson, Marcus Rashford and Mason Greenwood in terms of a core of young players to watch, while established senior internationals like Harry Maguire, Raphael Varane and Bruno Fernandes would command big fees.

Were Paul Pogba not into the final year of his deal at Old Trafford, you imagine that United might be top of this list.

A lavishly put together squad who have become serial winners at The Etihad, not to mention many of their star names – Raheem Sterling, Kevin De Bruyne, Phil Foden, Ruben Dias – have taken their game to new heights under Pep Guardiola.