The 10 oldest outfielders to play at a World Cup: Pepe, Marquez, Alves… 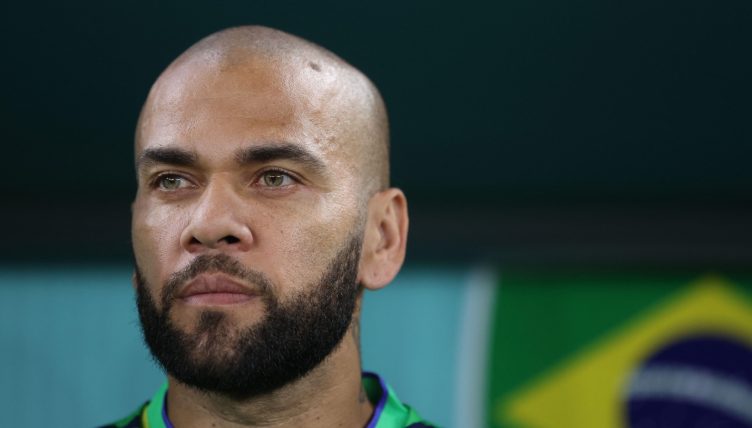 Era-defining players like Lionel Messi, Cristiano Ronaldo and Luka Modric are all playing what’s surely their last-ever World Cups at Qatar 2022 – but they won’t quite be the oldest players to have represented their country on the biggest global stage.

The World Cup has seen some legendary veterans have one final go at international glory, going all the way back to the 1950s and up to the present day.

We’ve taken a look way beyond that, looking at the oldest outfield players to ever feature at a World Cup.

The Australian scored in three successive World Cups – 2006, 2010 and 2014 – and is his country’s all-time top scorer in the history of the tournament with five goals in total. Who could forget his stunner against the Netherlands in Porto Alegre?

The former Everton favourite was unable to stretch that record to four World Cups, drawing a black as he bowed out aged 38 years, six months and 20 days at Russia 2018.

Yepes was captain of the Colombia squad which made it to the quarter-finals of the 2014 World Cup, eventually losing 2-1 to hosts Brazil.

It was their best-ever performance at a World Cup, while Yepes earned his 100th cap in a squad that featured the oldest player ever to play in the competition, 43-year-old goalkeeper Faryd Mondragon – at least, he was at the time, with 45-year-old Egypt keeper Essam El Hadary breaking that record at Russia 2018.

It's quite mad that 38-year-old centre back Mario Yepes isn't even the oldest player in the #COL squad (3rd choice GK Faryd Mondragon is!)

Denmark finished top of their group at the 2002 World Cup, joining Senegal in defeating holders France, who finished bottom of Group A.

And in Denmark’s group game with Senegal, Heintze made his second and final appearance in the tournament aged 38 years, 9 months and 20 days, before being replaced as captain by Rene Henriksen.

The Russian centre-half was 38 years, 11 months and 23 days old when the 2018 hosts were eliminated on penalties at the quarter-final stage by eventual runners-up Croatia.

“I couldn’t imagine that I would finish my football career on such a high note,” Ignashevich wrote after announcing his retirement days later.

A 39-year-old Matthews travelled to the 1954 World Cup alongside other legendary names such as Nat Lofthouse and Tom Finney.

The only player to appear in both the 2002 and 2018 World Cups, Mexican centre-back Rafael Marquez became the first player to captain his nation at five different tournaments in Russia.

He was 39 years, four months and 19 days when he played for Mexico in a 2-0 defeat to Brazil – keeping up his run of captaining Mexico in five successive Round of 16 eliminations.

Rafael Márquez has captained his country at every World Cup in the 21st century. pic.twitter.com/H7QJGdBKr1

The third player from the 1958 World Cup to appear in this list is Argentine forward Labruna, who played in two group games as his side finished bottom of their group.

Chelsea centre-back Thiago Silva became the oldest Brazilian to play in a World Cup match during the Selecao’s first two outings of Qatar 2022. But that record was broken in a matter of days.

One of the most decorated footballers in the history of the sport, Dani Alves has enjoyed a truly remarkable career. The former Barcelona right-back was 39 years, 6 months, 26 days old when he was named in Tite’s starting XI for the relatively low-stakes final group stage outing, which turned out to be a 1-0 defeat.

Brazil-born Pepe has made over 100 appearances for Portugal since making his international debut back in 2007. Qatar 2022 is his eighth major international tournament for the nation where he obtained citizenship and became naturalised at the age of 24.

The legendary sh*thouse helped Portugal keep a clean sheet as he featured in a 2-0 group stage victory over Uruguay, at the age of 39 years, nine months and three days, and featured against four days later as they lost 1-0 to South Korea.

Six players over the age of 40 have appeared at a World Cup, but Milla is the only outfield player to achieve the feat.

It also makes him the oldest scorer at a World Cup, as he netted in Cameroon’s final match of the 1982 tournament, a 6-1 defeat to Russia with Milla aged 42.