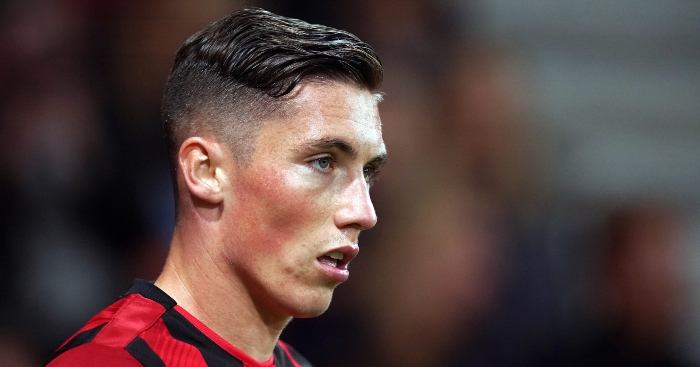 With Liverpool flying high in the Premier League, a few of the club’s fringe players have been forced to go out on loan in search of regular first-team football.

A handful of the Reds’ youngsters have been looking for minutes to prepare them for Euro 2020, while others aren’t as far along in their career path.

Here’s how they’re all getting on so far. Spoiler: some have been more productive than others.

After joining Liverpool in 2015, work permit issues prevented Allan from ever turning out for Liverpool.

The Brazilian spent 2019 back home with Fluminense on loan before finally completing a permanent move away from Anfield, joining Atletico Mineiro in January.

Nigerian forward Awoniyi is no stranger to loan moves, having been sent away from Anfield five times before the start of the 2019-20 season.

He made it six in August, joining Jurgen Klopp’s former club Mainz on a season-long deal aiming to replicate the fine goalscoring record from his time with Mouscron in Belgium.

Sadly, it hasn’t quite worked out. Awoniyi has yet to complete 90 minutes in the Bundesliga, starting one game and coming off the bench for another five, and is still waiting for his first Mainz goal.

The England Under-21 striker finally made his Reds debut in September, having seen his 2018-19 season decimated by injury, and played three times in total for the first-team.

With Liverpool’s front three tearing up the Premier League and Divock Origi providing a solid option in reserve, Brewster took the opportunity to spend the second half of the season at Swansea under Steve Cooper, with whom he won the Under-17 World Cup with England in 2017.

Brewter made his Swans debut in the south Wales derby against Cardiff, playing 90 minutes in a fiery goalless draw.

A debutant in Klopp’s first Liverpool season, Ejaria has taken a back seat as Liverpool have strengthened and grown into European champions.

The midfielder is still just 22, though, and impressed enough at Reading in the second half of last season for the Royals to extend his loan for another year.

Another to go out to the Championship, Polish under-21 goalkeeper Grabara was picked up by newly-relegated Huddersfield for a season in the second tier.

He has perhaps been busier than expected, with the Terriers flirting with a second-straight relegation under Jan Siewert and his replacement Danny Cowley, averaging more than two saves per game.

With Adrian and Caoimhin Kelleher both seeing action in cup competitions, the 21-year-old might well set his sights on a Liverpool debut next season if he can impress for the remainder of his time in Yorkshire.

Grabara is becoming increasingly clutch, what a save at full extension #htafc pic.twitter.com/vZt3omO4QQ

Jurgen Klopp’s first Liverpool signing has passed the midway point of a two-year loan with Hertha Berlin, and there have been suggestions the German club could look to make the move permanent.

The Serbian midfielder is still just 23 and has played in 15 of Hertha’s 17 league games this season as they look to build on last season’s mid-table finish.

Grujic hasn’t featured in the Premier League since December 2017, but the Reds may yet decide to give him another opportunity next season.

More than eight years after joining Liverpool as a 14-year-old, Ojo doesn’t look close to a return to first-team action at Anfield.

A move to Rangers is the Englishman’s fifth loan spell away from his parent club, none of which have seen him set the world alight.

The winger is at least playing semi-regularly under Steven Gerrard, scoring four times in the Europa League, but that debut under Klopp in 2016 feels a very long time ago.

Young centre-back Phillips was recalled from a loan spell with Stuttgart in order to earn a Liverpool debut, and after a shaky start in the FA Cup game against Everton he played his part in an impressive victory for an under-strength XI.

The 22-year-old had played 11 games for his loan club, nine in the 2. Bundesliga and two in the cup, as Die Roten have pushed for immediate promotion back to the top-flight.

He returned to Germany in January, with Klopp deciding Liverpool have enough defensive cover, and will see out the remainder of the season at second-tier Stuttgart.

The only Premier League loanee on this list, Wilson started like a train for Bournemouth but has seen his form mirror that of the struggling south coast club.

The Welshman scored twice in his first two Cherries games and had seven by the end of November but hasn’t found the net since. That goalless run also included a spell on the sidelines, but Bournemouth have just one point and one goal from four games since his Boxing Day return.

Liverpool should still be pleased with Wilson’s game-time and early-season form, though, and he’ll be looking to play himself back into form ahead of the European Championships.

Another Welsh international, Woodburn looked set to rebound from last season’s struggles until injury stood in the way of his plans.

The forward played just eight games for Sheffield United last season but had already surpassed that for loan side Oxford United before suffering a broken foot in October and a further setback during his recovery.

He’s on course to return in February, where he’ll look to add to his one goal and five assists, but faces an uphill battle for Euro 2020.