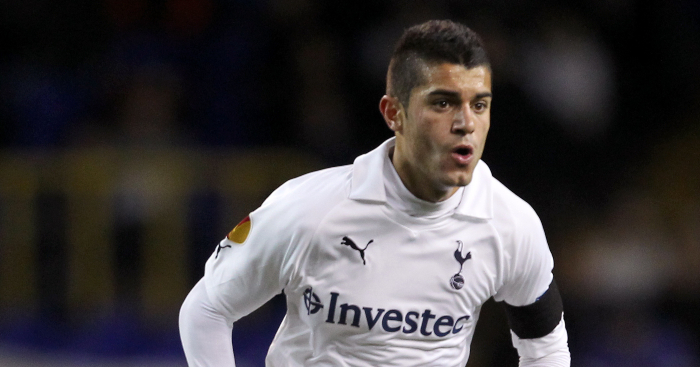 Tottenham has been home to some Premier League greats over the years – but not everyone can be a success in north London.

We’ve taken a look back at every player to make just one appearance for Tottenham in the Premier League.

We’ve excluded Luke Amos, who is still technically on the books at Spurs, albeit on loan at QPR, and could still add to his solitary game.

The first of three goalkeepers in this list, Segers is best known in England for an eight-year spell with Wimbledon in which he made over 300 appearances for the then-top flight outfit.

After dropping into non-league with Woking, he made a remarkable return to the Premier League by joining Tottenham as a back-up option in 1998, appearing in a 1-1 draw with Southampton shortly after joining before retiring in 2001.

Alnwick earned a reputation as a promising goalkeeper while appearing during some tough times at Sunderland, catching Tottenham’s eye with an impressive display in a 3-2 defeat to Spurs in which he performed admirably, saving a penalty from Robbie Keane.

The goalkeeper was on Tottenham’s books for five years but was sent out on loan seven times, making his only appearance for Spurs on the final day of the 2009-10 season, conceding four goals in a 4-2 defeat to Burnley.

Now 33, he has been without a club since leaving Bolton in December 2019.

The second consecutive member of the infamous Leeds United loan 100 on this list, Clapham carved out a solid career as a left-back, most notably for Ipswich Town and Birmingham City, after appearing in Spurs’ 2-1 defeat to Coventry City in May 1997.

After starting his career at Tottenham, Dearden subsequently made over 400 appearances in the Football League, over half of which came in a six-year spell at Brentford.

The goalkeeper was loaned out nine times in three years at Spurs, making his only appearance in the Premier League after replacing the injured Erik Thorstvedt in a 2-1 defeat at Nottingham Forest.

“We were losing 2-1 at half-time and that was the result in the end, so I always tell everyone that I never let a goal in in the Premier League!” he told us in 2017. 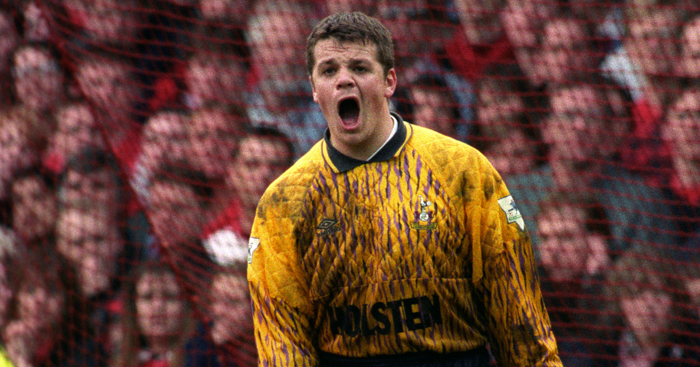 READ: The story of the third-choice Spurs keeper who played just one PL game

Smith may not have made the grade in north London – a 14-minute cameo in a win over Fulham was his only run-out in the Premier League for Spurs – but the right-back has established himself as a Premier League regular at Bournemouth, for whom he has made 137 appearances in the top flight.

A prime example of the fine margins at elite level football, Lancaster was once considered ahead of Harry Kane in the pecking order at Tottenham but now plays in the second tier in the USA for Louisville City.

There was plenty of excitement surrounding Yedlin when he signed for Spurs after some eye-catching performances at the 2014 World Cup for the USA.

But his only game in the Premier League for Spurs came in an 11-minute cameo in a defeat at Aston Villa as it soon became apparent the right-back is perhaps not the most reliable defensively.

Still, he has remained in England and become a Premier League regular with Sunderland and Newcastle.

Basing his game on Teddy Sheringham, Slabber impressed Glenn Hoddle enough to be called up to Spurs’ first team at a time when he already had the likes of Robbie Keane, Les Ferdinand, Sergei Rebrov, Steffen Iversen and Sheringham himself as forward options.

Slabber came off the bench in a 3-2 defeat against Liverpool and even provided an assist to earn special praise from Hoddle, but his career quickly unravelled after the former England boss was sacked and upon the striker’s eventual release he found himself unwanted by clubs in the Football League.

By the time Falque arrived at Spurs as a 21-year-old in 2011, he could already list Real Madrid, Barcelona and Juventus on his CV.

But the forward’s Premier League career amounted to five minutes as a substitute in a 2-1 defeat to Everton before being loaned out three times and eventually establishing himself in Serie A with Genoa, Roma and Torino.

“Maybe the move to Tottenham, it was not a wise decision on my part,” he said in 2018. “It was the only step back in made in my career.”

A Slovakia youth international, Lesniak came off the bench to provide Harry Kane with the assist to complete his hat-trick as Spurs thumped Leicester 6-1 at the King Power Stadium in May 2017.

But the midfielder was released by Tottenham the following month, and he has since played the rest of his career in Denmark.