The 10 players with the highest combined transfer fees: Lukaku top… 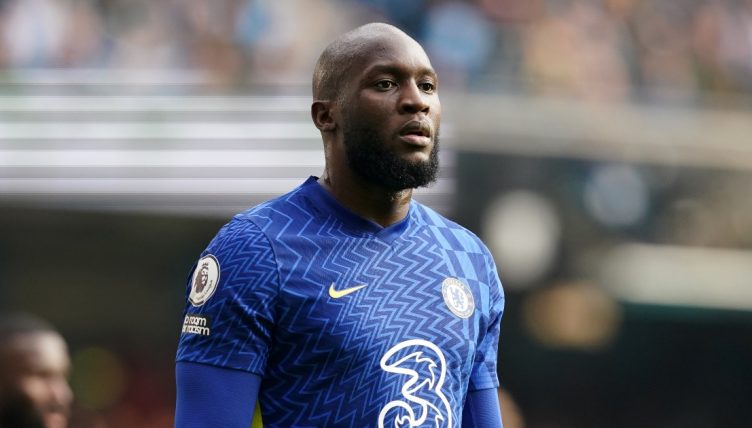 Former stars of Manchester United, Liverpool and Chelsea are among the top 10 footballers to have the highest accumulated transfer fees paid for them in their career.

Europe’s biggest clubs are willing to break the bank to sign highly-rated players and PSG smashed the world transfer record by signing Neymar in 2017.

We’ve looked at the 10 players with the highest cumulative transfer fees. Note: we’ve included any potential add-ons in the total figures.

Di Maria joined Benfica from Rosario Central for £7million in 2007 and his impressive performances led to a £20.3million move to Real Madrid in 2010.

Manchester United broke the British transfer record to sign Di Maria in 2014, but he was allowed to leave the club for a substantial loss just a year after arriving.

The Argentina international is now into his seventh year at PSG, where he’s re-found his form and has scored 90 goals in 286 appearances in all competitions.

After coming through the ranks at Real Sociedad, Griezmann completed a £24million move to Atletico Madrid in 2014.

The France international then developed into one of the world’s best forwards under Diego Simeone’s guidance, scoring 133 goals in 257 appearances.

Barcelona activated his £107million buyout clause in 2019, but the 30-year-old struggled to replicate his Atletico form at the Camp Nou.

With Barca desperate to rectify their eye-watering debt, Griezmann was loaned back to Atletico in August 2021 with a £33.4 million permanent deal in the offing at the end of the season.

Borussia Dortmund have an exceedingly great eye for young talent and signed Dembele from Rennes for just £13million in 2016.

After just a year in Germany, the winger joined Barcelona as a direct replacement for Neymar in a £135.5million deal, helping Dortmund to fund six brilliant transfers.

He has been plagued with injury problems over the last few years, while Barcelona have reportedly had several concerns about his attitude off the pitch.

Matters appeared to come to a head in January 2022 when Barca instructed Dembele to find a new club after rejecting all offers of a contract renewal.

Dembele was jeered by Barca supporters during recent matches against Atletico Madrid and Napoli but Xavi has hinted of potential reconciliation.

“He is an exemplary professional,” the Barca boss said. “I have not had a single problem with him and I have heard all sorts.

“That he has not been professional, that he doesn’t take care of himself… it is the opposite. He trains well and he is positive around the group.

“As for the rest, let’s see. His deal is up at the end of the season and [what happens] depends on him and the club. All I can say is that he is a player I really like.”

Coutinho joined Liverpool from Inter Milan for just £8.5million in 2013 and was sold to Barcelona for a £133.5million profit five years later.

The Brazil international has failed to live up to expectations at the Camp Nou and the transfer was summed up when Coutinho scored two goals against Barcelona during his loan spell at Bayern Munich in 2019-20.

He’s now in the process of becoming a cult hero at Aston Villa. It’s lovely to see a player of Coutinho’s ability playing with a smile on his face again but we can’t help thinking this wasn’t part of the plan…

One of football’s great nomads, Morata has already completed four major transfers between some of Europe’s biggest clubs.

The striker came through the Real Madrid academy and was sold to Juventus for £15.8million in 2014, but the Spanish side exercised their buy-back clause two years later.

He then had an ill-fated stint at Chelsea before completing a £58million move back to Spain with Atletico Madrid in 2020.

The 28-year-old spent the 2020-21 season on loan at Juventus and the temporary deal has been extended until June 2022.

Hazard first caught the world’s attention through his performances at Lille, and Chelsea won the race for his signature in 2012.

The Belgium international then spent successful seven years at Stamford Bridge before joining Real Madrid for fee that could reach £130million.

His first two seasons at the Bernabeu were hampered by a series of injury problems and there’s been little sign of the old Hazard this campaign either.

At 31, it’s hard to see Hazard recapturing the zest that made him one of the world’s best attackers. In fact, his greatest legacy at Madrid looks like inspiring that El Chiringutio showstopper…

Despite only making one transfer in his career, Mbappe still makes it into the top four.

He came through the ranks at Monaco and burst onto the scene in 2016-17 before agreeing to join PSG on a season-long loan deal.

They then made the move permanent for £165.7million, and the France international has justified that price tag, scoring 154 goals in 204 appearances at the time of writing.

Mbappe looks likely to join Real Madrid on a free transfer this summer – but his position on this list looks assured for years to come.

Signed for just £12.2million from Sporting Lisbon by Manchester United, Ronaldo developed into one of the best players in the world at Old Trafford.

Real Madrid then brought the winger to Spain for £80million in 2009, and he proved to be excellent value for money, scoring 450 goals in 438 appearances in all competitions.

Having won two La Liga titles and four Champions Leagues with Los Blancos, the 36-year-old completed a £99.2million move to Juventus in 2018.

Ronaldo is now back at Old Trafford – signing from Juventus for the small fee of £12.86 million.

The 37-year-old hasn’t enjoyed a fairytale season at United but we’re presuming he’s made the club plenty of money which, if you know the Glazers, is the real quiz.

After starring for Santos, Neymar joined Barcelona in a £48.6million deal in 2013 before forming part of a deadly attacking trio alongside Lionel Messi and Luis Suarez.

PSG then signed the forward for a world-record fee of £198million in the summer of 2017, a move which sent shockwaves across Europe and caused Barcelona to plunge themselves into debt trying to replace him.

The 30-year-old hasn’t been linked with a move away in the years since but, if he were to ever leave PSG, you’d imagine he’d command a heft transfer fee.

While Lukaku has often divided opinion during his career, he has an impressive goal-scoring record wherever he goes.

The striker joined Chelsea from Anderlecht in an £18million deal in 2011 and was sold to Everton for a £10million profit in 2014.

Manchester United paid the Toffees £76million for his services in 2017 before shipping him off to Inter Milan two years later in a deal worth £74million.

The 28-year-old silenced his critics with 64 goals in 95 games for Inter and Chelsea agreed to pay £97.5million to bring him back to Stamford Bridge in 2021.

Lukaku may have burnt his bridges with the Chelsea fans following his invisible performances and that interview, which creates the possibility that Chelsea will cut their losses on their record signing this summer.

11 transfers that were dramatically hijacked by other clubs: Silva, Malcom…