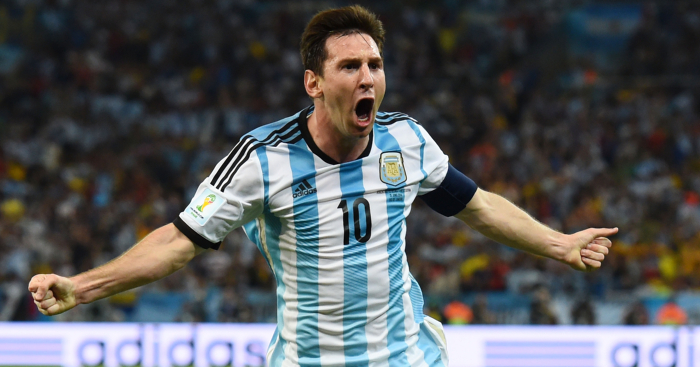 Arsenal, Real Madrid and Bayern Munich are among the teams to provide the most experienced World Cup players this summer.

Unsurprisingly, this list is made up of many previous tournament winners and finalists – with the odd surprise package here and there.

We’ve looked at the 10 players with the most appearances at the competition who will be hoping to add to their tally in Russia.

Iniesta entered himself into the World Cup hall-of-fame back in 2010 when he joined the famous list of players that have scored in the final.

The 34-year-old midfielder left boyhood club Barcelona at the end of last season on the back of yet another La Liga title.

In what will be Iniesta’s farewell World Cup, could he end this in the same fashion?

The PSG striker is also making his way to Russia with 10 appearances currently to his name.

Going into this year’s tournament in excellent goal-scoring form, the forward will be hoping to add to the two goals he currently has at World Cup level.

Uruguay are favourites to top Group A, which includes hosts Russia, and the deadly strike force of Cavani and Suarez will be chomping at the bit to get started. Sorry, Luis.

A relatively straightforward group means Cavani could be in line for the Golden Boot, argues @JimKnight88.https://t.co/oOTFD0GLbx

Word Cup winner Kroos is certain to add to his appearance total in Russia.

The Real Madrid midfielder is going into the 2018 tournament in the prime of his career and will be hoping to add to the heroics of the last tournament by joining the exclusive list of teams to retain the trophy.

On the back of three-consecutive Champions League crowns, Kroos is already on a high heading into the tournament and will be part of a squad many others will be wanting to avoid at all costs.

If there’s one player that will be desperate to perform at this year’s tournament, it’s this man.

The Juventus striker will be hungry for revenge after the loss in the 2014 final, in which he missed a couple of gilt-edged chances to win the game for Argentina.

Higuain is now under added scrutiny from the watchful eyes of the public, given Mauro Icardi missed out on the squad despite a stellar season for Inter.

Gonzalo Higuain on not scoring in the final of the 2014 FIFA World Cup: "I scored a more beautiful goal and that is having a daughter and a wife. And for me, that's more important. Everything else comes secondary after being a father." Via @TNTSportsLA pic.twitter.com/bXyzFRMKnw

The experienced midfielder still has plenty to offer and will be hoping to have done enough to nail a starting position down in Russia.

After missing out in the 2014 final, the Juventus man will be hoping he and his country can repeat the same feat this time round.

In what could very well be this man’s last tournament, he is bound to make an impression at some point.

By far Portugal’s most experienced player with 150 caps to his name, Ronaldo will be hoping to trump the heroics of Euro 2016 and add the World Cup to his extensive list of honours.

The now 33-year-old is still hitting ludicrous stats at club level, scoring 44 goals in 44 appearances, despite what was considered a ‘bad’ start to the season by his standards.

The most experienced man in the entire German squad with 91 caps, 13 of which have come in World Cups.

With 10 goals from only two competitions, 28-year-old Muller is a machine at these tournaments.

The Bayern Munich attackers is bound to add to his tally in Russia and with a couple of competitions minimum left in his locker, the forward will have his eyes set on the all time goal-scoring record currently held by fellow countryman Miroslav Klose.

The fourth and final German in this list, trumping the rest of his team-mates, is the Arsenal man.

Ozil played a pivotal part in the 2014 World Cup win, appearing in every single game throughout the tournament and scoring a vital 119th-minute winner against Algeria in the round of 16.

Although the midfielder comes under fire a lot at club level for numerous reasons, he always seems to perform at international level and is highly trusted by manager Joachim Low.

Just missing out on top spot – something he won’t want to happen at this tournament – is the main man Messi.

A man that has carried his country so many times throughout his career and never reaped the rewards, something he will be desperately wanting to change.

After agonisingly missing out in the 2014 final, the little genius will be hoping and praying his team can go one better this year.

Unsurprisingly, at 39 years of age, the centre-back is not only the most-capped Mexican player at the World Cup but also the oldest outfield player to be selected.

Despite retiring from club football at the end of last season, Marquez has still found himself a spot in his national side. A rarity to say the least.

The veteran may play no part in this year’s tournament, but with 141 International appearances to date, he definitely brings an experienced head to the dressing room.