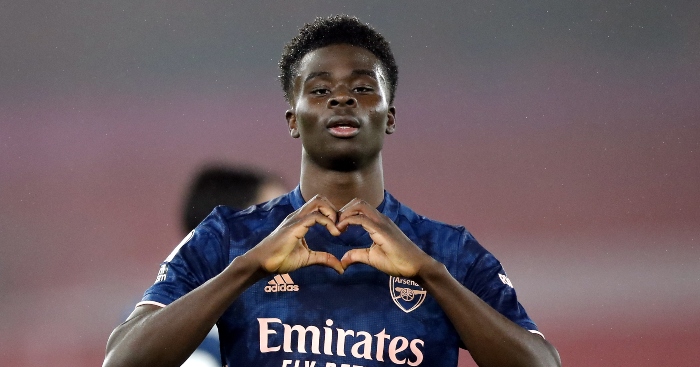 While Arsenal and Barcelona may be enduring difficult seasons, they do at least have some of the most exciting teenagers in the world on their books.

Every squad needs a bit of experience in the dressing room, but there’s nothing quite like seeing a young player bursting onto the scene in the first team.

We’ve looked at the 10 teenagers who’ve registered the most combined goals and assists in Europe’s top five leagues this season.

After impressing at Las Palmas, Pedri joined Barcelona in an initial €5million transfer and is widely regarded as one of the best youth products in Spanish football.

The 17-year-old has already established himself as a key player for Ronald Koeman’s side, registering two goals and two assists in La Liga so far this season.

“Especially given that I didn’t know him that well, the player who’s surprised me the most [since arriving] is Pedri,” Koeman said in November.

“I knew Barca had signed him from Las Palmas and I had seen tape of him, but I don’t think anyone expected the rapidity of his development since joining – playing and training with the best players at Barca aged just 17, delivering such high levels of performance.” 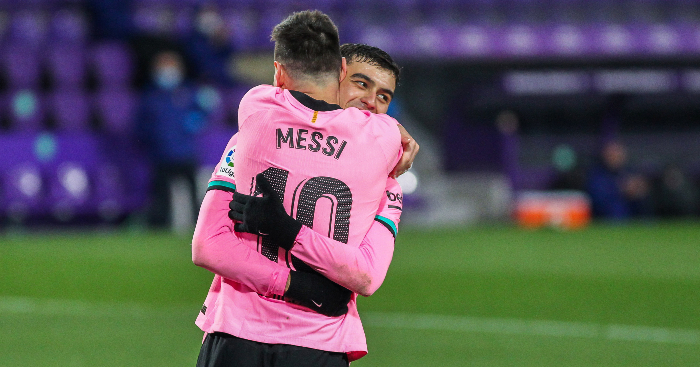 READ: Pedri’s assist for Leo Messi shows the apprentice is learning from the master

A Rennes academy graduate, Truffert enjoyed a stunning top-flight debut in September 2020, coming off the bench to grab a goal and assist against Monaco.

The left-back has now made 14 Ligue 1 appearances, adding two more assists to his name.

The first player born in 2002 to feature in Germany’s top flight, Thielmann is already earning plaudits for his performances at Cologne.

He has two goals and two assists in 15 Bundesliga appearances this season, including a stoppage-time winner against relegation rivals Schalke.

After breaking records and enjoying a brilliant breakthrough campaign with Barcelona in 2019-20, Fati started this term aiming to prove that he’s no one-season wonder.

The 18-year-old scored four goals in his first seven La Liga appearances in 2020-21 before suffering a serious knee injury in November. 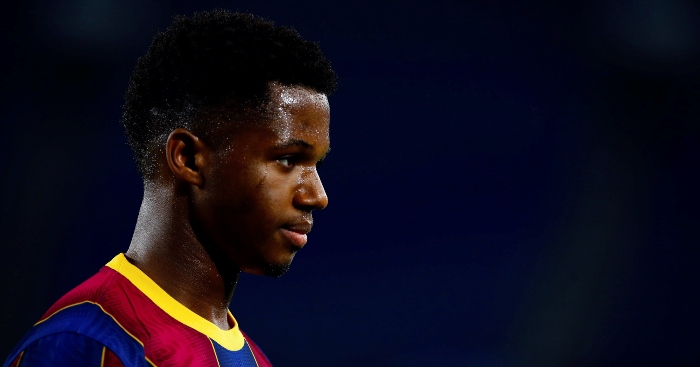 Despite being linked with Borussia Dortmund, Bayern Munich, Barcelona and Arsenal, Aouchiche joined Saint-Etienne on a free transfer after leaving PSG in the summer.

The midfielder has made a great first impression at his new club, registering two goals and three assists in 12 Ligue 1 starts.

Another product of the PSG academy, Kalimuendo joined fellow Ligue 1 side RC Lens on loan in search of regular first-team football.

After becoming the first Lens in 70 years to score in his first three league games as a starter, he’s since added a goal against Brest and an assist against Lyon.

While Lens have an option to sign the player on a permanent deal, PSG can use a loophole to revoke it if they change their mind over the course of his loan spell.

After leaving the Barcelona academy in Arizona to join Schalke in 2019, Hoppe was promoted to their first-team squad in November 2020.

In only his third start for the club, the striker became an overnight sensation by scoring a sensational hat-trick against Hoffenheim to end Schalke’s 30-game winless run.

The American was also on target in subsequent outings against Eintracht Frankfurt and Cologne, taking his tally so far to five goals in eight Bundesliga games.

“He’s a boy who’s unbelievably ambitious, has tremendous commitment and only thinks about Schalke,” Schalke coach Christian Gross – yes, that Christian Gross – said. “He wants to do whatever it takes to get us out of this situation.

Schalke had gone 30 matches without a win…

The first-ever American to score a Bundesliga hat-trick 🇺🇸 pic.twitter.com/RgG7EC4zgc

The 19-year-old has picked up where he left off last season, becoming one of the first names on the Arsenal team-sheet under Mikel Arteta.

Saka has five goals and two assists in 18 Premier League appearances in 2020-21, beating his tally of six direct goal contributions in 2019-20.

“He’s really humble, really respectful and at the same time has that character to demand the ball, to make decisions that are not very usual for his age,” Arteta said recently. “We need that leadership and he’s gaining that with his attitude and his performances.

“He’s all the time asking to train more to improve in areas that he can do better. That was certainly one, producing the final bit in the box to score or assist. He’s doing that much more often.

“If he’s able to do that with the intelligence that he has, with the work rate that he shows on the pitch and with the capacity that he has to understand the game in different positions, then he becomes a really different player.” 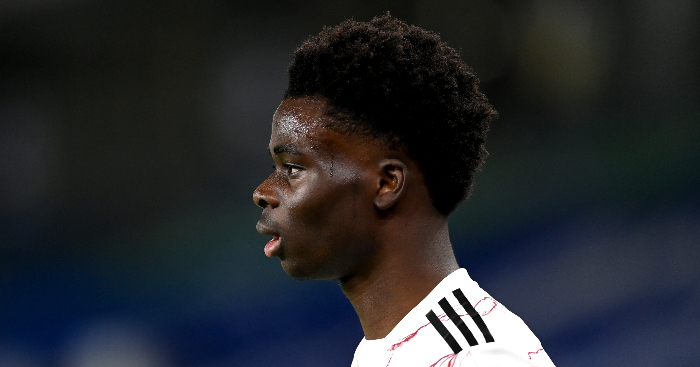 READ: Bukayo Saka remains a beacon of light amid the darkness at Arsenal

Having become Bayer Leverkusen’s youngest-ever debutant in the Bundesliga in May 2020, Wirtz has now established himself as a first-team regular.

The 17-year-old has helped vill the void left by Kai Havertz, providing three goals and four assists in 15 league appearances this season.

The USA international has seven direct goal contributions in the Bundesliga this season, including a hat-trick of assists in Dortmund’s 4-0 win over Freiburg.

“I called him the American Dream before and that’s true,” Dortmund team-mate Erling Haaland said in June 2020. “He’s only 17 years old and what he’s doing on the pitch is amazing. He has a huge future in front of him.”