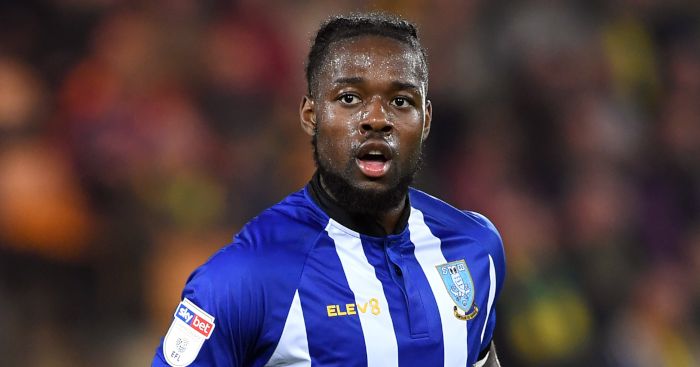 Given Tottenham‘s lack of transfer activity, their young players out on loan this season will have hoped to have impressed enough to earn a chance in the first team next term.

Spurs failed to sign a single player last summer and in January, and while they are expected to be busier in the upcoming transfer window, Mauricio Pochettino could look to freshen up his first-team squad with some players who are already on the books in north London.

We’ve taken a closer look at the 10 players to be loaned out by Tottenham this season to see how they’ve fared.

After gaining plenty of first-team experience on loan at Aston Villa last season, including an appearance in the play-off final, Onomah returned to Tottenham in the summer hoping to work his way back into Pochettino’s plans, having made a combined 31 appearances in all competitions across the two previous campaigns.

Pochettino himself said “Josh is in our plans,” but an untimely injury ruled the attacker out of Spurs’ pre-season tour of the USA, and he ultimately joined Sheffield Wednesday on a season-long loan deal.

It has been a difficult season at Hillsborough for the 22-year-old, who was not helped by Wednesday’s change of manager and injury issues, as he made just 10 starts in the Championship to go with five further substitute appearances.

The England Under-21 international failed to find the back of the net for the Owls, although he did provide three assists.

A report in The Sun in January credited Borussia Monchengladbach and Hoffenheim with interest in Onomah, whose future may now lay elsewhere.

Having previously been compared to Lionel Messi by Mauricio Pochettino, Edwards’ fledgling career has failed to live up to the hype, with the attacker playing just 15 minutes in the League Cup for Spurs and having a loan spell at Norwich City cut short after just one appearance amid questions about his attitude.

A season-long loan at Excelsior has given the chance for the 20-year-old to finally play regular first-team football, and he has impressed in the second half of the season, with two goals and four assists to his name.

“He is of a bizarre level, what he can do is really not normal,” Excelsior team-mate Jeffrey Fortes said in February. “I have not experienced a better player in my career, and Mauricio Pochettino did not make that comparison with Messi for nothing.

“He was referring to his way of moving and there is really something in him.”

Out of contract at Spurs this summer, Ogilvie spent the season on loan at Gillingham, having also turned out for the side last term.

The 23-year-old defender took a while to re-establish himself back at the League One outfit but played in every league game from the end of November onwards, ending the season with 39 appearances to his name in all competitions.

Another player who initially found regular minutes hard to come by at his loan club, Carter-Vickers was in and out of Swansea City’s starting XI for the first half of the season but became a mainstay under Graham Potter in 2019.

Having made 34 Championship appearances in 2017-18 for Sheffield United and Ipswich Town, it is the second consecutive season the 21-year-old has benefited from regular first-team football, and Football.London suggest Pochettino will take a good look at the centre-back this summer before deciding on his future.

Cameron Carter-Vickers in the Championship this year ⤵️

-> Most Interceptions per 90 minutes on Swansea ✅

-> Second on Swansea in aerial duels won per game ✅

On the way to a top 5 league and the Gold Cup? #USMNT #OneGoal pic.twitter.com/TZsypiC2Ho

The 20-year-old has spent the season in the Spanish third tier, helping Atletico Baleares win group three of the division with six goals and four assists in 33 appearances.

Shashoua, an attacking midfielder of English and Venezuelan heritage, still has a year left on his Tottenham contract, although another loan move appears the most likely option.

After making a surprising four-minute cameo with a crucial assist for Harry Winks’ winner in the 2-1 win at Fulham – which ultimately proved crucial for Spurs’ Champions League qualification – Nkoudou was sent to Monaco for the second half of the campaign.

The French club may not have been the best place to try find some consistency given they have been engulfed by a nervous breakdown this season, and the winger played just 21 minutes across three substitute appearances before a hamstring injury curtailed his campaign.

Another player who has been sent on loan to Spain’s third tier, Georgiou joined Levante in January but has linked up with the club’s B team.

The 21-year-old, who made his solitary Spurs appearance in the 2017-18 Champions League, has scored once in 11 appearances for the Spanish outfit.

Like Shashoua, Georgiou also has a year left on his Tottenham contract to run.

Having made his solitary Spurs appearance in a League Cup tie against Liverpool three years ago, Harrison has had spells on loan at Yeovil and Southend but took the unusual step of moving to the A-League in the January transfer window when he joined Melbourne City.

The 21-year-old attacker scored four goals and provided one assist in 11 appearances for the Australian outfit, and the move seemed to make a big impression on the youngster judging by his Instagram post upon his return to north London.

It’s been a pleasure to play for this great club, @melbournecity Devastated to go out at the very end like that. I’d like to thank all of the players & staff at the club for making me feel so welcome from day 1. It was an honour to be able to work and play alongside you all. And to the fans that have supported the team & I the whole way through. I can’t thank you enough for making my experience such an enjoyable one in this amazing country. I’ve made memories that I’ll never forget, and friends that I hope to see again soon. All in which has contributed to developing me as a person. Thank you guys. 💙

Having joined Sunderland’s League One promotion bid in January, Sterling has been limited to eight substitute outings for the Black Cats but still managed to score his first senior goal in a 3-0 win over Accrington Stanley.

Addressing his decision to drop down two divisions, Sterling said in February: “I’ve played quite a lot of youth football and it was really important for my development for me to go out on loan and get gametime.

“That [the chance of involvement at Spurs] was definitely on my mind but I felt that, turning 20, this would be a better chance for me to play regular football rather than get on for five minutes. It’s always a dilemma but you have to come out of your comfort zone.”

It’s safe to say it hasn’t quite gone to plan.

A potential switch to Hibernian failed to materialise for Glover in January, and the goalkeeper instead made the eye-catching move of joining Helsingborg on loan in April.

The Australia Under-23 international is yet to make an appearance for the club.