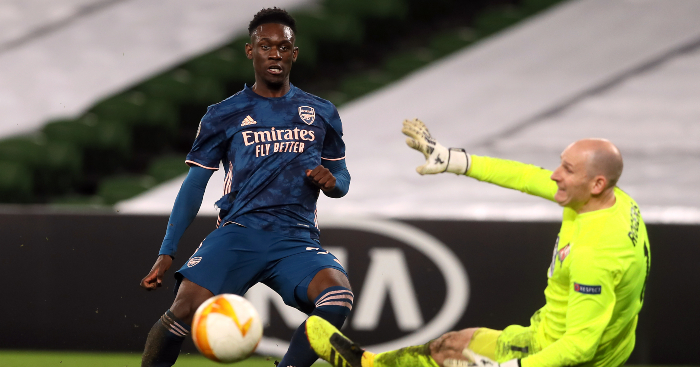 Arsenal have a proud tradition of giving young players an opportunity in their first team, and manager Mikel Arteta has plenty of promising prospects currently emerging at the Emirates.

According to FMScout.com‘s list of Football Manager 2021’s 725 Wonderkids, 11 are currently on the Gunners’ books. That’s defined as “players with high potential ability who are not older than 20 years old on July 1, 2020”.

And we’ve taken a closer look at the starlets that Arsenal fans are right to be excited about.

Well, this is a bit of an awkward one to start with. At least Football Manager rates you, William. Shame the same can’t be said about Arteta, sure.

Willock has mainly had to make do with European and domestic cup football during his career with Arsenal to date, but the midfielder was thrown into the starting XI for two Premier League fixtures in October.

It’s worth giving him more opportunities yourself if only to see if he can recreate that goal against Liverpool.

A name that might not be too familiar with supporters, Patino signed his first professional deal with Arsenal in October.

The 17-year-old midfielder has played above his age group for club and country, captaining England’s Under-16s as a 14-year-old.

Pinto’s talents have not gone unnoticed by Arteta, who has already invited the youngster to train with the first team.

Forget his promise on Football Manager, Arteta could do with Martinelli back in the team now.

Given we just spent far too long on Football Manager 2020 trying to buy Saka to play for our Leeds United save, we’re excited to go through all that rigmarole again now his ratings will reflect his superb breakthrough season in 2019-20.

Like Willock, Nelson has had to rely on cup competitions for the bulk of his first-team football this season.

The 21-year-old shone for periods on loan at Hoffenheim two seasons ago but has yet to nail down a regular place at the Emirates.

Another academy player to recently sign his first professional deal, Hutchinson can play on either flank or centrally as an attacking midfielder.

The 17-year-old has already been on the books in north London for six years and has been capped by England at youth level.

Smith Rowe joins Willock and Nelson in completing Arsenal’s trio of exciting attacking midfielders right on the verge of establishing their place in the first team.

The 20-year-old spent last season on loan at Huddersfield Town but has had to make do with Europa League football this term. 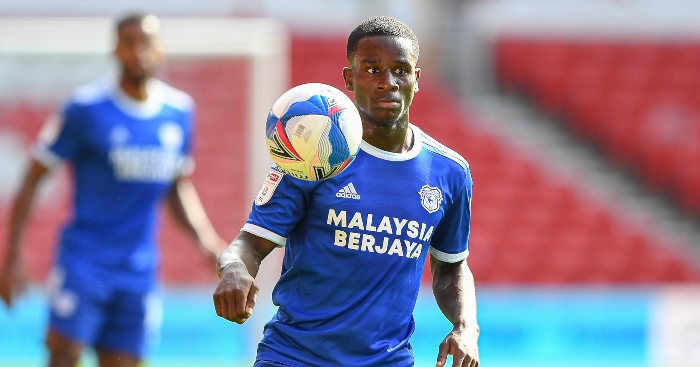 The son of former Mexican footballer Ruben, Flores was born in Canada but moved to England after being spotted by Ipswich Town while playing on the Cayman Islands, where his dad manages the women’s national team.

Flores then made the jump to Arsenal, and the attacking midfielder was recently selected as part of The Guardian’s ‘Next Generation’ series. The 17-year-old was approached to play for England at youth level but has so far represented Mexico.

His sisters, Silvana and Tatiniana, both left Arsenal to join Chelsea. Hopefully that won’t prove a portent for Marcelo.

Despite only making his senior debut in 2020-21, Balogun made headlines this summer when it emerged that the striker was yet to agree a new deal at Arsenal amid transfer interest from Brentford.

The 19-year-old, a prolific goalscorer in Arsenal’s academy, has justified the hype after breaking into the first team this season, scoring twice in just four substitute appearances in the Europa League.

Arteta has spoken publicly of his desire to see Balogun extend his contract beyond the current season. If you replace the Spaniard in the dugout, make it one of your first tasks.

While he is yet to make his competitive Arsenal debut, John-Jules has already caught the eye of Arteta, who has said of the striker: “He can do anything.”

The 19-year-old reportedly rejected interest from AC Milan and the Bundesliga to sign a new long-term deal at Arsenal in the summer of 2019 and is spending the season on loan at Doncaster Rovers after a short spell at Lincoln City in 2019-20.

“Don’t be surprised you see him as Arsenal’s number nine in the future,” was the verdict of Michael Appleton, John-Jules’ manager at Lincoln.