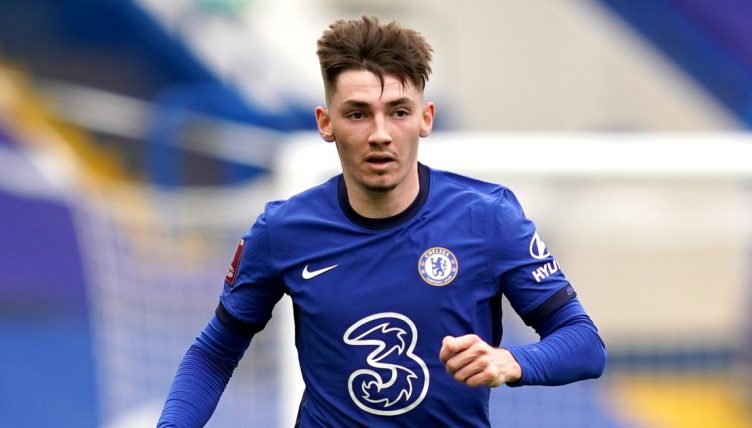 Life is pretty sweet for Chelsea right now. European champions, top of the Premier League and home to some of England’s most exciting young footballers.

This is reflected in the recent release of Football Manager 2022. While the likes of Mason Mount and Reece James are well-established in the first XI, there are no shortage of promising players that could be on the cusp of breaking through in the next few years.

Here are the 11 of the club’s wonderkids that FMScout have picked out from the latest edition of Football Manager.

After experiencing relegation at Sheffield United last season, Ampadu joined another struggling side in Serie A fashionistas Venezia.

The Wales international has made a solid start to life in the Floating City, even if he received one of the more baffling red cards we’ve ever seen for a tackle on Franck Ribery.

Still, having signed a three-year contract extension at Stamford Bridge, it remains clear that Ampadu remains an important part of Chelsea’s future.

We're still working out why Ethan Ampadu was shown a red card… pic.twitter.com/gGSPPSnTQ7

Captain of the England Under-19s, Colwill is currently enjoying his first taste of regular first-team football at Championship side Huddersfield Town.

He scored the winner against local rivals Sheffield United in one of his first appearances and has played 14 times in all competitions.

Competition for places in Chelsea’s defence is fierce, but the centre-back has made a promising start to his career and will hope to make his mark at Stamford Bridge in the years to come.

Maatsen is a young left-back who is currently out on loan at Championship surprise package Coventry City.

After racking up 35 appearances for Charlton last season, he has played 16 times for Coventry and Football Manager lists him as both a wing-back and a central midfielder.

This would suggest the 19-year-old is an extremely versatile player, in the mould of current Chelsea star Cesar Azpilicueta.

Bet you weren’t expecting to see Gilmour on this list, were you? Oh, you were.

The past year hasn’t exactly damaged the 20-year-old – he’s established himself in the Scotland side and was Man of the Match during their goalless draw against England at Euro 2020.

But the midfielder has found it harder to break into Thomas Tuchel’s side and is spending the 2021-22 season on loan at Norwich City.

Gilmour will be hoping to fare better under Dean Smith than he did under Daniel Farke, but he will surely be a big player in the years to come.

Jack Wilshere on Billy Gilmour not playing for Norwich:

“I don’t know why. I think he’s unreal for his age.” pic.twitter.com/mINqdviRNs

Webster’s potential has already been noted by The Guardian, who listed him as one of the best 20 talents at Premier League clubs in 2020.

And Borussia Dortmund reportedly expressed their interest in the 16-year-old, Chelsea are now desperate to tie him down to a long-term contract when he turns 17 in January.

“I want to play for this club, this brilliant club,” Webster said in an interview with the London Evening Standard in 2020. “We all enjoy it and love it.”

The attacker has already played for Chelsea’s Under-18 side and has scored his first international goal for England Under-19s.

Hudson-Odoi’s rating of 88 makes him the highest-rated Chelsea youngster on FM2022.

Let’s face it, we all know he’s a baller already. The only question is whether he’ll fulfil that immense potential or end up at Everton before the end of the decade.

A box-to-box midfielder, Anjorin has been extremely impressive when playing for the youth team, with former coach Jody Morris describing him as the “best finisher at the club”.

After a year of making his Chelsea debut in the Premier League, Champions League and FA Cup, he moved to Lokomotiv Moscow on a season-long loan in September and scored a late equaliser during their Europa League match against Marseille.

It’s incredibly tough for any midfielder to break into the Chelsea side but time in Russia will surely serve to make Anjorin a more rounded footballer.

Spotted at AFC Wimbledon, Castledine moved across London to Stamford Bridge in 2019. The catch? He was a 14-year-old at the time.

He describes himself as “an all-action goal-scoring midfielder who drives well with the ball”, which sounds like the archetypal English midfielder to us.

It’s way too soon to assess whether Castledine will become a regular in the Premier League, but Football Manager are already tipping him for big things.

Vale was also listed as a wonderkid by Football Manager last year and is able to play across all of the attacking midfield positions as well as upfront.

He was included on the bench during Chelsea’s 1-0 win over Malmo in the Champions League and apparently impressed so much during his first training session with the seniors that he was offered a lift home by Olivier Giroud.

“Personally, if I can push on and do well with the Under-23s, any sort of first-team involvement will definitely benefit my game,’ he said in August.

“It’s difficult because we’re the best team in Europe right now so you have to really prove yourself but I’m willing to do that and I believe that I can.”

The Saints were expected to struggle without the goals of Danny Ings, but the young striker has impressed under Ralph Hasenhuttl and scored the winner against Leeds in October.

He’s also been in stunning form for Albania, scoring three goals in his country’s vain attempt to qualify for their first World Cup.

We wrote last year that Soonsup-Bell has a name that suggests ‘he moonlights as an extra on Made in Chelsea’ and that remains our first impression of the young striker.

But perhaps not for much longer. After beginning his football education at Swindon Town, he moved to Chelsea in 2015 and hasn’t stopped scoring since.

Born disgustingly recently in January 2004, Soonsup-Bell scored 14 goals in 16 Under-18 Premier League games last season and was invited to train with the first team by Frank Lampard.

He’s yet to make his full Chelsea debut but we imagine it’ll only be a matter of time before he does so.