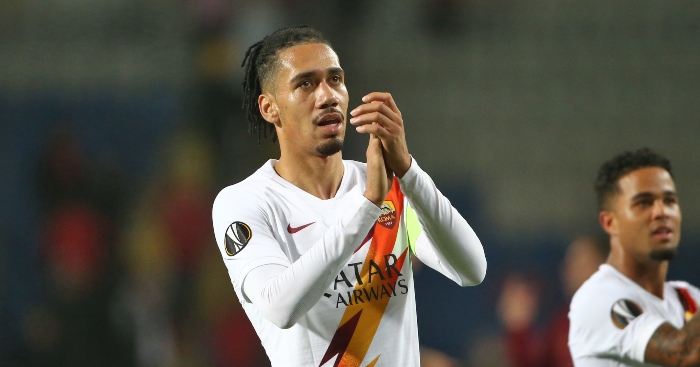 Manchester United have made good use of the loan system throughout their time in the Premier League, and the 2019-20 season is no different.

From David Beckham to Kieran Richardson, Derek Brazil to Axel Tuanzebe, the Red Devils have always been ready to send players away in search of first-team football.

This season, though, there are some more established names out on loan along with the usual conveyor belt of youngsters. Here’s how they’re all getting on. For clarity, we don’t expect young goalkeepers Jacob Carney (at Stocksbridge Park Steels) and Alex Fojticek (at Stalybridge Celtic) to trouble a Premier League teamsheet any time soon, but thought they were worth a mention here for posterity.

Ole Gunnar Solskjaer made use of his Norwegian connections to send left-sided player Barlow on loan to Tromso.

With the club’s season running from March until December, Barlow has now returned to Old Trafford and may well earn another loan move in the new year.

In seven games for one of Europe’s northernmost teams, Barlow scored two goals.

shame about the result but happy to get another goal and clean those spiders webs in the stanch🧐💥 pic.twitter.com/ylZdXKUOmT

Borthwick-Jackson hasn’t played for United’s first team since breaking through under Louis van Gaal in the 2015-16 season, and we’d expect him to leave the club before playing again.

The left-back has played six games on loan at Tranmere Rovers, three of those in the league, after featuring a fair bit more for Scunthorpe last term.

Most annoyingly, we’ll probably never get to see the nickname Cameron Bojack-Horseman catch on.

The Portuguese goalkeeper made his Premier League debut under Jose Mourinho in 2017 but has been made to twiddle his thumbs all over the world.

After spending time in Portugal and Belgium last season, he has moved to Scotland with Hearts.

Pereira has been a regular for the Edinburgh club, but they have struggled with just two wins from 21 and sit bottom of the SPFL.

Hamilton is another enduring a tough season, with his temporary employers Southend United yet to reach 10 points with 23 games played.

The midfielder is still waiting on his Manchester United debut, after sitting on the bench for a cup tie in 2018, but has played 18 times for the Shrimpers, scoring once.

He also picked up the second sending-off of his career, seeing red just six minutes into a 7-1 defeat at home to Doncaster Rovers.

One of the bigger success stories, Henderson has been an ever-present for Sheffield United in the Premier League.

The goalkeeper played every game for Chris Wilder’s side as they won promotion to the top flight, and surely can’t be too far from providing real competition to David de Gea at Old Trafford..

No other goalkeeper in the Premier League has more clean sheets this season than Henderson’s seven.

That’s right, it’s another goalkeeper. O’Hara is slightly older than Henderson, which might imply he’s less likely to ‘make it’, but he’s having a healthy season.

The Irishman has been a regular for Burton Albion, taking over from former Chelsea loanee Bradley Collins. The Brewers are comfortably in mid-table in League One after last season’s run to the semi-finals of the League Cup.

O’Hara even made his senior international debut this season, playing for Mick McCarthy’s team against Bulgaria and New Zealand.

It was more important to get the Chilean’s wages off the bill than anything else, and Inter were prepared to help out to that end.

After scoring just once in 20 league appearances last season, he took just 39 minutes of action to reach that milestone in Serie A.

The former Arsenal man will hope to link up properly with former United team-mate Romelu Lukaku as the season goes on, but for now he has just four appearances to his name due to an ankle injury picked up during the October international break.

Two yellow cards and a sending off.

Alexis Sanchez had an eventful full debut for Inter Milan in their 3️⃣-1️⃣ win at Sampdoria.#3Sports pic.twitter.com/D12gNoyLGc

The other United loanee in Serie A is doing a fair bit better, even outscoring Alexis.

Centre-back Smalling has bagged twice for Roma, racking up 15 appearances as the Giallorossi push for a return to the Champions League.

Could the 30-year-old make a late run for a spot in England’s Euro 2020 squad, more than two years after his most recent cap?

Twenty-year-old defender Tanner is yet to play for United’s first team but is getting some senior football under his belt at Morecambe.

He has played more than 20 times for the League Two club, who are battling to avoid relegation from the EFL and have already changed manager

Tanner also played for Morecambe in both cups, including a 4-0 League Cup defeat to O’Hara’s Burton Albion.