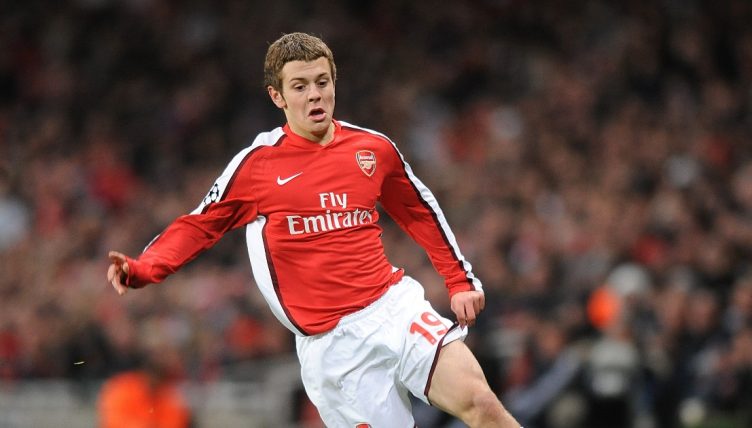 Jack Wilshere was 16 years old when he made his Arsenal debut, and plenty of fans will have fond memories of the academy graduate.

The midfielder has announced his retirement at the age of 30, and the news has inevitably taken supporters on a nostalgia trip back to 2008 when he replaced Robin van Persie to become the Gunners’ youngest ever debutant.

Wilshere wasn’t the only player to make his Arsenal bow in the 2008-09 season, though, and here’s what has become of the others who made their first appearance for the club during that campaign.

Arshavin didn’t join Arsenal until the second half of the 2008-09 season, but he made an impact fairly quickly.

The Russian international scored six goals for the Gunners before the end of the season, including a famous quadruple against Liverpool, and had 31 by the time he left north London.

He retired in 2018, having ended his career in Kazakhstan, and recently spoke about his fondness for former Arsenal team-mate Cesc Fabregas.

Bischoff arrived at Arsenal with a high ceiling but a patchy injury history and his debut against Wigan Athletic in November 2008 ended up being one of just four games he played for the club.

The Portugal Under-21 international spent most of the last decade in Germany, racking up more than 150 league appearances in the third tier for Preußen Munster and Hansa Rostock.

He’s now back in Colmar in France, the town of his birth, playing fifth-tier football a stone’s throw from Arsene Wenger’s birthplace of Strasbourg.

Fonte’s one and only appearance for Arsenal, who he joined as a 16-year-old in 2006, was as a late substitute for Carlos Vela in a 3-0 League Cup victory over Wigan.

It’s been a nomadic few years since then for the Portuguese winger, who was loaned out by Arsenal to Crystal Palace and Vitoria Setubal before a permanent move to Espanyol in 2011. Stints with Benfica, Braga, Fulham, Lille and Estoril have followed and he’s now turning out in the Portuguese Primeira Liga for Famalicao.

The Leytonstone-born defender is turning out for Maidstone United these days, in case you were wondering.

Want to know more about Hoyte’s career and solitary league appearance for Arsenal? We’ve got you covered. 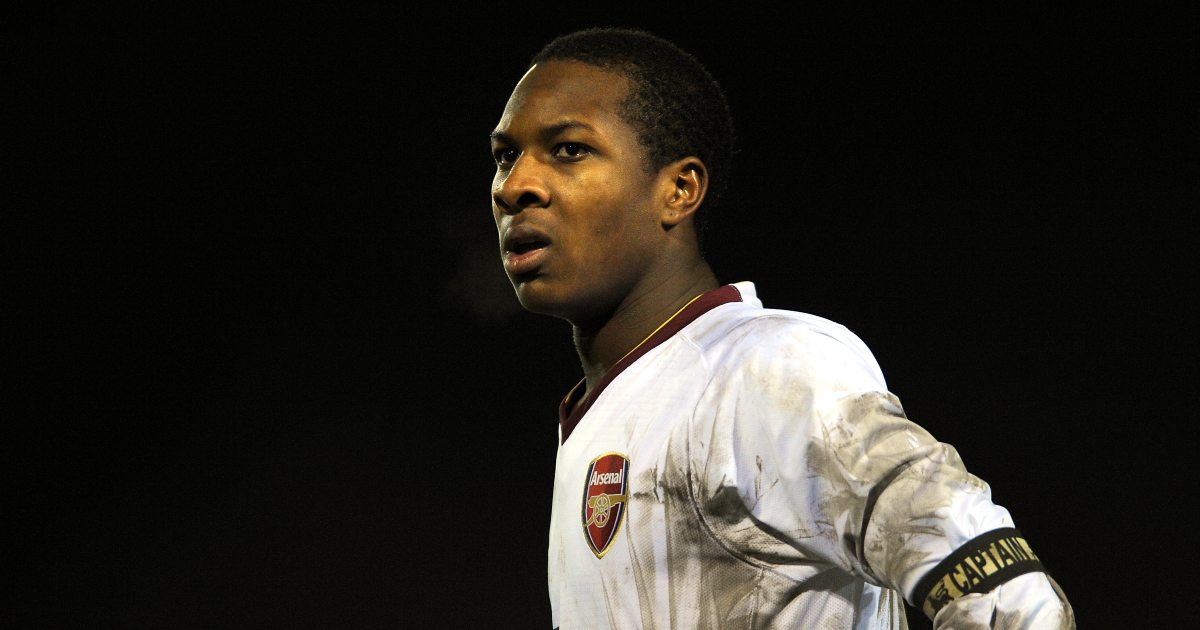 READ: The story of Gavin Hoyte and his solitary Premier League game for Arsenal

Italian goalkeeper Mannone was a peripheral figure at Arsenal, having emerged as a third-choice backup behind Manuel Almunia and Lukasz Fabianski. He went on to make 23 appearances for the club, including nine in the Premier League in 2012-13, before moving to Sunderland for more regular opportunities.

But he fell down the pecking order for David Moyes’ Black Cats when they were relegated in 2016-17 and subsequently moved to Reading.

The 34-year-old was snapped up by Ligue 1 giants Monaco in 2020 but is currently a free agent after being released at the end of the 2021-22 season.

Drip Doctors’ most famous patron showed he had plenty about him following his £12million move from Marseille in the summer of 2008.

He registered 27 goals and 16 assists in 127 appearances for Arsenal before controversially making the switch to City, during that period in which Emmanuel Adebayor, Kolo Toure, Bacary Sagna and Gael Clichy also jumped ship to the nascent powerhouse.

We couldn't let @SamNasri19's birthday pass without reminding you all of the time he did this with @Arsenal 🆚 @FCPorto 😱😱😱 pic.twitter.com/7YC6qv4SGm

Despite being loaned out to Lorient, Freiburg and Charlton, Coquelin was eventually able to break through and make over 100 Premier League appearances for the Gunners.

The midfielder fell out of favour during Wenger’s later years, but he was able to get his career back on track at Valencia, where he won a Copa del Rey and is now turning out under Unai Emery at Villarreal – the ex-Arsenal duo won the Europa League together in 2021.

In spite of some horrific luck with injuries, Ramsey became a modern club hero following his move from boyhood club Cardiff in 2008.

He scored 64 goals and won three FA Cups during his 11 years at the club before joining Juventus on a free transfer in 2019.

The Wales international hasn’t lived up to expectations in Turin and faces an uncertain future at the club after spending the second half of last season on loan at Rangers.

Academy graduate defender Rodgers made his Gunners debut in a League Cup quarter-final, a 2-0 victory over Burnley, but further opportunities were not forthcoming.

He was released in 2009 and went on to play for Northampton and Newport before a well-travelled career in non-league. Rodgers is still only 32 but hasn’t played since a stint with Harlow Town in 2018-19.

Like others on this list, Simpson never made a Premier League appearance – but at least he can boast a 66% scoring rate, having scored twice in three League Cup appearances.

Arsenal sold the forward to Hull for a £1million fee in 2010, with spells back and forth from Leyton Orient amid time in the United States (Philadelphia Union), Thailand (Buriram United) and most recently, in 2019-20, Cyprus (Nea Salamina). That all sounds like a nice time.

Silvestre was a trusted stalwart under Sir Alex Ferguson at Manchester United, making over 350 appearances for the club between 1999 and 2008, but he struggled to be quite so reliable for Wenger’s Gunners.

After two years and just 26 Premier League appearances for Arsenal, Silvestre was moved on to Werder Bremen and retired in 2014 after a spell with Indian Super League (of course) side Chennaiyin.