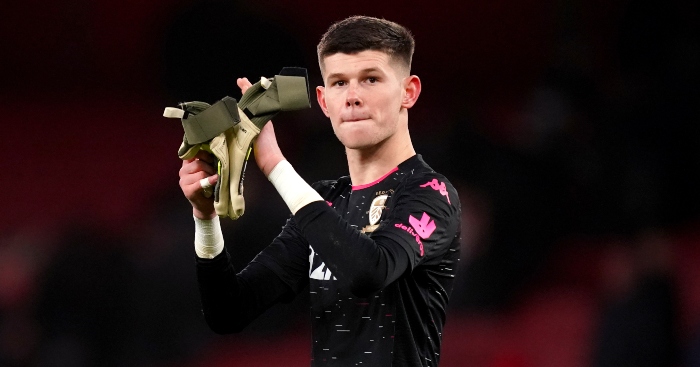 Marcelo Bielsa has helped transform Leeds United as a club, with perhaps one of the more underrated aspects of his management being his willingness to give young players an opportunity.

Since arriving at Leeds in the summer of 2018, Bielsa has not only turned an average squad of senior players that had just finished 13th into promotion contenders but has also given a host of academy players a chance in the first team.

We’ve taken a look at the 11 teenagers to have made their Leeds debuts under the Argentine.

Arguably the most talented player of the 11, Shackleton has been considered the diamond of Leeds’ academy.

While he often operated as a No.10 in the youth team, Shackleton was thrown in at the deep end against Swansea City last August, making his first Championship start at right-back after captain Liam Cooper was injured during the warm-up.

He has gradually begun to appear more as a central midfielder, notably catching the eye in both legs of Leeds’ play-off semi-final defeat to Derby County after another injury, this time to Adam Forshaw, presented him with an unexpected opportunity.

Shackleton already has 27 appearances to his name in all competitions for Leeds, but that would no doubt be even more were it not for his own fitness issues.

Find yourself someone who loves you as much as Jamie Shackleton loves Leeds scoring goals👊🏻 #lufc pic.twitter.com/9Z1yehOgWB

A difficult past 12 months has perhaps clouded just how exciting Clarke was when he first broke into Leeds’ first team early last season.

Former boss Thomas Christiansen was tempted to give Clarke his senior bow in a League Cup tie against Leicester City in November 2017, only to decide against it as the winger was yet to sign a professional deal at the club and Chrstiansen was wary of alerted other teams, with Manchester City already reported to be monitoring the teenager.

Eleven months later, Clarke was finally handed his debut, making an instant impression as a substitute in a 1-1 draw with Brentford, and it wasn’t long before Bielsa regularly turned to Clarke as an impact substitute at half-time.

Despite winning man of the match after shining against Derby County on his first Championship start, Clarke struggled to recreate the same impact when starting matches as when coming off the bench, and he looked a shadow of himself once returning after collapsing in the dugout at Middlesbrough in February.

That didn’t prevent Tottenham spending £10million on the England Under-20 international this summer, immediately loaning the player back to Leeds. But Clarke had just one run-out in the league due to restrictions on the amount of loan players Leeds could include in their matchday squad before returning to Spurs this month, and he is expected to be sent back out on loan to a different Championship club.

Signed from Morecambe, where he failed to make a senior appearance, in the summer of 2018, Davis has made nine appearances in all competitions to date under Bielsa.

Like Shackleton, the left-back was thrown in for his debut in difficult circumstances, starting at Aston Villa after Barry Douglas fell ill shortly before kick-off.

“Credit to Leeds’ staff that they’ve seen he’s got that potential, they’ve really pushed him on, he’s kicked on a little quicker than certainly I thought and quite a few other people did,” Morecambe academy boss Stewart Drummond told the Yorkshire Evening Post in December, shortly after Davis had signed a new three-and-a-half-year deal at Elland Road.

The second of two players on this list no longer at Leeds, Oduor’s sole outing for Leeds came as a second-half substitute at QPR in the FA Cup last season.

Oduor appeared for the first team in pre-season, only to join Barnsley on deadline day in August. The Kenyan-born player had to wait until December before making his debut for Barnsley but has gone on to impress at left-back, starting the South Yorkshire outfit’s last six matches.

Another player whose only Leeds appearance came as a substitute in the FA Cup defeat at QPR, Temenuzhkov moved to West Yorkshire from Barcelona having been likened to Luis Suarez when named among The Guardian’s 60 best young talents in the world three years ago.

The diminutive striker has mainly operated for the club’s Under-23s, who he helped win the PDL national title last season.

Stevens made headlines earlier this season after being banned from all football for six weeks for breaching betting regulations.

The midfielder, signed from Forest Green Rovers in February 2018, made his Leeds debut last season as a substitute against Stoke and was given two more cameos over the recent festive period, against Fulham and Arsenal.

Considered a prodigious talent in his native Poland, Bogusz made his senior debut for second-tier outfit Ruch Chorzow at the age of 16 and was offered a trial by Napoli.

The attacking midfielder moved to Leeds in January 2019 and impressed in pre-season before making his debut in the penalty shootout defeat to Stoke City in the League Cup.

🙌 Mateusz Bogusz scores the first ever goal in the new @BankwestStadium pic.twitter.com/2VxB5WrxjX

Already a full Northern Ireland international, McCalmont has impressed in central midfield for Leeds’ Under-23s and was rewarded with two appearances in the League Cup earlier this season.

With plenty of competition ahead of him in the pecking order for a place in Leeds’ midfield, McCalmont has previously asked for a loan move to gain experience, but Bielsa prefers to keep his best prospects in house under his watch and subsequently refused to sanction a move.

What a pass this is from Leeds’ Alfie McCalmont! #lufc pic.twitter.com/8Y0Rcv6knE

While many of these players have been earmarked for first-team football well ahead of their eventual debut’s, Casey’s bow came out of the blue last December when he caught the eye in a five-minute cameo at Huddersfield Town.

Liked what Bielsa had to say about Casey yesterday. Was making the point that when he decides which kids to blood, he pays a lot of attention to how much the senior players respect them. Casey obviously meeting with approval.

Signed from Ajax with a decent pedigree, Struijk’s Leeds debut came as a 91st-minute substitute in a win over Hull City last month.

We still feel a bit sad about the centre-back’s second appearance when he came on with six minutes to go to shore things up as Leeds threatened to throw away a 3-0 lead against Cardiff, only to find himself at fault for the Welsh side’s 88th-minute equaliser.

In the most Marcelo Bielsa development of all time, it turns out Leeds’ back-up goalkeeper – on loan from Lorient with an option to make the move permanent – just so happens to be the second coming of Xabi Alonso.

Where are they now? Leeds United’s last 10 Young Player of the Year winners