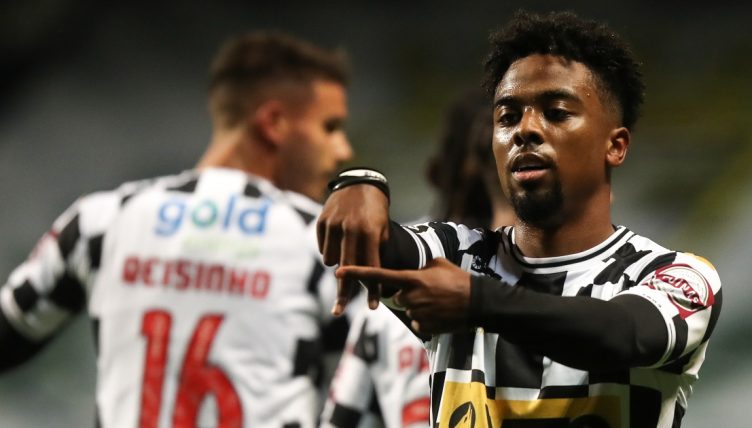 While the likes of Marcus Rashford and Mason Greenwood have established themselves in the Manchester United first team, other academy graduates have to forge careers elsewhere.

United look to sign exciting prospects for their academy every summer, meaning some talented players decide to leave or are deemed surplus to requirements by the club.

We’ve looked at the 12 academy players who were released at the end of the 2019-20 season to see how they’ve fared since.

After spending part of the 2019-20 season on loan at Oldham Athletic, Borthwick-Jackson joined the League Two side on a permanent deal upon the expiration of his United contract.

Writing on Instagram after his departure had been confirmed, he spoke of his pride at representing his boyhood club but added: “I’ve had many negative experiences which in turn have become lessons, especially in recent years.

Despite making 35 appearances in all competitions for the Latics in 2020-21, he wasn’t offered a new contract and was released at the end of the season.

Fojticek failed to make the grade at Old Trafford and joined Blackpool on a one-year contract in 2020 following a successful trial with the club.

The goalkeeper didn’t make a single senior appearance for the Tangerines in 2020-21 and they are yet to make a decision on his long-term future.

After a trial at Sunderland, Mitchell followed Fojticek to Blackpool, but it’s fair to say that the pair have had contrasting fortunes at Bloomfield Road.

The 24-year-old made 39 senior appearances for Neil Critchley’s side, more than he managed during his time at United and across two loan spells at Hearts.

He also registered two assists against Oxford United in the League One play-off semi-final second leg and then started in their final victory over Lincoln City.

Gomes was tipped to be the next big thing at United, making his senior debut at the age of 16 in 2017 to become the youngest player to represent the club since Duncan Edwards in 1953.

But he only made another nine first-team appearances for the club and joined Lille on a free transfer after rejecting the offer of a new contract at Old Trafford.

The midfielder was immediately sent out on loan to Portuguese side Boavista and registered 12 direct goal contributions in 30 Primeira Liga appearances, including a stunning David Beckham-esque strike against Moreirense.

Hamilton was once named on the bench for United’s FA Cup win over Huddersfield Town in 2018 but never made a first-team appearance for the Red Devils.

After loan spells at Rochdale, Southend United and Bolton, the midfielder signed for Peterborough United on a free transfer ahead of 2020-21.

He made 34 league appearances as Darren Ferguson’s side won promotion to the Championship, although the majority of those were off the bench.

Having impressed on loan at Burton Albion in 2019-20, O’Hara decided to rejoin the League One side on a two-year deal in September 2020.

The goalkeeper struggled to replicate the form that he had shown during his loan spell, conceding 37 goals in his first 17 appearances in 2020-21.

He then fell out of favour following Jimmy Floyd Hasselbaink’s appointment in January 2021, starting just two games under the new manager.

Ramazani only made one first-team appearance for United, playing six minutes against Astana in the Europa League in November 2019.

Despite being offered a new contract, he opted to pursue his career away from Old Trafford and joined Spanish second division side UD Almeria on a free transfer in August 2020.

The Belgian got a goal and assist on his first league start and finished his debut season with 27 senior appearances to his name.

More importantly, he even managed to better Angel Gomes’ goal during a friendly match with Almeria’s academy team.

After loan spells at Morecambe and Salford City in 2019-20, Tanner returned to League Two and joined Carlisle United on a permanent deal.

The right-back immediately established himself as a key player for Chris Beech’s side, starting 41 games in all competitions in his debut season.

Once reported to be the fastest player at United, Sotona made just one appearance for their Under-21s and was famously sent off after a minute on the pitch.

He reportedly turned down the offer of a three-year contract as he wanted regular first-team football and a weekly salary just under five figures.

The 18-year-old joined Ligue 1 side Nice on a free transfer but is still waiting to make his senior bow.

McGhee was a regular for United’s Under-18s and Under-23s but didn’t do enough to earn a contract extension at Old Trafford.

“It was a good 14 years at Manchester United, with so many great staff and players,” McGhee told the Manchester Evening News in November 2020.

“I’m still in contact with both Mason [Greenwood] and Marcus [Rashford] and they are top lads, who have a very bright future. And I’m so proud of what they have achieved, as well as Brandon [Williams} and Teden Mengi and others. They deserve all that is coming.

“I’m still a Manchester United fan and always will be. Neil Ryan and Kieran McKenna were key in my development and I really enjoyed working under them.”

After trials at Tottenham and Newcastle United, he joined Portuguese side Braga on a short-term deal in January 2021 but is yet to make his senior debut for the club.

Time flies when having fun… 😀 pic.twitter.com/MsSVofclHY

Barlow had trials with Stoke City and Ipswich Town after leaving Old Trafford but didn’t manage to earn a permanent contract with either club.

Denham looked set to be released by United last summer but was offered a brief extension by the club due to the pandemic.

The 18-year-old then joined Cardiff City in September 2020 following an impressive trial period and was a regular for their Under-23s in 2020-21.