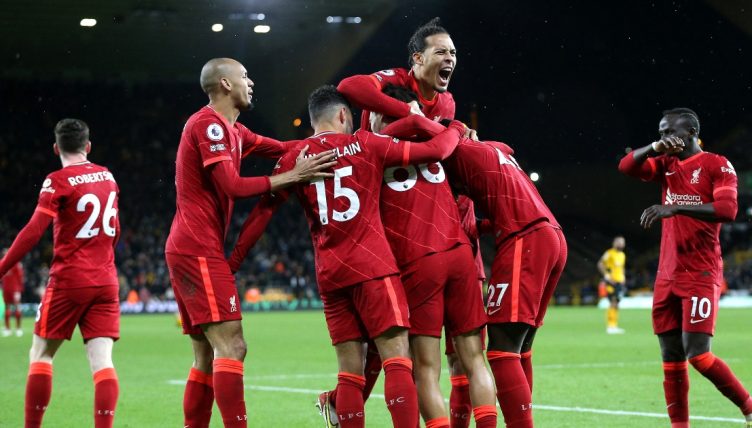 Liverpool have developed the happy habit of scoring late winners under the watchful eye of Jurgen Klopp.

Since Klopp arrived at Anfield in October 2015, Liverpool have scored 14 late winners and have shown they’re a side that’ll battle right to the very end of every match they play.

We’ve taken a look at those times Liverpool have won games late on under Klopp.

And quite right too. Nine-goal thrillers aren’t everyday occurrences, but neither is the sight of a manager losing his spectacles in a moment of exuberance.

Remember when Adam Lallana did this in the 90th minute to make it Norwich 4-5 Liverpool? 😱

And Jurgen Klopp broke his glasses in the celebrations 🤣pic.twitter.com/itARID4a5Q

Christian Benteke may not have succeeded at Liverpool but he was the scorer of this late winner at Selhurst Park back in March 2016.

Liverpool fell behind to a Joe Ledley strike but drew level thanks to Roberto Firmino’s opportunistic finish.

And, after Benteke went down following a challenge by Damien Delaney, he got up to coolly score the resulting spot-kick and secure three points for Liverpool.

One of the great European nights at Anfield was decided by a last-minute winner from Dejan Lovren.

Liverpool had trailed 2-0 and 3-1 to Klopp’s former side before mounting an outstanding comeback, with Lovren’s injury-time header from James Milner’s cross concluding a night packed with drama and emotion.

📆 OTD in 2016, we were treated to a seven-goal thriller as Liverpool beat Dortmund in dramatic fashion! 🤩 pic.twitter.com/hctH0UVge4

Nothing beats a late winner against your close rivals and Sadio Mane gave Liverpool fans an early Christmas present with this late winner at Goodison Park in December 2016.

Mane reacted first to a loose ball after substitute Daniel Sturridge’s shot had hit the post in the fourth of eight minutes of stoppage time and sent the away supporters into ecstasy.

Also known as the finest hour of Ragnar Klavan.

Liverpool were on the verge of being held at Turf Moor until Klavan headed home from almost on the goalline to snatch all three points.

Quite the way to start the new year.

Liverpool had barely been troubled by PSG during this Champions League encounter but they entered injury-time having let a two-goal lead slip between their fingers.

But, in the first of many special moments from the 2018-19 season, Roberto Firmino rocked up from the bench to score a late winner to kickstart Liverpool’s European campaign.

Late winners don’t get much better for Liverpool supporters.

📅 #OnThisDay in 2018, Divock Origi secured another win over Everton in unforgettable fashion…

Liverpool were gunning for the league title in March 2019 and this late goal against Tottenham lifted the roof at Anfield.

With the score at 1-1, Spurs keeper Hugo Lloris failed to hold Mohamed Salah’s routine far-post header and the ball ricocheted into the net off Alderweireld.

Liverpool didn’t win the league that year, of course, but that didn’t detract from this moment at all.

An injury-time penalty from James Milner was enough to secure victory over Leicester in October 2019 and ensure Liverpool’s 100% start to the season continued.

James Maddison looked set to deny the Reds victory with his strike 10 minutes from time but a communication breakdown between Leicester keeper Kasper Schmeichel and substitute Marc Albrighton ended with the latter bringing down Mane.

With their 10-month long unbeaten league record seemingly about to end, Liverpool had to dig deep to conjure this escapology act against Aston Villa in November 2019.

An entertaining encounter looked set to end in stalemate before – with the game entering stoppage time – Firmino soared to flash a header high past Spurs keeper Hugo Lloris from Andrew Robertson’s corner.

Having endured a terrible run of home form at the start of 2021, Liverpool looked set to be denied three points once more by a stubborn Aston Villa side.

They reckoned without Trent Alexander-Arnold. The England full-back curled home from the edge of the box after Villa failed to clear the ball and set Liverpool on the path for Champions League qualification.

The goalie scored. Nothing more needs to be said.

Liverpool have scored goals for fun this season but Wolves held them out for 90 minutes at Molineux until Origi poached a last-minute winner for the Reds.

They may have only topped the table temporarily but don’t be surprised if Jurgen Klopp’s side take inspiration from this latest victory to fuel their title charge.