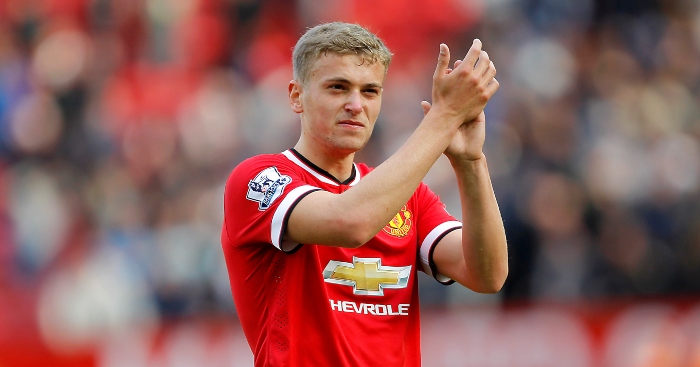 While Manchester United are renowned for giving academy players a chance in the first team, not every youngster can make the grade at Old Trafford.

Many United fans are concerned about the news that Angel Gomes will leave Old Trafford after rejecting a new contract, but how have recent academy graduates fared after leaving the club?

We’ve looked at the 13 academy players who were released at the end of the 2018-19 season.

After spending the 2018-19 season on loan at Aberdeen, Wilson joined the Scottish side on a permanent deal upon the expiration of his United contract.

The striker didn’t score a single goal in the opening half of the season and signed for League Two side Salford City in January 2020.

“It’s a fresh start for me, it’s a new club, new surroundings, slightly different to what I’m used to as well which is refreshing,” Wilson told the Manchester Evening News in February 2020.

He scored twice on his debut against Plymouth Argyle, but the 24-year-old has failed to find the back of the net in his subsequent five appearances.

Poole made his one and only senior appearance for United as a substitute in a Europa League last-32 tie against FC Midtjylland in 2016.

The centre-back signed for newly-promoted League One club Milton Keynes Dons in 2019 and made 25 appearances in all competitions in his debut season.

Buffonge trained with the senior squad on several occasions under Ole Gunnar Solskjaer but didn’t do enough to earn a contract extension at Old Trafford.

After trials at Derby County and Bolton Wanderers, the midfielder joined Serie B side Spezia in Italy on a one-year deal.

The 21-year-old made just three league appearances in the first half of the campaign and was loaned to Serie C club Pergolettese in January 2020.

Warren joined Salford City at the start of the 2019-20 campaign and has spent time out on loan at Radcliffe Borough and Boston United.

United had high hopes for Matty Willock – brother of Arsenal’s Joe Willock – but the midfielder failed to live up to his potential and signed for Gillingham in 2019.

The 23-year-old fractured his knee on his debut and has been limited to seven appearances in League One this season.

Olosunde has been one of the few success stories on this list.

The USA international was snapped up by Rotherham United and quickly established himself as a regular starter, making 39 appearances in all competitions as his new club won automatic promotion to the Championship.

Another promising defender to add the to the USMNT depth chart longer term. Matthew Olosunde (22) has been key to Rotherham’s success in League One this year. Rotherham currently sit in 2nd, direct promotion ⤵️

After being released by United, Whelan signed a one-year contract at Watford and quickly became a mainstay in their Under-23 side.

“I think my time was up at United and I was ready for a new challenge at Watford. I left on good terms and was just grateful for 14 years and to be part of a massive club,” Whelan told Watford’s official website in December 2019.

“I think Watford is a big club. I came down for a couple of weeks in pre-season to have a look. It only took me one or two days to decide to come here.”

The midfielder has made two first-team appearances in 2019-20, both of which came in the FA Cup.

Sang failed to make the grade at Old Trafford and joined Cardiff City’s Under-23 side ahead of the 2019-20 season.

The 21-year-old made his senior debut for the Bluebirds in a penalty shootout defeat to Reading in the FA Cup in February 2020.

Dearnley had trials with Bursaspor and Rotherham United after leaving Old Trafford, only for fitness issues to scupper any potential deal.

He had a brief spell with non-league side New Mills and joined Oldham Athletic in January 2020 after getting back to full fitness.

The winger has had a brilliant start to life at Boundary Park, scoring four goals in his first eight games for the League Two outfit.

Gribbin was tipped to be the next big thing but injuries hampered his progress and the midfielder left United without a senior appearance to his name.

The midfielder was given a potential lifeline by Sheffield United in October 2019 following a successful trial with their Under-23s.

But he failed to break into the first-team squad and was released by the Blades in June 2020.

Baars spent two years in United’s academy but struggled to find a new club after leaving Old Trafford in 2019.

The 20-year-old had a trial with AZ Alkmaar’s reserve team, Jong AZ, and eventually earned a two-year contract with the Dutch side in May 2020.

Despite being offered a new contract at Old Trafford, Bohui decided to join NAC Breda in Holland’s second tier in search of regular first-team football.

“I was playing Under-18s and Under-23s’ football, but I was at an age where I felt I needed to be playing senior, first-team football,” Bohui told us in March 2020.

A knee injury restricted the forward to just four league appearances in 2019-20, and he was transfer listed at the end of the season. 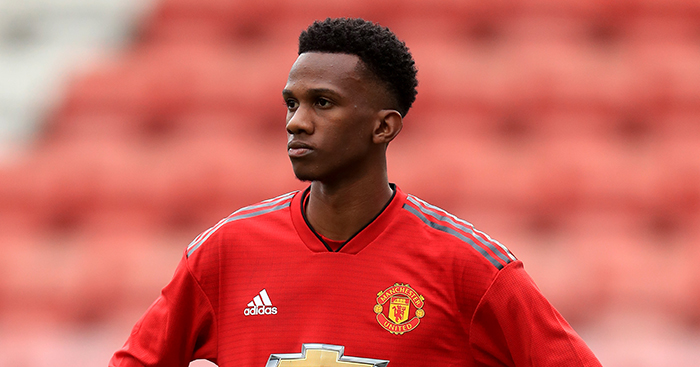 Thompson has been without a club since leaving United in June 2019 and is currently studying at university.