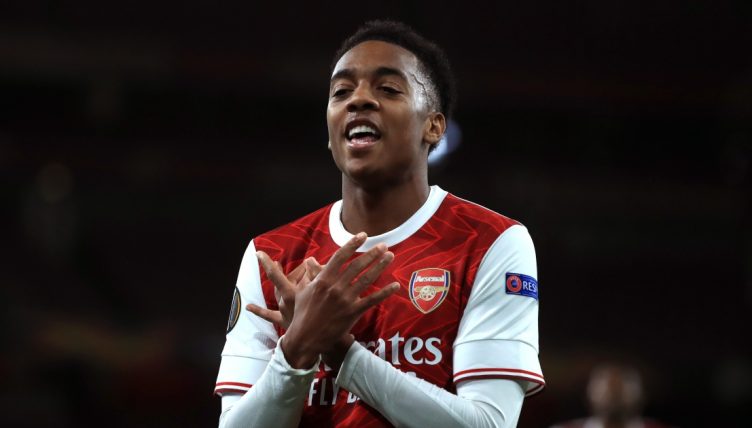 During those fallow years following their move to the Emirates Stadium, Arsenal regularly suffered with losing their star players while being unable to offload those on the fringes of the first team.

However, in recent years, we’ve seen that change a little. When Arsenal can get £25million for fringe player Joe Willock, you know there’s money to be made from clearing out the loft.

We’ve looked back at the last few windows, going back to 2016, to identify the other fringe players Arsenal sold for £1million or more, many of whom barely featured for the first team in the months before.

Willock was never able to make a first-XI spot his own at the Emirates, mainly appearing in the cup competitions as Arsenal struggled around him.

A loan move to Newcastle in January 2021 suited all parties where Willock entered a sensational run of form, scoring eight goals in 14 appearances as Steve Bruce’s side comfortably avoided relegation.

There was a clamour on Tyneside for the 22-year-old to make the permanent move to St James Park and Newcastle got their man for a cool £25million fee.

But Leno regained the starting berth after recovering from his injury and Arsenal agreed to sell Martinez to Aston Villa in a £20million deal.

Since then, he’s established himself as one of the Premier League’s finest goalkeepers and won the Copa America as Argentina’s first choice. Whereas Arsenal have just paid £30million for Aaron Ramsdale to replace him. 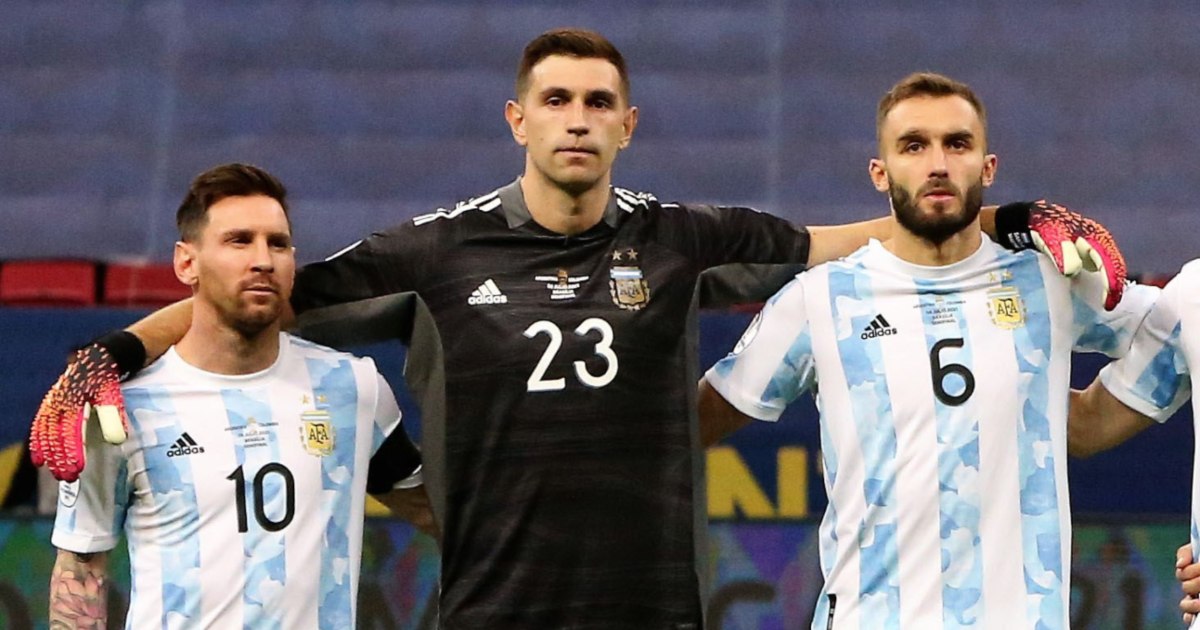 A name that Arsenal fans could be forgiven for not being too familiar with, Greenwood opted to leave their academy to join Leeds United in 2020.

The 18-year-old forward was highly thought of in north London but it was accepted that the move, for a fee which reportedly could rise to £3million, was best for all parties.

He’s made just one senior appearance for Leeds but the club rejected loan offers from six Championship clubs for his services this summer.

Bielik, who joined Arsenal as a hotly-tipped 16-year-old, never broke into the first team either in defence or midfield.

Indeed, the Pole played just twice for the Gunners, making his debut in a 3-0 League Cup defeat to Sheffield Wednesday in 2015 and making a brief cameo in the same competition one year later against Nottingham Forest.

Arsenal made a tidy profit, though, selling him to Derby County for a fee which could rise to £9.5million – nearly four times the £2.4million the London club paid Legia Warsaw for his services.

Another academy player, Thompson didn’t even play a minute for the first team before being sold to Brentford last year.

Reports vary on the fee, but it has been suggested Arsenal received £3million for the left-sided teenager, along with a 20% sell-on fee.

Thompson made just nine first-team appearances in all competitions for the Bees during their promotion campaign and has only played in the League Cup during the embryonic 2021-22 campaign.

Amaechi was among those expected to make the step up, having travelled to Baku for the 2019 Europa League final, but the 20-year-old sought pastures new after being left off the bench during the defeat to Chelsea.

The winger had only one year left on his contract, which means the £2.25million fee recouped doesn’t feel like the worst bit of business, but it remains to be seen whether he goes onto bigger and better things.

Now at Hamburg, Amaechi made just five appearances for the 2. Bundesliga side over the past two years and is now on loan at Bolton Wanderers.

It might have felt like more, but Ospina played just 29 Premier League games in five years on Arsenal’s books, and started just four league games in his last full season.

Napoli took the Colombian on loan in 2018 before forking out £3.15million to make the move permanent – effectively giving the Gunners their money back.

The 32-year-old generally plays second fiddle to Alex Meret but made 16 Serie A appearances during the 2020-21 season and remains first choice for Colombia.

After outlasting the rest of the British core, Jenkinson finally waved goodbye in August 2019 with a £2million move to Nottingham Forest, ending an eight-year association with the club he joined from Charlton as a teenager.

The right-back never started more than 14 league games for Arsenal in one season, and played just eight times in all competitions during his final year with the club.

He continued to struggle with injury problems and, at the end of the 2020–21 season, Jenkinson was told that he was not in manager Chris Hughton’s plans and was free to leave the club. 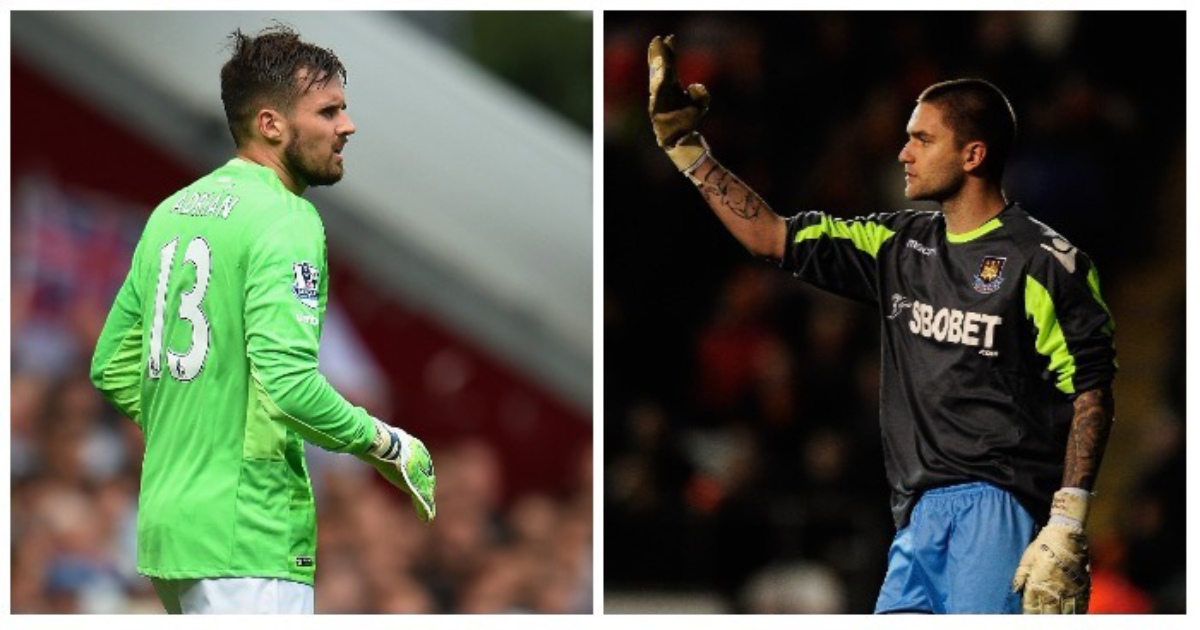 Arsenal surprisingly managed to bring in seven figures for Campbell, a player who appeared just 40 times in seven years on their books.

Just over half of those were in the league, too, giving him an average of just over 132 Premier League minutes per year and no fewer than six loan spells away from north London.

The £1.35million signing failed to score in his first 17 games and was sent out on loan to Leon before joining the Mexican side on a permanent deal in 2020.

Reine-Adelaide is a classic example of an academy player sold for decent money, who showed himself to be worth a lot more after moving to a club where he could play every week.

The Frenchman joined Angers for £1.4million in 2018 after a successful loan spell, deciding he wasn’t going to add to his eight cup appearances in an Arsenal shirt, and played more than 30 times in his first season.

His form prompted interest from Lyon, who brought him on board for £23million. Thankfully for the Gunners, a sell-on clause meant they received nearly £5million of that.

Young prospect Mavididi decided not to wait any longer for a Gunners breakthrough, moving to Juventus for £1.8million in 2018.

The 21-year-old spent some time away from Arsenal on loan, most notably at Charlton, but made the shift in the knowledge he’d be mostly playing for Juve’s Under-23s but might have a chance of a first-team look-in.

Mavididi made one senior appearance for Juve and has joined Ligue 1 side Montpellier on a permanent deal after spending 2019-20 on loan at Dijon.

There was a time when Walcott was an Arsenal regular, but his final half-season wasn’t it.

The England international played just 64 league minutes in the 2017-18 season before moving to Everton in a £20million deal which only ever looked like being better for Arsenal than the Toffees.

He was okay at Goodison Park but Everton were soon eager to get his wages off their books and Walcott is now back at boyhood club Southampton.

Like Walcott, Coquelin had been pushed to the fringes during the 2017-18 campaign before finally leaving in the middle of that season.

The French midfielder started just once in the league that term, playing a further six games as a substitute, before jumping ship for Valencia in a £12million move.

Not the worst bit of business considering Coquelin looked likely to be on his way out a lot sooner when he was loaned out to Charlton in the 2014-15 season.

Coquelin now plays for Europa League holders Villarreal while Arsenal are not in any European competition for the first time since the 1990s – maybe they were too quick to let him go?

After a few years of looking like a long-term regular, Gibbs was nothing of the sort by the summer of 2017.

The left-back, who won 10 England caps while on Arsenal’s books, featured in just 11 league games in his final season before making a £6.75million move to West Bromwich Albion.

Gibbs was a regular for the Baggies in both the Premier League and Championship, with his 100 games coming under six different managers including caretakers.

After his West Brom contract expired, Gibbs moved to Inter Miami in the summer of 2021.

Brazilian defender Gabriel made just 15 league starts in his final Gunners season before, like Coquelin a few months later, moving to Valencia.

He’s one of those players who seems like he was much more involved than he actually was, perhaps due to flashpoints like his battles with Diego Costa against Chelsea, but he only played 46 Premier League games in total.

The former Villarreal man has already passed that target at Valencia, playing 124 times in La Liga since his £9.9million move.

Arsenal will feel pretty happy to have picked up around £3million for Toral, a man who never felt quite good enough to hold down a regular Premier League place.

The Catalan-born midfielder joined from Barcelona’s academy at the same time as Héctor Bellerín but never played a competitive minute in red despite impressing on loan at Brentford and Birmingham City.

He spent three years at Hull and joined former club Birmingham City on a free transfer after being released in 2020.

Toral left the Blues this summer and signed a contract with Greek side OFI.

Another English talent to try his luck in the Bundesliga, Hinds followed former Arsenal coach Andries Jonker to Wolfsburg in a £1.35million move back in 2017.

He made his first league start shortly after, but his spell in Germany was cut short when the club released him following an unauthorised absence.

The striker had been without a club for nearly a year but joined Watford in 2019 following a trial. He scored one goal in his one appearance for the club and was released at the end of the season.

He now plays for National League side Aldershot Town.

On the face of it, £4.5million for a player with just 18 senior appearances in all competitions seems like a good deal, but hindsight is a killer.

In Arsenal’s defence, Gnabry had made next to no impact on loan at West Brom, and didn’t seem close to a first-team run when Werder Bremen came calling.

However, after an eye-catching first season including a hat-trick on his German international debut, he moved to Bayern Munich and has already become a big part of the Bavarians’ squad, helping the club win the treble in 2019-20.

⏪ Throwback to when Serge Gnabry hit Tottenham for four 🔥pic.twitter.com/TCQfOF2gQy

Okay, this one worked out a little better. Wellington never played a competitive minute for Arsenal, yet the Gunners received a seven-figure sum when selling the Brazilian back to boyhood club Fluminense.

The winger was forced out on loan multiple times amid work permit issues, playing 100+ games across multiple leagues but none in an Arsenal shirt.

Since returning to Brazil, he has been linked with another European switch but remained a Fluminense player until switching to Gamba Osaka in 2021.

One of the handful of academy players currently at a Premier League club, Hayden left after failing to add to two League Cup appearances with any league action.

He had to drop down a division at first, joining then-Championship Newcastle for £2.6million in 2016, but earned promotion in his first season and has stayed in the north-east ever since.

The midfielder has established himself as a first-team regular and made his 100th Magpies appearance in 2019-20.