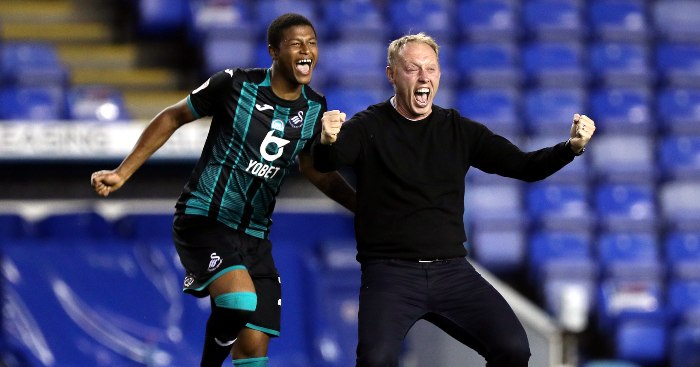 While Liverpool have been breaking records as they ended their much-anticipated wait for the Premier League table, a number of their players have been catching the eye away from the club.

Trent Alexander-Arnold has been the shining star of Liverpool’s academy products in recent years, but some prospects have had to develop away from Anfield.

We’ve taken a look at the 13 Liverpool players sent out on loan during the 2019-20 campaign to see how they fared.

Last season, then-Hertha boss Pal Dardai dubbed Grujic “by far the best midfielder at Hertha Berlin in 20 years”, but sporting director Michael Preetz told Kicker: “Of course, we are in talks with Liverpool. Last summer, a door opened. Jurgen Klopp signalled to me that they were ready to loan Marko for another year.

“Now they want him back and he should complete the [pre-season] preparation there. I cannot say today what will happen. But Marko is a player we will always think about here at Hertha.”

The on-loan Liverpool man finds the net with a deft flick… pic.twitter.com/tWd5w5qYYz

Ojo became the most expensive 14-year-old in history when he joined Liverpool from MK Dons for £2million in 2011.

Now 23, a season on loan at Rangers was his fifth temporary move away from Anfield, but he made just one league start after the end of October.

A tough season on loan with Championship strugglers Huddersfield Town was ended prematurely after the goalkeeper suffered a serious head injury following a clash with team-mate Christopher Schindler in the victory at Hull City in January.

Despite a couple of costly mistakes, Town head of goalkeeping Paul Clements has seen plenty of potential in the 21-year-old, telling the club’s official website: “I think in the early part of the season, I think in every game he kept us in it: he made an unbelievable save just before half-time at Derby [on the opening day] for example.

“We just couldn’t get on the right side of the results for him and we had a really bad period for the club at the start of the season.

“In light of that I think he did okay and he’s out the team at the minute after his injury, but for me he’s done unbelievably.”

Signed as a teenager in 2015, Allan never actually made a competitive appearance for Liverpool. He started the season on loan at Fluminense, his sixth spell away from the Reds, and has since returned to his native Brazil with a permanent transfer to Atletico Mineiro.

Liverpool’s youngest ever goalscorer has endured a frustrating couple of seasons after seeing a loan to Sheffield United cut short last term after struggling for game time.

Woodburn dropped down to League One to join Oxford United on a season-long loan and initially impressed, only to break his foot and then suffer a carbon copy of the injury on his other foot as he set to make his return.

By the time he was back to fitness, football was postponed, with the League One season ultimately cancelled.

When your luck’s out…

A season at Klopp’s former club Mainz was Awoniyi’s sixth loan spell away from Liverpool.

The Nigerian striker has struggled to get a work permit to play for Liverpool, but his return of one goal in 12 Bundesliga appearances and completed 90 minutes just twice suggests he may not have much of a future at Anfield anyway.

Having shone on loan at Derby last season, a move to Bournemouth provided Wilson with a chance to test himself in the Premier League for the first time.

A return of seven goals is not to be sniffed at, but the attacking midfielder didn’t score after January and failed to register an assist all season as Bournemouth were relegated.

The 23-year-old is now being linked with another move away from Merseyside, but Jurgen Klopp told The Guardian in December: “Of course he can (succeed at Anfield).”

He added: “His shooting is world class… find me five players who shoot better than him. But the game is about more and that is what he has to improve. To be involved as an offensive player you have to connect with other players.

“He has that, it is not like he doesn’t, but to get to the next level, he needs game-time at the highest level and that is why we loaned him to Bournemouth.”

Phillips spent the first half of the season on loan in Germany’s second tier with Stuttgart before being recalled in January to cover a spate of injuries in defence, appearing in the FA Cup victory over Everton.

The centre-back was then loaned back to Stuttgart and has now made 19 appearances in all competitions as the side secured their return to the Bundesliga.

Having spent the second half of last season on loan at Reading, Ejaria returned to the Madejski Stadium for the 2019-20 campaign with an obligation to sign the attacking midfielder permanently, but this has now hit a stumbling block as the Championship outfit face financial problems.

The 22-year-old had shone for the Royals, recording the most successful dribbles and second-most chances created for the club in 2019-20.

Brewster has had to stay patient for a chance to play senior football regularly, but he has proved the hype is very much warranted with his performances on loan at Swansea City.

The striker has scored 10 goals since joining the Swans in January, making him one of the Championship’s top scorers in that time, to help his new club gatecrash the play-offs.

A loan switch to the sixth tier of English football may not be the sexiest of moves, but Williams has made the most of his opportunity to play regular senior football at Kidderminster Harriers, playing 29 times before the season was cancelled.

Despite playing at a lower level than many of his peers, the defender was selected to represent England’s Under-19s at the Marbella International Cup in October and has given curious team-mates glowing feedback about the experiences of playing in non-league.

“When I eventually go back to Liverpool, I will have developed into a better player for the experience,” he told the National League’s official website.

“My basic defending has improved so much. Liverpool knew I had the attributes to play with the ball at my feet, but now this will have proven to them that I’m capable in defensive situations too.”

A two-year loan spell at Besiktas ended in acrimony as Karius sought legal action for unpaid wages and terminated his contract with the club in May 2020.

After initially making a positive start to life in Turkey, mistakes began to creep into the goalkeeper’s performances, which saw him recently blame the brightness of floodlights.

After spending last season on loan at Kilmarnock, Millar returned to the Scottish outfit for the 2019-20 campaign, only to see the loan cut short in January.

The striker then made his Reds debut in the FA Cup victory over Shrewsbury Town, becoming the first Canadian to represent Liverpool.

According to the Liverpool Echo, permanent bids have been rejected for the 20-year-old amid interest from the Bundesliga and the Championship.