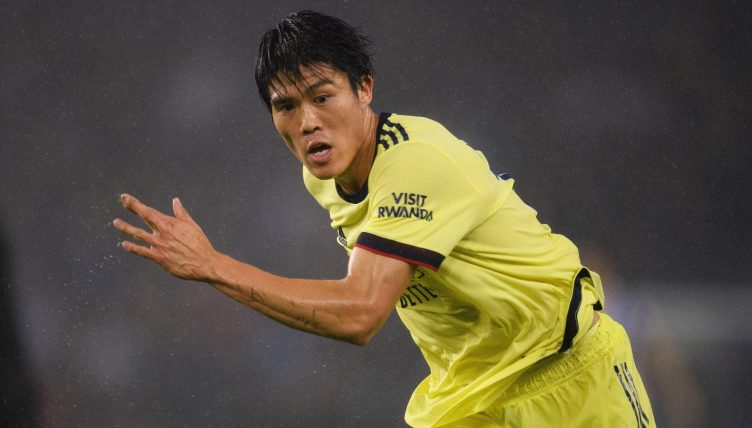 While Arsenal have made several last-gasp signing over the years, they’ve often lived to regret their deadline-day purchases.

It remains to be seen whether the 2022 window, in which the Gunners have already brought in five new players at a cost of approximately £120million, will end in a late trolley dash. If they do bring in someone at the eleventh hour, they’ll hope to do better than many of their previous deadline day deals.

We’ve looked at the 15 first-team players Arsenal have previously signed on the summer transfer deadline day to see how they fared at the club.

The right-back from Bologna was relatively unknown outside Serie A when he made a sudden last-minute switch to Arsenal last summer.

He instantly slotted straight in, looking unfazed by appearing in a new league. Injuries kept him out of almost half of Arsenal’s games during his debut season, but £16million nevertheless looks a sound investment.

When fit and available, Tomiyasu is a dependable and diligent defender.

The Ghanaian’s name dominated the gossip columns throughout the summer of 2020, and eventually Mikel Arteta got his man shortly before the window closed.

However, while former club Atletico Madrid went on to win the La Liga title in his absence, Partey failed to be the man to transform the Gunners’ midfield woes as many had hoped.

There have been injury frustrations, but over time Partey has developed into an important midfield presence. Their top-four challenge tailing off last season coincided with his spell on the sidelines.

The Scotland international did, however, enjoy an extended run in the team after lockdown, playing an integral role in their FA Cup success before clocking up more minutes in his second season.

Injuries have persisted, however, and now his place in Arsenal’s first-choice XI looks under severe threat from Oleksandr Zinchenko. Most importantly, he rocks up at matches with his kit in a Tesco carrier bag. We love him.

Ohhh! Kieran Tierney! That is special! 😍

A terrific solo goal from the Arsenal man 👏

With Arsenal in desperate need of defensive reinforcements, they made a surprise move for Luiz on deadline day in 2019.

The centre-back’s debut season with the Gunners was punctuated by a catalogue of errors, most notably in that cameo performance against Manchester City.

But after being written off by pundits, he then produced brilliant performances in their FA Cup semi-final and final victories. What an enigma.

Having extended his deal to remain at Arsenal for the 2020-21 season, he perhaps might have wished he hadn’t in a season to forget.

Despite making a strong start to life at the Emirates, the striker was plagued by injury problems during his five years with the Gunners.

Having starred for Real Madrid, expectations were high when Ozil completed a £42.5million move to Arsenal in 2013.

The enigmatic playmaker won three FA Cups in his first four years in England and has provided some astonishing moments of class in a red shirt.

After falling out of favour under Unai Emery and Mikel Arteta, he became one of the Premier League’s most expensive bench-warmers before his inauspicious move to Fenerbahce in January 2021. A sad end for a player who was truly wonderful on his day.

Off the back of an 8-2 defeat against Manchester United in August 2011, Arsenal needed reinforcements and made four deadline day signings.

Signed from Fenerbache, Santos scored a couple of crucial goals during his two years at the club but often frustrated fans with his defensive errors.

After selling Cesc Fabregas to Barcelona in 2011, Arsenal struggled to find a replacement and eventually signed Arteta from Everton on deadline day.

The midfielder became a fan favourite at the Emirates and spent two seasons as club captain, lifting the FA Cup in 2014 and 2015.

Mertesacker moved to North London from Werder Bremen in 2011 and enjoyed a particularly good partnership with Laurent Koscielny.

Despite being plagued by injuries towards the end of his Arsenal career, the Germany international still made 156 league appearances for the club over seven years.

He also won two FA Cups and produced an extraordinary man-of-the-match performance in the 2017 final against Chelsea.

Benayoun made a surprise move to Arsenal in 2011, joining on a season-long loan deal from Premier League rivals Chelsea.

The Israel international scored six goals in 25 appearances in all competitions, including a crucial strike in the 3-2 win over West Brom to secure Champions League qualification on the final day of the season.

Signed from Chelsea in 2007 and sold to Portsmouth, all in the space of six months, it’s fair to say Diarra didn’t make much of an impact at Arsenal.

Gallas allegedly threatened to score an own goal if selected for Chelsea and eventually joined Arsenal in 2006, with Ashley Cole moving in the opposite direction.

The centre-back inherited Dennis Bergkamp’s No.10 shirt and was appointed club captain in 2007 before being stripped off the armband in 2008.

Indeed, the lasting memory from his spell as captain was when he sat down on the pitch and threw a strop after a 2-2 draw with Birmingham.

Big things were expected from Denílson when he left Sao Paulo for Arsenal as an 18-year-old in 2006, but he failed to live up to the billing.

The midfielder struggled badly with homesickness and injury problems during his time in London before returning to Sao Paulo in 2011.

“As I stayed at the club for five years and I was two or three years on my own, then I started taking people to stay with me,” Denilson told Globo Esporte in 2020. “But even so, I missed the family a lot. I took the people, but emotionally I wasn’t very well. I still managed to stay five years.

“There were a few months left to get the European passport. It was six years at the time to achieve this. I couldn’t take it anymore.

“It was more the cold weather in England, the people who were cold and emotionally draining me in the country. On the pitch it reflected a lot.”

Baptista joined Arsenal from Real Madrid in 2006 on a one-year loan deal which saw Jose Antonio Reyes go in the opposite direction.

Despite struggling to adapt to the Premier League, the Brazil international will always be fondly remembered for that four-goal haul in a League Cup win against Liverpool.

Arsenal signed Poom on loan from Sunderland in 2006, in the hope he could provide competition to Jens Lehmann and Manuel Almunia.

The move was made permanent in January 2006, but the goalkeeper made just two appearances during his two years at the club.

“I was very grateful for this opportunity to join a really big club and play for a great manager in Arsene Wenger,” Poom told us. “I didn’t have a future at Sunderland so of course I took the opportunity, even if it was as a number three.

“With the help of great physios and masseurs, I got my knee right and I enjoyed working day-in, day-out with big stars like Thierry Henry, Robert Pires and Dennis Bergkamp.”