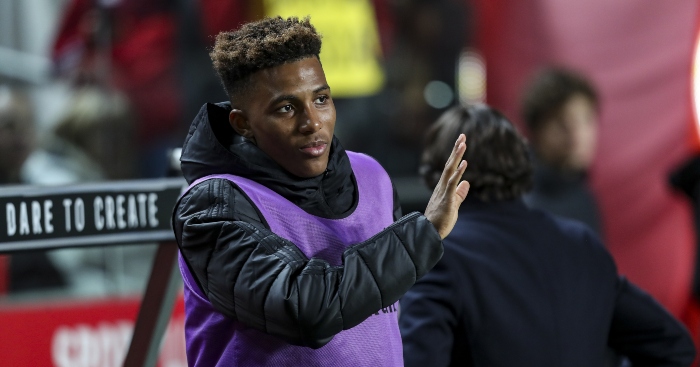 Since leaving Porto in 2004, Jose Mourinho has often bought players from clubs in his homeland – but how did they fare for Chelsea, Manchester United and Real Madrid?

The Tottenham manager has used his experience of Portuguese football to sign some of the best players from the Primeira Liga over the years.

We’ve taken a closer look at the 13 players Mourinho has bought from Portugal since arriving at Chelsea in 2004. He may know the league, but that hasn’t stopped him signing a few duds.

After helping Mourinho win the treble with Porto in 2003-04, Ferreira became the manager’s first signing at Chelsea.

The defender remained at Chelsea for nine years, making over 200 appearances and winning more or less everything on offer.

“The boy never gets injured, which means he consistently plays around 60 games a season, no problem,” Mourinho said of the player.

“Paulo will never get a mark of 10 out of 10 in a game or even nine, but neither will he ever get below a seven or an eight.”

Carvalho reunited with Mourinho and Ferreira at Chelsea after signing from Porto for £20million in 2004.

During his time at Stamford Bridge, he won three Premier League titles, three FA Cups and two League Cups before being re-signed by Mourinho at Real Madrid in 2010, claiming another title as well as a triumph in the Copa del Rey.

After taking two of Porto’s best players in 2004, Mourinho then turned to rivals Benfica.

Tiago made 48 appearances for Chelsea across all competitions during his debut season, although he was often used as a substitute.

Michael Essien’s arrival from Lyon in 2005 saw Tiago move in the opposite direction soon afterwards following just a single season in England.

The midfielder may not have made the grade at Chelsea, but he rebuilt his career in France before spells with Juventus and Atletico Madrid.

On this day: 2005 – Tiago scored THIS goal for #Chelsea. #CFC pic.twitter.com/7cDZVzuzwX

Morais’ performances for hometown club Penafiel earned him a trial at Chelsea in 2004, impressing Mourinho enough to be handed a three-year deal.

The defender failed to have the same impact as his fellow compatriots, making just two league appearances in 2004-05 before returning to Portugal to join Maritimo on loan.

He signed for Cypriot side APOEL Nicosia in 2007 following the expiration of his contract.

After a difficult spell at Barcelona, Quaresma got his career back on track at Porto, and Mourinho signed the winger shortly after arriving at Inter.

He failed to make much of an impact in Italy and didn’t feature in Mourinho’s plans, finding himself loaned out to Chelsea before joining Besiktas on a permanent deal.

“I am disappointed with him,” Mourinho said. “He is a player that I wanted in Milan, but unfortunately he has not been able to overcome the criticism directed at him. Without confidence in oneself it becomes more difficult.”

Di Maria earned plenty of admirers during his time at Benfica, and the winger became Mourinho’s first signing at Real Madrid in 2010.

The Argentine established himself in the Los Blancos team and was named Man of the Match in their 2014 Champions League final win over Atletico Madrid.

But that proved to be Di Maria’s last game for Madrid as the 31-year-old was shipped off to Manchester United to make way for James Rodriquez.

Like Di Maria, Coentrao impressed Mourinho with his performances for Benfica, and the manager spent £27million to bring him to the Bernabeu in 2011.

The defender was tipped for a bright future but failed to oust Marcelo from the left-back berth at Madrid and his time at the club was marred by injury problems.

After just 106 appearances in seven years, Coentrao terminated his Madrid contract and signed for Rio Ave in 2018. After 11 yellow cards and two reds, he was released after a single season and is currently without a club.

The manager turned to the Portuguese market once again after joining Chelsea for a second spell in 2013, signing Atsu from Porto.

Mourinho already had Willian, Andre Schurrle and Eden Hazard at his disposal so the winger was immediately loaned to Dutch club Vitesse Arnhem.

Atsu never made a first-team appearance for the Blues and joined Newcastle in 2017 after loan spells with Everton, Bournemouth and Malaga.

Mourinho wasn’t at Chelsea when the club decided to sell Matic to Benfica in 2011, but he was determined to rectify that mistake in January 2014.

Matic became an ever-present figure in the Chelsea midfield as they won the Premier League title in 2015 and 2017.

Mourinho then signed the defensive midfielder once again while he was at Manchester United, and Matic has even named a football pitch after his favourite manager.

Nemanja Matic has built a new football ground in his hometown in Serbia and named it after Jose Mourinho.

Lindelof was brought to Old Trafford by Mourinho in 2017 after impressing with Benfica, but the centre-back struggled consistency during his first season in England.

The defender has eventually established himself as a regular under Ole Gunnar Solskjaer, although Mourinho hasn’t been convinced.

“Lindelof is very, very good in some aspects of the game,” Mourinho told Sky Sports. “But he can be bullied in the one-on-one in the box, he’s not especially good in the air and Maguire has that kind of presence and physicality that is very, very important.”

The full-back was regarded as one of the most promising young defenders in Europe after making his breakthrough with Porto in 2017-18.

United spent £19million on Dalot in 2018, but he has made just 17 Premier League appearances for the club, losing his place to Aaron Wan-Bissaka this term.

Mourinho has raided Benfica once again to bring Fernandes to Spurs on an initial 18-month loan deal with an option to make the deal permanent.

The 21-year-old made his debut for the Primeira Liga giants last season, helping them win the league title, but fell out of favour this season.

Having not heard of him until two weeks ago, we’re not convinced he’s real tbh. Either that or he’s got a very good agent…