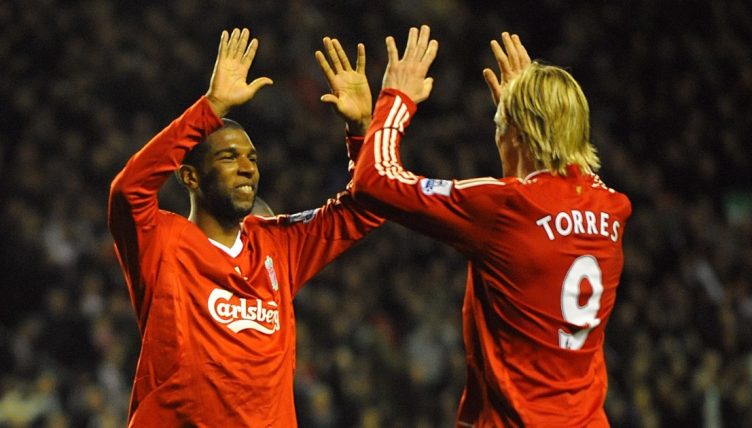 Following their 2-1 Champions League final defeat to AC Milan in 2007, Liverpool signed Fernando Torres from Atletico Madrid for a then club-record fee of £20.2million.

Torres was at the peak of his powers during his time at Anfield, scoring 81 goals in 142 appearances before joining Chelsea in January 2011.

But the striker wasn’t the only arrival at Liverpool that summer, and we’ve taken a closer look at the other 13 players the Reds signed ahead of the 2007-08 season.

After joining Liverpool from Boca Juniors, Insua had to wait until the 2009-10 season before he finally established himself as a first-team regular.

But the left-back was immediately deemed surplus to requirements by Roy Hodgson and joined Sporting Lisbon in 2011 following a loan spell at Galatasaray.

“It was sad for me to leave because I was feeling really well at Liverpool,” Insua told The Guardian in 2019. “I wanted to stay, but Hodgson told me I will not play [under him]. I was young and I wanted to play, so I left.

“Hodgson then signed Paul Konchesky to be the left-back, but Konchesky did not do well for Liverpool … maybe I should have stayed.”

Voronin only scored six goals during his three years at Liverpool, a tally that Torres beat inside his first 12 appearances for the club.

Despite verbally agreeing on a new long-term contract with West Ham, Benayoun changed his mind and completed a £5million move to Liverpool.

The Israel international was often the man for the big occasion and scored 29 goals in 134 appearances for the Reds, including hat-tricks in the Champions League, Premier League and FA Cup.

“I need a player like [Yossi] with a quality pass, always looking for the striker,” Torres said in 2009. “I always say to him that if I was manager, he’d always play.”

But Benayoun never quite nailed down a regular starting spot under Rafa Benitez and decided to join Chelsea in 2010. 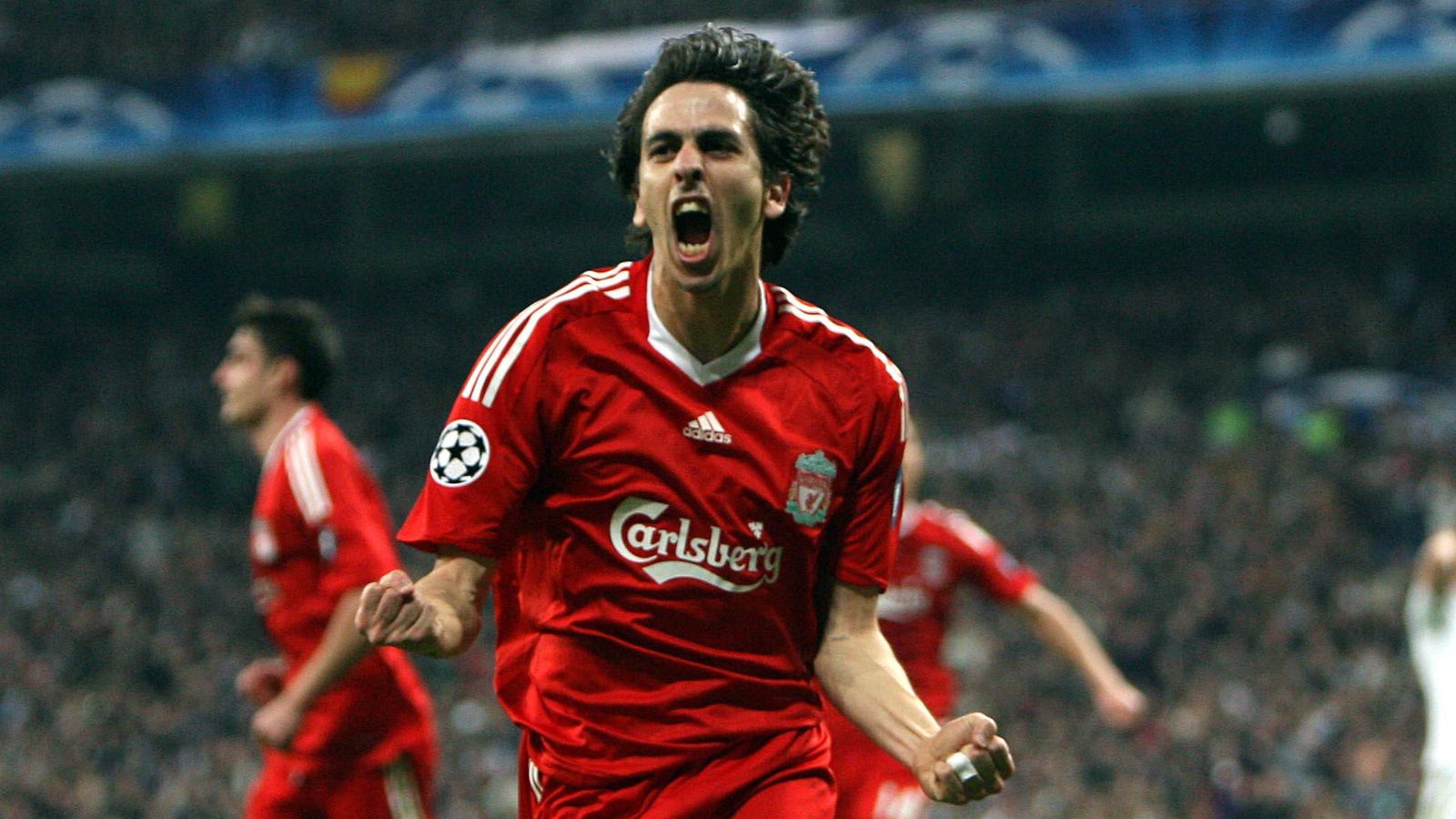 READ: An ode to Yossi Benayoun at Liverpool & his weird knack of scoring headers

Itandje joined Liverpool from Lens and served as the back-up goalkeeper to Pepe Reina, making seven appearances in cup competitions.

After acting like an idiot during the memorial service for the 20th anniversary of the Hillsborough disaster, he never played for the club again and was released in December 2010.

Signed from Argentinean side Lanus for £1.85million, Leto made two appearances in both the League Cup and the Champions League but failed to secure the required work permit to appear in the Premier League.

“I am disappointed and it was a surprise because this is a player who has played in the Champions League and been in the Argentina squad for the Olympic Games,” Rafa Benitez told the official Liverpool website in 2008.

“You have managers talking about how good he is, so I think the system needs to change.”

The winger ultimately left for Greece, initially joining Olympiakos on loan before securing a permanent switch to Panathinaikos in 2009.

Babel was regarded as one of the brightest prospects in Europe when he joined Liverpool from Ajax in an £11.5million deal.

While he did score a memorable late winner against Manchester United, the forward failed to live up to expectations and was eventually offloaded to Hoffenheim in 2011.

“I think I was badly coached. Neither the coach nor the coaching staff advised me well. I was 20 years old went I went to the Premier League,” Babel told AS in 2016.

“When you are 20, you need help from other people, you need people to talk to you. But when I went over there, nobody helped me. I was alone, and that’s difficult for any young player.”

Who could forget this late winner against Manchester United… 👌👌 pic.twitter.com/KaocYP9RRX

Just 19 when he joined Liverpool, Plessis initially played for the reserves and made his senior debut in a 1-1 draw at Arsenal in April 2008.

He failed to establish himself as a regular in the side, making just seven more appearances before signing for Panathinaikos in 2010.

Crowther had only played two first-team games for Stockport County when Liverpool signed the winger for £300,000 in 2007.

He featured regularly for the Reds’ reserves but didn’t make a single senior appearance and left Anfield by mutual consent in 2009.

It’s easy to forget that Lucas had a difficult start to his Liverpool career and was even booed by a vocal section of the home support following a 0-0 draw with Fulham.

The former Brazil international turned things around and became a cult hero at Anfield, racking up 346 appearances during his 10 years at the club.

He was allowed to join Lazio in 2017 and quickly became a fan favourite in Rome.

Despite being criticised for some poor performances at Levski Sofia, Mihaylov still did enough to complete a surprise move to Liverpool.

Having failed to obtain a work permit, the goalkeeper spent three years on loan at FC Twente before signing a permanent deal with the Dutch outfit.

Signed from MTK Budapest, Nemeth was tipped for a bright future and won the Liverpool Fans’ Reserves Player of the Year award aged just 18.

After loan spells at Blackpool and AEK Athens, the striker joined Olympiacos on a permanent deal in 2010, having never made a first-team appearance for the Reds.

“Maybe it wasn’t destined to work out,” Nemeth told us in 2018. “Rafa left and then Roy Hodgson came in, a lot of foreign players left the club and it was clear for me I had to leave.

“Olympiacos paid the money Liverpool wanted so it was both mine and the club’s decision. They tried to bring more English players and more from the youth team like Dani Pacheco and those kind of players at the time.

“But I’m so thankful to Liverpool. I learned a lot, that was how I learned to live without my family. It was an unbelievable learning process, I had ups and downs, but it was still positive. The fans and the club are amazing.”

He also failed to make a senior appearance for Liverpool and terminated his contract by mutual consent in December 2010.

“Rafa was always nice to us and that was a big thing for us,” Simon told us in 2018. “We always saw these great players on TV and suddenly we could go there and train with them.

“I had already signed, but I still couldn’t believe it. I was very motivated, I can’t explain how happy I was at the time, and I wouldn’t change it for anything. If I was in the same position again nobody could convince to me to go to this team or this team instead.”

The third signing from MTK Budapest, Gulasci initially joined Liverpool on loan and then made the move permanent in 2008.

He only got as far as the bench for the Reds, spending spells on loan at Hereford, Tranmere and Hull before moving on to Red Bull Salzburg in 2013. You’ll have since noticed him turning out for RB Leipzig in the Champions League.