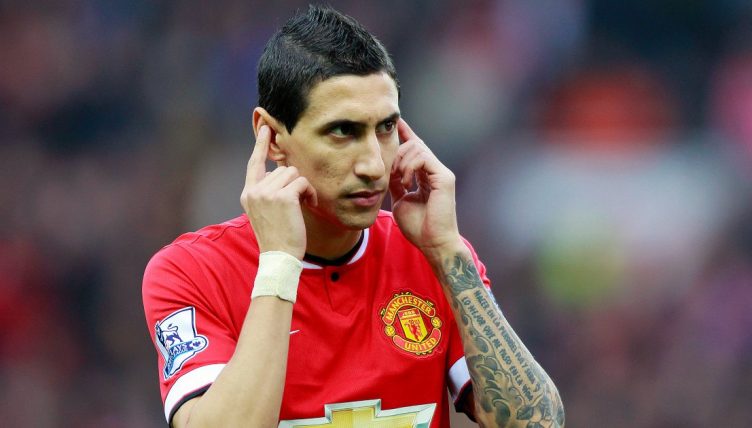 Manchester United’s recruitment has been heavily criticised in recent years – and they haven’t exactly been flawless when it comes to selling players either.

Executive vice-chairman Ed Woodward isn’t a popular figure among United fans due to his poor record in the transfer market, with the club missing on a lot of their various manager’s top targets since 2013.

We’ve looked at the 10 players Woodward has signed and subsequently sold for less than they were bought for during his time at Old Trafford.

Despite making an excellent start to his Old Trafford career, he fell out of favour under Louis van Gaal after struggling with off-field matters.

The Argentina international was allowed to leave the club for a substantial loss after just a year in England, joining Ligue 1 side PSG in a £44.3million deal.

After impressing in the Premier League with Southampton, Schneiderlin completed a £25million move to United in 2015.

However, the midfielder never really recaptured the form he had shown on the south coast and was soon deemed surplus to requirements by Jose Mourinho.

United did at least get most of their money back by selling him to Everton for £22million in January 2017.

Depay was tipped to be the next big thing after joining United for £31million from PSV in 2015, but he failed to make an impact quickly enough at Old Trafford.

He scored just seven goals in 53 appearances in all competitions before completing a £21.7million move to Lyon in January 2017.

After leaving United, the 27-year-old rediscovered his best form in France and later joined Spanish giants Barcelona in the summer of 2021.

By the summer of 2015, Schweinsteiger was heading into the twilight of his career, but United still agreed to spend £14.4million on the midfielder.

”When people see Schweinsteiger on the team sheet, that’s gonna send some shivers down the spine,” Woodward told MUTV in 2015.

But the Germany international spent the majority of his debut season on the sidelines before being banished to the under-23s by Jose Mourinho.

He worked his way back into the first team but was eventually allowed to join Major League Soccer side Chicago Fire on a free transfer in March 2017.

United famously missed out on Thiago and Cesc Fabregas in 2013 before signing Fellaini from Everton for £27million on deadline day.

Despite being a much-maligned figure at Old Trafford, the Belgium international was a regular in the team under Louis van Gaal and Jose Mourinho.

After falling down the pecking order under Ole Gunnar Solskjaer, he was sold to Chinese Super League side Shandong Luneng for £10.4million in January 2019, but in this case, United definitely got their money’s worth.

Darmian completed a £12.7million move to United in 2015 and was initially viewed as the long-term successor to Gary Neville.

But the right-back never established himself as a first-team regular during his four years at the club and was sold to Parma for just £1.4million in 2019.

United tried – and failed – to sign Herrera from Athletic Bilbao in the summer of 2013 before activating his £29million release clause 12 months later.

After spending five years at Old Trafford, the midfielder turned down their late offer of a contract extension and joined PSG on a free transfer in 2019.

“When I look back a year ago, my intention was not to leave Manchester United,” Herrera told ESPN in May 2020.

“They really suffer when things don’t go well and they really fight to bring Manchester United back. I disagreed with some of the decisions they made, but this happens in football. It happens in every company.”

But the goals dried up in his second campaign, and he often found himself demoted to the bench following Solskjaer’s appointment in December 2018.

United still recouped the majority of the sum that they paid to Everton by selling the striker to Inter Milan for £74million in 2019. He’s on the list due to that £1million deficit, but fair play to Ed for this one.

United and Arsenal agreed on an ill-fated swap deal involving Sanchez and Henrikh Mkhitaryan in January 2018, with both players valued at around £30million by their respective clubs.

The Chile international also received a reported £500,000-a-week at Old Trafford but failed to live up to expectations, scoring just five goals in 45 appearances.

Desperate to get his wages off the books for good, United allowed Sanchez to join Inter Milan on a free transfer in 2020, despite there still being two years left on his contract. Oh, and they gave him £9million for good measure.

After Rio Ferdinand and Nemanja Vidic left at the end of the 2013-14 season, United identified Rojo and agreed to pay Sporting Lisbon £16million for his services.

The centre-back failed to fill the boots of his predecessors, becoming renowned for his reckless defending and reoccurring injury problems.

He made just 17 Premier League appearances in his final four seasons at United before returning to Argentina with Boca Juniors on a free transfer maria in February 2021.