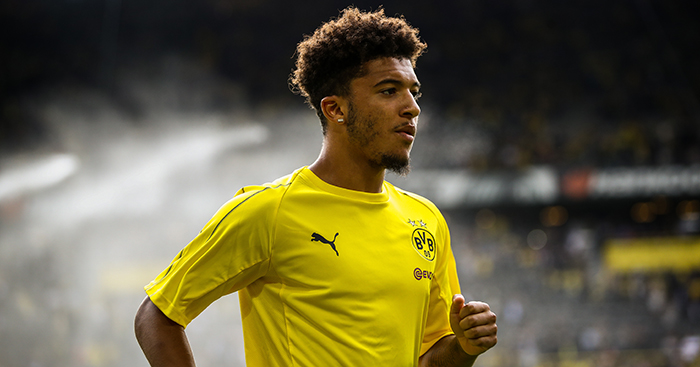 It is still relatively rare to see English footballers playing abroad – but there are 20 on the books at clubs in Europe’s five other major leagues this season.

While it is common for English clubs to sign players from overseas, the strength of the leagues on these shores means few of our homegrown talents ever feel the need to leave the UK.

It is starting to happen more, however, and this season there are Englishmen contracted to top clubs in Spain, Italy, Germany, France and the Netherlands…

Back in 2014, Roberts was tipped to be starting for England at the World Cup four years later.

He had made only two appearances for Fulham by that point, but the hype seemed justified when Manchester City paid a reported £12million to sign him the following summer.

He has since spent two and a half years at Celtic but will spend 2018-19 with Girona, City’s Spanish partner club. So far the 21-year-old has made two late substitute appearances totalling 18 minutes.

McGuane joined Arsenal as a six-year-old and progressed far enough to make a couple of substitute appearances in the Europa League last season, but in January he joined Barcelona in the hope of a clearer path to regular first-team action.

He went on to make eight appearances for Barça B and played alongside several first-teamers as a substitute in the Catalan Super Cup win over Espanyol, but he is yet to feature at any level this season.

A dream come true. Today I signed for the biggest club in the world and tomorrow I start work. What a special day it has been for me and my family. Now I am ready to start this new chapter and challenge🔴🔵 @FCBarcelona @FCBarcelonaB #ForçaBarça #FCBarcelona pic.twitter.com/fHsOb8z6nM

Vieira had developed a big reputation in his couple of seasons as a professional at Leeds, and one which travelled as far as Italy as in July he joined Sampdoria for £6.2million in July, following in the footsteps of Trevor Francis, David Platt, Des Walker and Lee Sharpe.

The England Under-21 midfielder, who was born in Guinea-Bissau and moved to England in 2011, has so far made just one seven-minute appearance as a substitute in Serie A.

Mavididi has gained first-team experience out on loan at Charlton and Preston over the last couple of seasons, but in the summer he opted to leave Arsenal permanently for Juventus, initially joining their Under-23 team.

The 20-year-old striker scored his first goal in only his second appearance in Serie C.

The England Under-17 World Cup winner has made only three substitute appearances this season, but in just 64 minutes of action he has already laid on three goals.

“Jadon is a very good player, I saw that immediately,” said new Dortmund coach Lucien Favre in pre-season. He is sure to get more opportunities as the season progresses.

Having made 16 appearances for Arsenal last season, including his first Premier League start, Nelson will hope to get more regular first-team experience at Hoffenheim.

Okoroji, born to an English mother and Nigerian father, has spent his entire football career in Germany, starting out at Bayern Munich before moving on to Augsburg and then Freiburg.

The 21-year-old left-sider made the bench for a Bundesliga game against Borussia Dortmund in January but has so far been playing for the club’s second team this season.

Handily, we spoke to him in May… 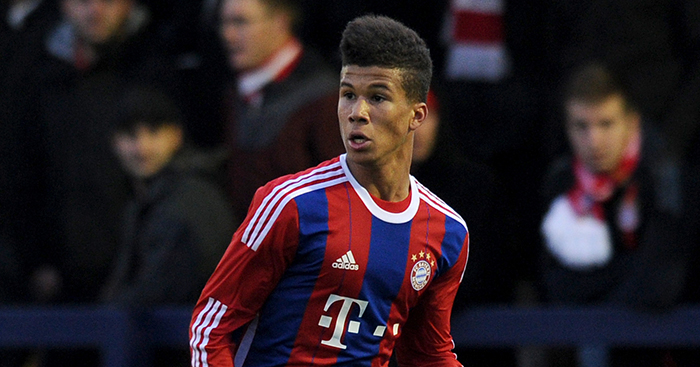 READ: The Englishman who spent 10 years at Bayern & is still in the Bundesliga

Bennetts swapped Tottenham’s academy for Monchengladbach in May, claiming it is “harder for young players to make the breakthrough” in England.

The 19-year-old scored nine goals and set up a further five for Spurs’ Under-23 team last season but had no hesitation making the move to Germany.

“For English footballers, the goal is mostly the Premier League,” he said. But I just wanted to become a professional.

“Since I’m half German, the Bundesliga was always an option for me. I do not see that as a detour.”

Born in England to Nigerian parents, Egbo joined Monchengladbach from Crystal Palace in 2015 and made his debut in the Bundesliga in February.

The 21-year-old has started this season with the club’s second team but has been described as “a player with huge potential” by sporting director Max Eberl.

In 2014, Collinge made the brave decision to turn down a two-year scholarship at MK Dons to join Stuttgart, which would allow him to complete his A-Levels, too.

“In England that opportunity wasn’t there for me, but in Germany I was given the opportunity to go to an international school and study for an International Baccalaureate,” he told the BBC. “That would secure me a good back-up plan if football didn’t work out for me.”

Now 20, Collinge has made the step up from Stuttgart’s Under-19 team to their reserves for this season.

Like Sancho, Boadu joined Dortmund from Manchester City last summer, but to rather less fanfare.

The 21-year-old played regularly for Dortmund’s second team last season but is yet to appear so far in 2018-19, with an injury keeping him out.

Ojo has already played 13 times for Liverpool, but the England Under-21 winger has got much of his first-team experience out on loan and, after helping Fulham to promotion from the Championship, will spend this season in France.

The 21-year-old made his first appearance for his new club as a late substitute against Montpellier before the international break.

Griffiths scored 33 goals for Tottenham’s Under-18s last season, including four hat-tricks, but he was not offered the chance to move up to the first team and wasn’t among the raft of youngsters to go on the club’s pre-season tour of the US.

After initially agreeing a one-year scholarship deal to remain with Spurs, he then signed a four-year contract to join Lyon on July 30.

He will spend his season in France with the club’s academy.

Thank you to everyone that has supported me to get here today. One seven. Coaches. Chingford crew. Martz etc❤️

Less than a year after leaving his role as Chelsea’s technical director, Michael Emenalo used his contacts to sign Panzo for his new club, Monaco.

The 17-year-old defender was a key part of England squad which won the U17 World Cup, but rather than join Chelsea’s army of loan stars he decided to make a completely clean break.

Clarke-Salter made his Premier League debut for Chelsea in 2016 but has made only one more appearance for the Blues since, in the League Cup, instead spending time out on loan at Bristol Rovers and Sunderland.

The centre-back has made the now-traditional move to Vitesse for 2018-19 and has already started eight games, scoring the first senior goal of his career on the opening day of the Eredivisie season.

Clark is a different story. The left-back played 30 times for Hull City last season and had the opportunity to remain in the Championship, but instead the 22-year-old opted to join up with former Tigers manager Leonid Slutsky at Vitesse.

He has started the season on the bench, however, making just one three-minute appearance as a substitute in a Europa League qualifier.

On loan from Tottenham, Edwards made his debut for Excelsior as a late substitute against ADO Den Haag before the international break.

The 19-year-old has already appeared for the Spurs team and has even been likened to Lionel Messi by Mauricio Pochettino, but he played only once on loan at Norwich in the second half of last season and will be hoping for significantly more first-team experience in the Netherlands.

Once described as the new Jack Wilshere, Crowley left Arsenal for Willem II last summer following half a season on loan with Go Ahead Eagles.

The attacking midfielder made 10 appearances in the Eredivisie last season and has started all four games so far this term, contributing a goal and an assist, leading to suggestions he could soon be called up by the Republic of Ireland, who he is eligible to represent because of his grandparents.

Leigh came through Manchester City’s academy and enjoyed successful spells with Bradford and Bury before deciding to move to the Netherlands over the summer.

So far his decision looks to be a good one, with the 23-year-old starting all four games so far at left-back, though Breda have won only one of them.

A graduate of Aston Villa’s academy, Suliman has spent time on loan at Cheltenham and Grimsby over the last couple of seasons and will spend the entirety of 2018-19 on loan with Eredivisie newcomers Emmen.

The 20-year-old centre-back has played once for Villa’s first team, in a League Cup win over Wigan last August.