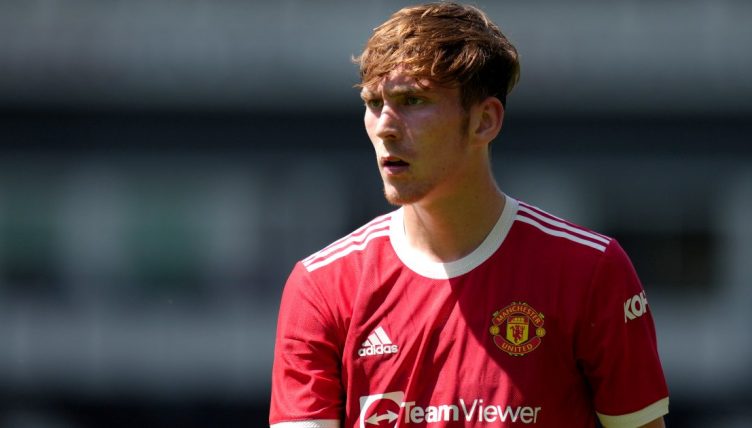 Manchester United have a seriously stacked squad but Ole Gunnar Solskjaer will also be keeping an eager eye on the progress of various youngsters out on loan for the 2021-22 season.

The rise of Marcus Rashford and Mason Greenwood proves there’s a pathway for youngsters into the United first-team provided they are good enough and the loan exploits of Dean Henderson a few years back underlines this observation.

We’ve taken a look at the 14 players sent out on loan this time around who have the chance to prove they’re worthy of a first-team place at Old Trafford next term.

Bishop has been ever-present for Mansfield Town, getting off to a solid start with his new club.

Having shown potential at Southend, the goalkeeper was snapped up by United in January 2020 but finds himself back playing at League Two level this season.

Mansfield got off to a positive start but lost their next four games, with Bishop conceding 13 goals in seven league matches.

Devine made the move north to Scottish side St Johnstone in July 2021 and has made several appearances since starting at left wing-back away at Ross County in the first game of the SPL season.

The 19-year-old has made two further league appearances but didn’t play any minutes in the club’s European defeats to Galatasary and LASK.

Chong has already announced himself as an outstanding talent to the Birmingham City faithful, who’ve been raving about his early season performances.

He’s already collected three man of the match awards in the Championship, especially impressing with two assists during a 5-0 demolition of Luton Town in August.

“I knew he was a good player, but I have to say that he’s surprised me,” said Blues boss Lee Bowyer. “Whatever you ask him to do, he’ll do.

“He’s low maintenance with a great attitude and just wants to improve. He wants to excite people, and I just want him to score a goal because his performances since he’s been here, he deserves one.” 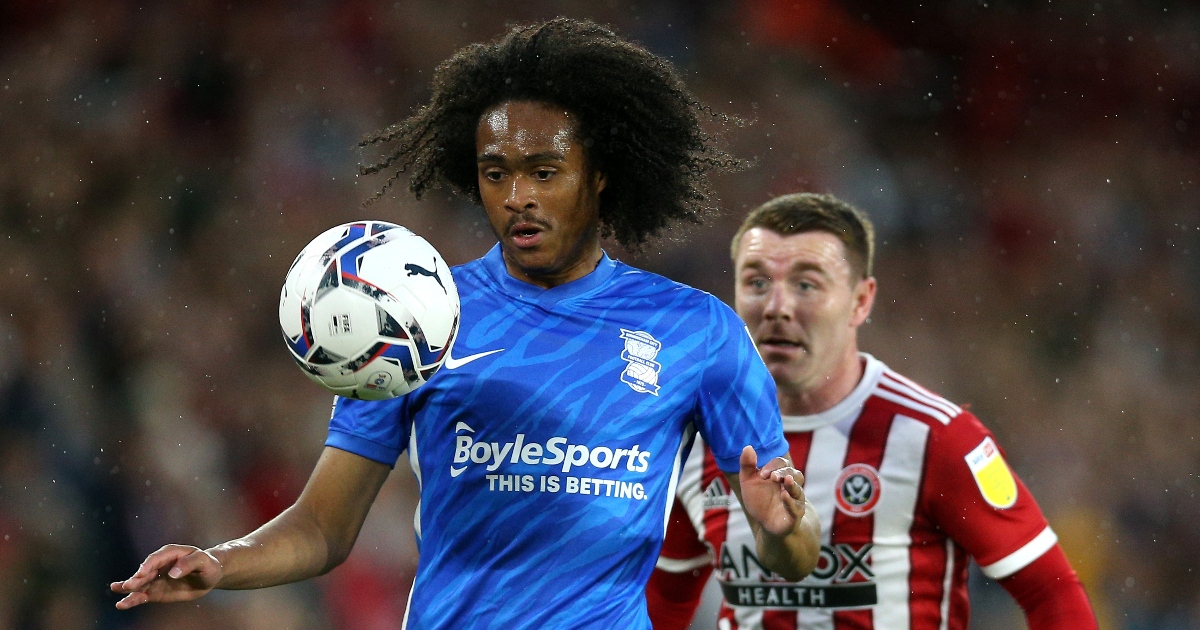 Having appeared during United’s pre-season match at Derby, Fish may have hoped to stay at Old Trafford and impress Solskjaer with his performances in the youth teams.

But the United staff had other ideas and Fish is spending the season at neighbouring Stockport County.

He played in their first home game of the season, a defeat against Dagenham & Redbridge, but was left out of the squad that triumphed at Southend.

Fish possesses admirable physical qualities which should stand him in good stead for a season in the National League.

After an impressive loan spell at nearby Salford City, Bernard is spending the season at newly-promoted Championship side Hull City.

The defender made his debut during a defeat against Fulham and has gone on to make a further four appearances in all competitions.

Speaking after a goalless draw with Bournemouth, Hull manager Grant McCann said: “He’s a bit of a throwback, isn’t he? He just loves defending.

“He loves getting his body in the way, winning headers and the physical side of the game. He and Jacob [Greaves] have come up against probably two of the best strikers in the division in the last two weeks in [Aleksandar] Mitrovic and [Dominic] Solanke.

“They are two young centre-backs and I thought they both did well.”

Pellistri signed for United in 2020 and hoped to demonstrate some of the talent that drew Solskjaer to spend £7.65million on him.

But the 19-year-old is still awaiting his first senior appearance for United. He spent the second half of last season at Alaves, featuring 12 times in La Liga before signing on again for 2021/22.

He’s played in every league match so far but Alaves are rooted to the foot of the table following three straight defeats.

Having spent two seasons on loan at Aston Villa during their time in the Championship, Tuanzebe has returned to Villa Park for the current season following United’s signing of Raphael Varane.

And the centre-back played the whole 90 minutes of Villa’s 1-1 draw with Brentford at the end of August.

He’ll be hard-pressed to break up the effective partnership between Tyrone Mings and Ezri Konsa, but Solskjaer will be hoping Tunazebe rises to the challenge of establishing himself at a club with aspirations of qualifying for Europe.

Galbraith has been brilliant for Doncaster Rovers since joining from United in mid-August.

His early-season performances in Yorkshire have been so encouraging some parts of the United fanbase have wondered whether he could be their long-term answer at the base of midfield.

Doncaster haven’t started the season well but will be hoping that the Northern Ireland international continues to impress as they aim to pull away from the League One relegation zone. 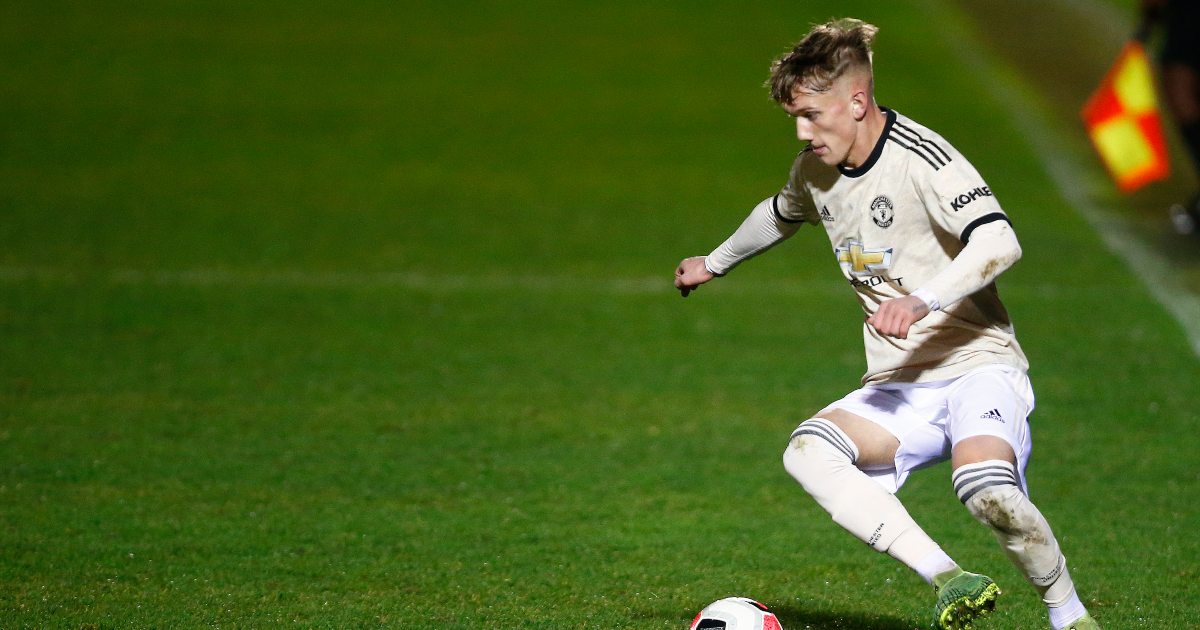 He’s made four appearances so far, but all it took for Laird to win over the Swansea fans was this cheeky piece of skill during a win at rivals Bristol City.

Swans, and United fans, will hoping for moments of sauce this season.

Levitt may only be 20 years old but is one of the more experienced players on this list, having won nine international caps for Wales and played against Italy at Euro 2020.

And the youngster will spend this season playing for Dundee United having been influenced to move to Scotland by United technical director Darren Fletcher.

The midfielder said: “Darren Fletcher spoke to me a few times before I came up and he said, ‘Go and show what you can do, it’s a good league, the quality is very good and it is very physical and try to do well’. He’s very supportive.

“I was with them [Manchester United] in pre-season for a month and he was always on to me.

“Hopefully I can show what I can do here and show the players and staff what I am capable of. United just wanted me to go out and express myself and obviously they will assess me when I go back but they just want me to do my best.”

He may be the king of pre-season but Pereira’s days as an Old Trafford first-team member look numbered.

Pereira spent last season on loan at Serie A side Lazio and will now be playing his football in Brazil with Flamengo alongside David Luiz and Chelsea loanee Kenedy.

The midfielder has made a positive impression in South America, scoring within nine minutes of his Flamengo debut, but United wanted to sell Pereira permanently this summer and it’ll be a surprise if they don’t do so next year.

Nottingham Forest may be the Championship crisis club du jour but they made an astute decision to extend Garner’s loan by another half-season.

The midfielder attracted glowing reviews with his performances at the City Ground last season, including this glorious goal against Preston in May.

Forest fans will be hoping for more of the same if their club isn’t to endure a season of struggle.

James Garner with a late goal of the season contender for Forest 🚀😳#NFFC
pic.twitter.com/BGP5biduaN

Norwich moved to shore up their leaky defence with a loan move for Williams at the back-end of August.

Williams spent much of the 2019-20 season in the United first-team but the arrival of Alex Telles and Luke Shaw’s resurgence pushed him down the pecking order at Old Trafford.

And the full-back made an impressive debut during the Canaries’ 1-0 defeat at Arsenal, giving United fans hope that a season playing regularly in the Premier League will kick-start his development.

After making a solitary appearance for United, during a Europa League match in Kazakhstan, the forward made his debut off the substitutes bench against Bradford City as the club secured their first win of the season.