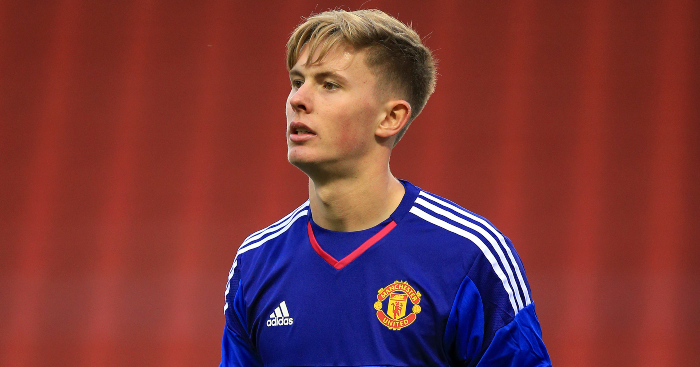 Manchester United have sent 14 players out on loan this season, to varying degrees of success.

Six months ago we took a look at how the nine players Jose Mourinho had sent out on loan were doing, but with more joining in January, we thought it would be the right time for end of season reports.

Here’s how Manchester United’s 14 loanees have fared this season.

The 22-year-old goalkeeper has been a big success in South Yorkshire with Sheffield United, keeping the most clean sheets in the Championship to help them to promotion, becoming a firm fan favourite along the way.

He has made the odd error, notably to gift Leeds United a goal in a crunch clash in December, but he’s since recovered well as Blades beat their Yorkshire rivals to the second automatic promotion spot.

The club are hoping to retain his services in the Premier League next season, although it is unclear whether they will have to settle for another loan deal rather than a permanent transfer.

Willock failed to make an impact during last season’s loan to Eredivisie side FC Utrecht, which was cut short before he was sent to St Johnstone in the latter half of the campaign.

It’s been another pair of loan moves this time around, spending the first half of the season back in Scotland at struggling St Mirren followed by a spell with League Two side Crawley.

Playing for the SPL’s second-bottom side alongside Simeon Jackson and Anton Ferdinand doesn’t paint the midfielder in the best light, but Crawley boss Gabriele Cioffi praised Willock’s effort and attitude at least.

The left-back was once hoped to be a future regular in United’s defence after impressing in his early appearances under Louis Van Gaal but that’s not looking too likely.

However, after failing to impress at Leeds last season, he’s spent this campaign at Scunthorpe, who have just been relegated from League One.

After making nine appearances for Vitoria Setubal before Christmas, Pereira headed out for his second loan spell of the season at Belgian top tier side Kortrijk, where he’s appeared just twice.

Pereira, 22, will look to rival Henderson as a future back-up goalkeeper with the Red Devils, but his career has stalled.

The England Under-21 international was thought of as one of the shining stars of United’s academy, but he often struggled as Villa failed to convince at the back under Steve Bruce and the early months of Dean Smith’s tenure. A bonkers 5-5 draw with Nottingham Forest, back in November, was a particularly low point for their defence.

He has come on leaps and bounds since Tyrone Mings was brought in on loan from Bournemouth in January, however, and the pair have looked a convincing partnership as Villa head into the play-offs.

Fosu-Mensah is already back with United after undergoing knee ligament surgery following a horror injury suffered as Fulham beat Everton 2-0 in April.

It’s been a disastrous season for the Cottagers, who are heading straight back down to the Championship despite significant investment.

Fosu-Mensah struggled for regular opportunities, especially under Claudio Ranieri, but had started to show signs of improvement with Scott Parker in charge.

It’s just over five years since James Wilson scored a brace on his United debut, handed to him by interim manager Ryan Giggs.

His career looks to have taken a serious hit with the knee injury he suffered at Derby in October 2016. This season he’s scored three goals in 29 appearances for Aberdeen, although the majority of those have been off the bench.

The left-back earned rave reviews from Hearts fans for his performances in the latter half of last season, but he made just 14 league starts after returning to the Jambos before suffering a season-ending injury in February.

The young Scot scored a rocket on his debut at Rochdale with a late consolation against Peterborough. Showing dynamism in midfield, he scored four goals in 14 appearances after joining on loan in January, although he was also sent off once.

Rochdale were in danger of relegation in League One’s ludicrously congested bottom half, but Hamilton’s contributions helped ensure survival, notably when he scored the only goal of the game in a 1-0 win over Bristol Rovers in the penultimate game of the season.

A ball-playing centre-back, Poole spent the latter half of the campaign at Newport County, featuring at the back as they knocked Middlesbrough out of the FA Cup and gave Manchester City a worry in the fifth round.

Out of contract this summer, reports suggest he could be joining Peterborough to play under Sir Alex Ferguson’s son, Darren.

Another goalkeeper on their books, O’Hara endured a tough campaign as Macclesfield fought tooth and nail to preserve their Football League status, but they stayed up in the end with a point on the final day.

It’s been a tough season but despite being written off and when our backs were against the wall, we came out fighting. On a personal note it was an honour for me to pick up all 3 payer of the season awards after the game. Thank you for the opportunity and your amazing support!. pic.twitter.com/XQdS00QP3I

He scored on his debut, a 3-0 win over Crawley, but the 20-year-old striker failed to find the back of the net in his subsequent eight appearances.

AFC Fylde are flying high in the National League, hoping to earn promotion to League Two via the play-offs having secured a place in the final where they will face the Class of 92’s Salford City.

Unfortunately for 19-year-old defender Sang, he’s yet to make an appearance for them since joining in January.

Wilson joined Port Vale in January but had his loan move cut short after only featuring for their reserves. New boss John Askey didn’t think the 20-year-old midfielder had enough experience to contribute.