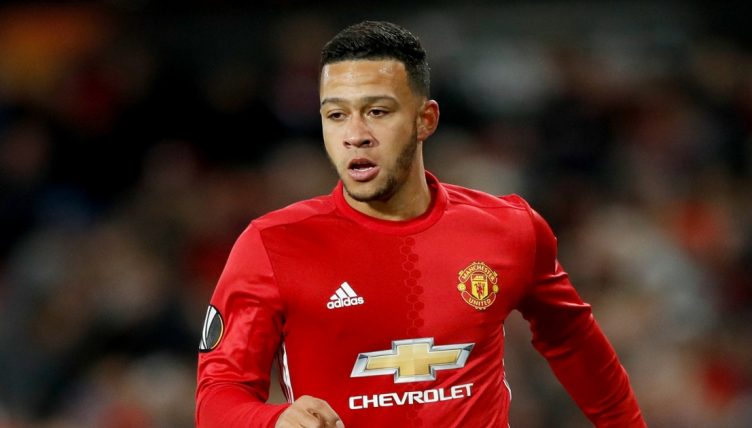 While Jose Mourinho’s time at Manchester United didn’t end the way he would have liked, it was certainly eventful. He also remains the last Red Devils manager to lift silverware.

There were plenty of deals made during Mourinho’s two-and-a-half years at Old Trafford, with high-profile names coming in and out of the club.

We’ve taken a look at the 15 players he sold as United manager to see how they’ve subsequently fared. Note: we’ve not included players that left on free transfers.

Reid was a regular in United’s under-18s before joining Swansea City in 2016 but only made one first-team appearance during his three years at the club.

After spending a season at Swindon Town, the defender then signed for National League club Woking in October 2020 and has since moved to Finnish club Vaasan Palloseura.

Having broke through under Louis van Gaal, McNair joined David Moyes when he took over at Sunderland. That didn’t exactly go to plan as they got relegated in calamitous fashion.

Now 27, he is currently at Middlesbrough and is a regular feature in the Northern Ireland national team.

He featured in Boro’s backline and scored the first spot-kick of the penalty shootout as Chris Wilder’s side dumped United out of the FA Cup at the fourth round stage back in February.

Love made just two appearances for United’s first team and suffered a defeat on both occasions before leaving in the same deal that took McNair to the Stadium of Light.

Unlike the Northern Ireland international, he has been unable to stay in the Championship and is now plying his trade for Morecambe in League One.

The defender went on to make 122 appearances for the Royals, before moving on to Nottingham Forest in 2020. Blackett failed to become a first-team regular at the City Ground and has since moved to MLS side FC Cincinnati.

Keane was a highly-rated prospect at United after scoring regularly for their reserves but a knee ligament injury halted his progress and derailed his career.

“A lot of football is timing, isn’t it? Being in the right place at the right time,” Keane told the Manchester Evening News in 2019.

“It’s been hard for me because I’ve had a few big long-term injuries. Even when I have played, it’s been quite stop-start.”

The striker remained in the Premier League with Hull City but couldn’t prevent their relegation in his debut season. He’s since represented Ipswich Town and Wigan Athletic.

It’s for Wigan where he’s finally exploded into life. He scored 27 goals in the Latics’ League One promotion-winning campaign last year, and the form has earned him caps for the Republic of Ireland.

Like Keane, Weir’s initial departure from Old Trafford saw the midfielder join Hull’s fight to stay in the Premier League.

Having moved to Bolton Wanderers in 2019, the 26-year-old took the road less travelled and has now joined Hungarian side MTK Budapest after a stint in Slovakia with Pohronie.

“I feel like I have a bit of bad luck here and there but going forward it’s a case of looking to change that by being the best I can be and put all that behind and look at it as a learning curve.”

READ: The story of James Weir and his 60-second Manchester United career

After moving to United in a £24million move in the summer of 2015, the former Southampton man never really recaptured the form he had shown on the south coast.

Schneiderlin made just eight appearances under Mourinho and joined Everton in January 2017. Things didn’t go as planned there either and the midfielder returned to France with Nice in 2020.

Depay failed to live up to expectations at Old Trafford and was deemed surplus to requirements after half a season under Mourinho.

The forward joined Lyon in January 2017 and has started to fulfil his undoubted potential since moving to France, helping the Ligue 1 side reach the Champions League semi-finals in 2019-20.

He registered 76 goals and 55 assists in 178 appearances for Lyon and that glittering record earned him a free transfer to cash-strapped Barcelona in 2021.

He’s blown hot and cold somewhat in Catalonia and Barca spent the summer of 2022 trying to offload him. But Depay is currently spearheading the Netherlands’ World Cup campaign and is a fantastic talent.

Despite impressing with the reserves, Goss never managed to make a first-team appearance for United before being sold to QPR in 2017.

After a couple of loan spells in Scotland, the midfielder made a permanent move to Shrewsbury in 2019, briefly joining up with Love, before moving back up to Scottish Premiership club Motherwell in 2021.

Harrop made his senior debut against Crystal Palace in 2017 and scored the opener, but he rejected a new deal with the club in favour of regular minutes elsewhere.

The winger joined Preston North End on a permanent deal but was released from his contract in September 2022 and is currently unattached.

There had been so much hope for Januzaj, but he ultimately didn’t fulfil that at Old Trafford and was sold to Real Sociedad in 2017, following two loan spells away from the Red Devils.

The winger has got his career back on track in La Liga and moved to Sevilla last summer.

After joining United from Penarol in 2013, Varela made 11 first-team appearances before returning to his boyhood club in the summer of 2017.

The right-back returned to Europe with Danish side Copenhagen in 2019 and played against United in the Europa League quarter-final.

He is currently at Brazilian side Flamengo on loan from Russian Premier League club Dynamo Moscow.

Swapping Mkhitaryan for Alexis Sanchez was about as useful as swapping a chocolate teapot for a lead balloon.

The Armenia international failed to make an impact at Arsenal and joined Roma on a permanent deal in 2020 following a successful loan spell with the Serie A outfit.

He’s now back playing under Mourinho, which you would imagine was an awkward reunion, but the pair appear to have let bygones be bygones. He scored a match-winner against Sampdoria earlier this year with the finishing touch to a lovely 20-pass move.

“If it had been a different coach, people would be talking about our goal as fantastic football, building out from the back, but they won’t do that with me!” Mourinho said after Mkhitaryan’s goal. Still as spiky as ever, then.

From back to front… ⚡️

Having gone out on loan 10 times, Johnstone joined West Bromwich Albion on a permanent deal in the summer of 2018 and has been there ever since.

The goalkeeper has thrived for the Baggies, becoming their No.1 and helping get the club win promotion back to the Premier League in 2019-20. He couldn’t help them stay up, but made the most saves of any Premier League goalkeeper in 2020-21, and could hold his head up high.

That form has seen Johnstone earn three caps for England since 2021 and he moved to Crystal Palace over the summer.

Blind was one of the first names on the team sheet under Louis van Gaal and it felt fairly inevitable that things wouldn’t be the same for the Dutchman under Mourinho.

After falling down the pecking order, he was eventually sold back to Ajax, where the versatile defender has racked up over 300 appearances over two spells.

His return has coincided with them becoming Dutch football’s most dominant force once again and Blind is currently part of the Netherlands World Cup squad.

READ MORE: The youngster who started for Man Utd in the CL before ‘downwards spiral’