The 15 players with most assists in PL2, ft. Arsenal, Chelsea & Liverpool kids 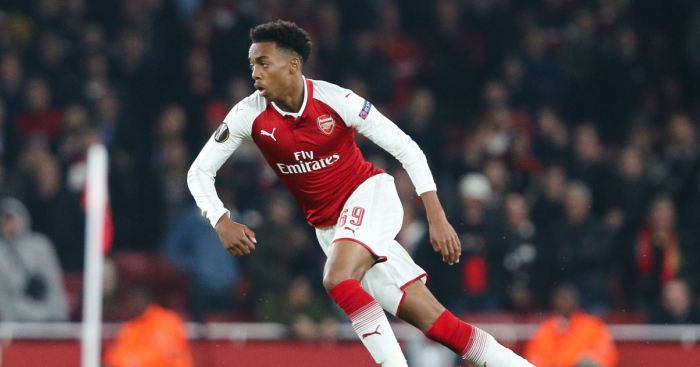 Arsenal, Chelsea and Liverpool youngsters are among the players with the highest number of assists in the Premier League 2 this season.

The competition came under the spotlight recently as Manchester United finished bottom of the division and were subsequently relegated from the top tier.

But we’ve taken a look at which players have impressed the most, and after running the rule over the top scorers in the competition, we’ve moved on to those with the most assists.

A total of 10 players have claimed four assists in the Under-23 competition this season, with representatives from five different clubs.

Three Spurs players rank among those, with Keanan Bennetts making both this list and the top scorers’ list, having also notched seven goals this term.

Manchester City winger Javairo Dilrosun also features, and the highly-rated Dutchman is receiving plenty of interest with his contract expiring in the summer.

It is looking likely he will move abroad, with the compensation owed to City likely to be one fifth of what it would be were he to stay in the Premier League – though he is still attracting interest from Newcastle United and Swansea City as well as Benfica.

Willock has impressed supporters with confident displays in the Europa League this season despite his tender age of 18, making his Premier League debut in the recent defeat to Newcastle.

To make my full @premierleague debut for this beautiful club is a dream come true for me. I’m sorry we couldn’t bring you the result you deserve❤️👊🏾 thanks for the support pic.twitter.com/us3ASqnegS

Then 17, he was in training with Bradford Bulls and almost chose to put football behind him and gear towards life as a rugby league player, but he was convinced to stick at it and before long was in Ossett’s first team.

“The last 12 months has been amazing for me,” he said in 2016. “I’ve gone from playing sides like Ramsbottom United to Feyenoord. This is football.

“Football is full of fine margins. If I had taken the advice of another person it could have been so different for me. In the end I was swayed to stick with what I had started with by my football coach and my mum.”

Dasilva has made three substitute appearances for Arsenal’s first team this season, all coming off the bench in the League Cup.

The 19-year-old came through the ranks as a striker before being pushed out wide and then ending up as a No.10 thanks to the guidance of Thierry Henry.

Yet when he made his senior debut in a tie against Doncaster he came off the bench to form part of a back three before playing at left wing-back in his next cameo against Norwich.

Good to see Arsenal's Charlie Gilmour battling in the heart of midfield. Have to say all-action captain Josh Dasilva has again caught my eye. Happy to play as defensive shield in front of the backline or as an auxiliary right-sided attacker driving at the visitors defence pic.twitter.com/xMAtacerlB

Brewster has already grabbed plenty of headlines despite only just turning 18 years old.

The striker was top scorer as England’s Under-17s lifted the World Cup in October, having been named among the substitutes for Liverpool’s trip to Crystal Palace towards the end of the 2016-17 campaign.

His seven assists and five goals came in just 829 minutes of PL2 action before he was stretchered off with ligament damage in January, requiring a second operation in March to attempt to correct the issue.

He is expected to return for pre-season and join up with Jurgen Klopp’s first team ahead of the 2018-19 campaign.

Byers in fact made a senior debut in the Championship three years ago, coming on for former club Watford in a 5-0 demolition of Charlton.

The Scottish midfielder joined Swansea in 2016 after being released by the Hornets, and has also scored nine goals in the Premier League 2 this term.

“Troy Deeney was a big help for me,” he said. “I was very close to him during my time at Watford. I looked up to him and he gave me good advice on and off the pitch.

“Even though I only had one game in the Championship that season, I fully believe my time training with the first team helped make me a better player.”

Now 21, his contract with Swansea expires in the summer, but his creativity in the Under-23 competition may tempt them into handing Byers a new deal.

Very shocked to read that George Byers hasn't yet been handed a contract extension as his contract runs out at the end of the season. Hopefully Swans offer him, if he chooses to move on then you can not blame him and all followers of the u23s would wish him the greatest success. https://t.co/14WfwrXCWV

He has played in all but one of their PL2 fixtures this term, and earned a call-up to Wales’ Under-21 squad aged just 19, though he is yet to feature.

The Under-23 captain caught the eye with both goals in a 2-1 win over Nottingham Forest in February, with academy director Darren Wassall describing his header as “Andy Carroll-esque”.

“We’ve been very pleased with him all season and he’s one of the players hopefully for the future,” he said.

FM sims how Barcelona would fare in the Premier League