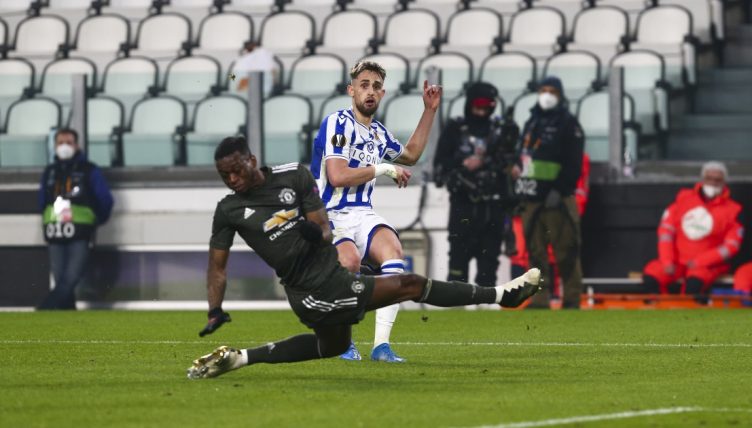 Manchester United‘s talent factory has been the key to some of the club’s greatest successes in modern times and also made idiots of pundits along the way.

In 1995, Alan Hansen famously predicted that United would not win anything with the class of ’92 at the heart of their side, only for the Red Devils to win the Premier League and FA Cup that season, and the treble three seasons on. But not all of them hang around Old Trafford for long.

We’ve taken a look at all the club’s youth graduates currently plying their trade elsewhere in the Premier League, La Liga, Bundesliga, Serie A or Ligue 1, excluding those on loan from United.

The centre-back won three Premier League titles, two League Cups and the Champions League during his time with United but left to join West Brom in 2015 after somewhat falling out of favour.

He spent three seasons with the Baggies but jumped ship following their relegation in 2018, joining Leicester City on the cheap.

Now 33, he is aiming to once again play on the biggest European stage with the Foxes.

Not a name that immediately springs to mind when you think of Manchester United, which is largely due to the fact he only made 18 first-team appearances for the Red Devils.

At least he managed to take a Community Shield victory away with him. After leaving Old Trafford permanently in 2008, Bardsley went to Sunderland where he spent six years and made 200 appearances.

A spell with Stoke City followed and he can be found in Sean Dyche’s Burnley squad on matchdays, usually on the bench though.

Welbeck proved a steady and reliable resource for Sir Alex Ferguson towards the end of his time at the club, winning two Premier League titles and netting 29 goals.

A mixed spell with Arsenal followed, where he struggled badly with injury but still managed to score 32 times in 126 games.

A short spell with Watford came in their final Premier League season and he can now be found on the south coast, trying to keep Brighton in the top flight.

With a name like Keane, expectations were always going to be high for the centre-back but, although he always had plenty of hype surrounding him, he only ever managed to make five first-team appearances.

Instead, the centre-back made his name after moving to Burnley, becoming an integral part of Sean Dyche’s defence before eventually being poached by Everton for £25million.

Initially moving to United from Norway, King stayed a part of the club for seven years, moving to Blackburn Rovers in 2013.

He spent two seasons at Ewood Park and scored eight goals in 72 games before joining Bournemouth on a free transfer in 2015.

A much more fruitful period followed with the Cherries (sorry) as King scored 53 goals in 184 appearances. But, following their relegation in 2020, it always looked like his future lied elsewhere, eventually moving back into the Premier League with Everton in January 2021.

A big career with Manchester United never looked likely as Brady made just one first-team appearance between 2011 and 2013, moving to Hull for just over £2million after impressing on loan.

His value has kept rising since, moving to Norwich for £9million and then to Burnley in 2017 for £13million.

He is into his fourth season at Turf Moor now, but injuries have hampered his career recently. Brady suffered a knee injury in September 2017 that kept him sidelined for nearly a year, and he’s been plagued by a host of niggles ever since.

3⃣ years ago today was THAT Robbie Brady goal against Italy 🇮🇹

🇮🇪 The Boys in Green were heading to the last 1⃣6⃣#COYBIG #OnThisDay pic.twitter.com/5J07KHyy8f

Heaton has proven a safe pair of hands wherever he has gone since leaving Old Trafford in 2010, with Cardiff, Bristol City, Burnley and now Aston Villa all benefiting from his services.

He was an ever-present as Burnley were promoted to the Premier League in 2014 and again in 2016, captaining Dyche’s men on the second occasion.

After losing his place in goal to Nick Pope, Heaton moved on to Aston Villa in 2019, adding another promotion to his list of honours.

McNeil is another who spent time in the United academy before fleeing the nest, leaving for Burnley’s own academy in 2014. His name has since been mooted for a potential return to Old Trafford.

Norwood was instrumental in Sheffield United’s rise back into the top-flight under Chris Wilder.

The midfield maestro spent time out on loan with Carlisle, Scunthorpe and Coventry before Huddersfield Town finally bought him from the Red Devils.

But after just two years he was on the move again, joining Reading in 2014. After leaving the Royals in 2016, a run of three consecutive promotions followed with Brighton, Fulham and the Blades. A Championship lucky charm if ever there was one.

Johnstone spent 10 spells away from Old Trafford on loan before finally being bought on a permanent basis by West Brom in the summer of 2018.

He never made an appearance for the Red Devils but has now marked himself out as one of the Premier League’s most promising shot-stoppers after an impressive top-flight debut campaign with the Baggies.

This is ridiculous goalkeeping from Sam Johnstone 🤯pic.twitter.com/TI57OrTV2B

The Burnley youngster enjoyed a brief moment in the spotlight at the start of this season, scoring against Leicester City at the King Power.

Dunne made the move to Burnley’s academy in the summer of 2016 and after a few spells out on loan is now starting to find himself in and around the first-team.

Now 32, Zieler joined the United academy back in 2005 from Cologne and was loaned out to Northampton Town during the 2007-08 season.

He was allowed to leave on a free transfer for Hannover in 2010 and, aside from a brief spell with Leicester City, has stayed in the Bundesliga since, currently turning out for Cologne again.

He looked set to be the first golden child of the post-Fergie era when he burst onto the scene under David Moyes in the 2013-14 season, scoring four goals in 27 Premier League appearances.

But under Louis Van Gaal, his opportunities began to dry up. Loan spells followed with Borussia Dortmund and Sunderland before a permanent move to Real Sociedad in 2017.

Gollini spent just two years in the United academy after leaving Fiorentina, returning to Italy with Hellas Verona in 2014.

From there, he was signed by Aston Villa in 2016 as they looked to bounce straight back to the Premier League but once again returned to Italy come January, signing on loan for Atalanta.

Eighteen months later, he made the same move permanently and can now frequently be found between the sticks for one of the most exciting clubs in Europe.

A recent departure from Manchester United, Fosu-Mensah made the move to Bayer Leverkusen in the January transfer window after seven years with the club.

He made 30 appearances for the Red Devils in total and claimed winners medals from the FA Cup, League Cup and Europa League in that time.

However, a recent rupture to his cruciate ligament has added a sour note to what was meant to be a big move for the 23-year-old. 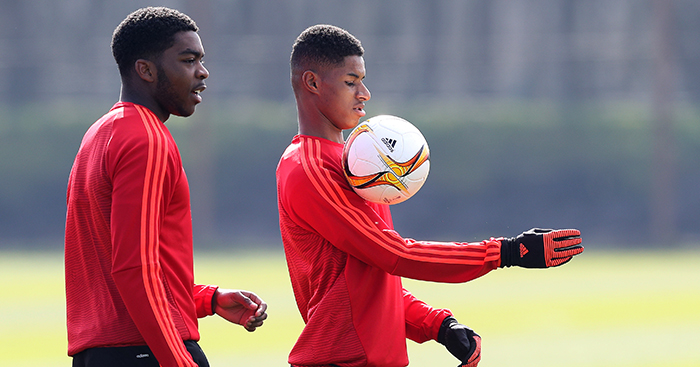 READ: Where are they now? Rashford’s team-mates from his last Man Utd U21 game

It may sound harsh calling Fabio the second-best twin, but it also isn’t a lie.

Arriving at the United academy alongside brother Rafael in 2008, Fabio found himself shipped out on loan after four years as he struggled to nail down a spot in the first team.

A permanent move to Cardiff followed in 2014, leaving with 56 appearances and two Premier League titles to his name. He can now be found still playing at right-back for Nantes in Ligue 1.

Watch: Rashford tells Maguire to ‘shut the f*ck up’ in heated exchange