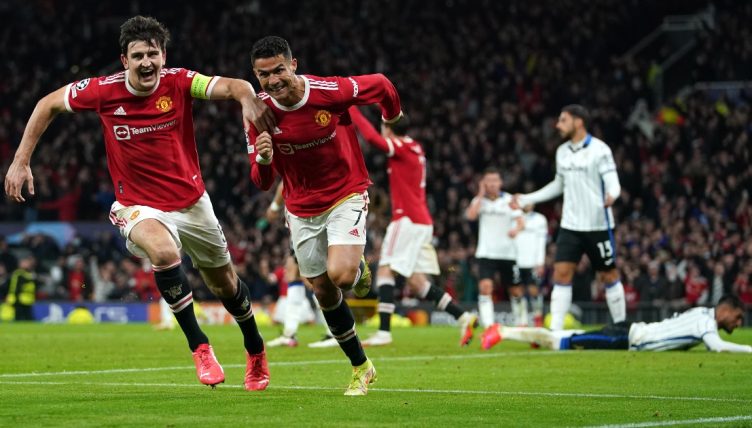 Since being appointed as their manager in December 2018, Ole Gunnar Solskjaer has made Manchester United the comeback kings once again.

Solskjaer was involved in more than his fair share of comebacks as a player under Sir Alex Ferguson, famously scoring the winning goal in the 1999 Champions League final.

We’ve taken a look at the 19 times that United have gone behind before compelling a comeback during Solskjaer’s time as manager. Note: we’ve not included any aggregate wins, such as the famous away goals triumph over PSG in 2019.

After being appointed as United’s caretaker manager in December 2018, Solskjaer went on a lengthy unbeaten run in the Premier League.

But that came under threat in March 2019 when Yan Valery gave Southampton the lead with an outstanding finish from around 25 yards.

United turned it around with two goals in six second-half minutes, only for James Ward-Prowse to equalise with a stunning free-kick.

But there was still time for Romelu Lukaku to score his second goal of the game and secure all three points for Solskjaer’s side.

“I’m so pleased for the boys that they managed to claw three points out of this game,” Solskjaer said after the game. “The manner of it is like the old days. I have been part of it so many times myself.”

But the lead didn’t last long and goals from Anthony Martial, Mason Greenwood and Marcus Rashford gave the home side a comfortable lead.

Martial got his second of the game in the 51st minute to provide plenty of festive cheer for Solskjaer on Boxing Day.

United were strong favourites for their home game against Bournemouth in July 2020 but Junior Stanislas scored a shock 15th-minute opener.

After Mason Greenwood equalised, Rashford scored from the penalty spot and Martial extended United’s lead with a brilliant curling effort on the stroke of halftime.

Joshua King pulled one back for Bournemouth with a penalty in the 49th minute before Greenwood got his second and Bruno Fernandes put the cherry on top with a fantastic free-kick.

On This Day last year, Mason Greenwood scored two in our 5-2 win against Bournemouth 👏 #MUFC pic.twitter.com/g8CMLuT1Er

After beating LASK 5-0 in the Europa League Round of 16 first leg, Solskjaer made several changes to his team for the second leg.

Martial then came off the bench to score the winner four minutes from time, making it 7-1 on aggregate.

United lost against Crystal Palace in their opening game of 2020-21 and things went from bad to worse when Neal Maupay gave Brighton the lead from the penalty spot in their second game.

A Lewis Dunk own goal and a superb solo goal from Rashford looked to have secured the three points for United but Solly March equalised in the 95th minute.

Remarkably, there was still time for more drama as Fernandes cooly scored from the penalty spot with the very last kick of the game.

The referee had blown the final whistle, only for VAR to award a penalty for a clear handball…

The Red Devils got off to a dreadful start in their game against Newcastle in October 2020 as Luke Shaw scored an own goal inside the opening two minutes.

Harry Maguire got United back into the game with a thumping header but Fernandes later saw his penalty saved by Karl Darlow.

The Portugal international eventually found the back of the net in the 86th minute before Aaron Wan-Bissaka and Rashford also got on the scoresheet in injury time.

Solskjaer was coming under increasing pressure in November 2020 and things got even worse when Bernard gave Everton an early lead.

But Fernandes came to United’s rescue once again and scored two goals in the space of seven first-half minutes at Goodison Park.

The midfielder capped off a fine individual display by setting up substitute Edinson Cavani for his first United goal in injury time.

Cavani then came off the bench at half-time and completely changed the game, setting up Fernandes’ equaliser before scoring a brace.

Tomas Soucek got the opening goal against United in December 2020 and West Ham probably should’ve been out of sight in the first half.

The Hammers were made to rue their missed chances when Paul Pogba scored a brilliant equaliser and Greenwood put United in front moments later.

Rashford, who came off the bench at half-time, sealed the win by dinking the ball over Lukasz Fabianski in the 78th minute.

United goalkeeper Dean Henderson marked his return to Bramall Lane in December 2020 by gifting the Blades an opener after five minutes.

The Red Devils responded well to the early setback as Rashford netted a brace and Martial scored his first Premier League goal in 2020-21.

David McGoldrick got his second goal of the game in the 87th minute but the away side held on for the three points.

Solskjaer’s side made a sloppy start at Craven Cottage in January 2021 and Fulham’s Ademola Lookman broke the deadlock after five minutes.

Alphonse Areola gifted Cavani a simple equaliser but there was nothing the goalkeeper could do about Pogba’s stunning winner in the 65th minute.

Despite being in poor form in the build-up to the FA Cup third-round game at Old Trafford, Liverpool took the lead through Mohamed Salah’s strike.

Greenwood and Rashford struck for the hosts either side of the break before Salah made it 2-2 with his second goal of the game.

Fernandes was brought off the bench by Solskjaer and sent United into the next round after beating Alisson with a brilliant free-kick.

But Rashford and Greenwood, who both came through United’s academy after Welbeck, found the back of the net in the second half.

Cavani thought he’d given United the lead against Tottenham in April 2021, only for VAR to rule that Scott McTominay had caught Son Heung-min with his trailing arm in the build-up.

United’s sense of injustice was increased when Son put Jose Mourinho’s side ahead before the break but they didn’t give in and Fred scored the equaliser.

Cavani finally got his goal in the 79th minute before Greenwood sealed the win with virtually the last kick of the game.

United actually took an early lead in their Europa League semi-final first leg against Roma but a Lorenzo Pellegrini penalty and an Edin Dzeko strike turned the game around.

Solskjaer’s side came out firing in the second half at Old Trafford and a brace from Cavani restored their lead.

Fernandes got his second goal of the game from the penalty spot before strikes from Pogba and Greenwood put United in complete control.

United knew that a win over Villa in May 2021 would secure Champions League qualification but Bertrand Traore broke the deadlock with an emphatic finish into the top corner.

Fernandes equalised from the penalty spot in the second half and Greenwood completed a four-minute turnaround when his low strike found the bottom corner.

After scoring his brace against Roma earlier in the week, Cavani then came off the bench and made it 3-1.

West Ham took the lead against United in September 2021 when Said Benrahma’s strike from outside the area went in after taking a huge deflection off Raphael Varane.

Cristiano Ronaldo equalised for the away side before Jesse Lingard, who had just spent time on loan with the Hammers, came off the bench to score the winner.

David Moyes’ side had an opportunity to rescue a point in injury time but Mark Noble’s penalty was saved by David de Gea.

After losing their opening Champions League group stage game against Young Boys, United were in big trouble when Paco Alcacer gave Villarreal the lead in their second group game.

But United were only behind for a few minutes as Alex Telles equalised with a brilliant Paul Scholes-esque volley from outside the penalty area.

The game looked set to finish as a draw until Ronaldo netted a dramatic winner in the 94th minute, sparking wild scenes inside Old Trafford.

Listen to that Old Trafford roar 😍

Serious questions were being asked over Solskjaer’s future as United found themselves two goals behind at half-time to Serie A upstarts Atalanta. Coming into the fixture, they’d just lost 4-2 at Leicester and had won just one of their last five matches – the above comeback against Villarreal.

Speaking in the BT Sport studio, Paul Scholes said that Solskjaer’s men could either go and lose four or five nil, or come back to win it – after a ridiculously open 45 minutes in which United spurned a number of good chances.

Fortunately for Solskjaer, it was the latter, as the Red Devils rallied to score three goals unanswered. Marcus Rashford, in his first start of the season, sparked the comeback, Harry Maguire struck the equaliser with a rare non-headed goal, and – who else? – Ronaldo completed it with a fine header in the 81st minute.