The 18 players Mourinho let leave Man Utd – & who replaced them 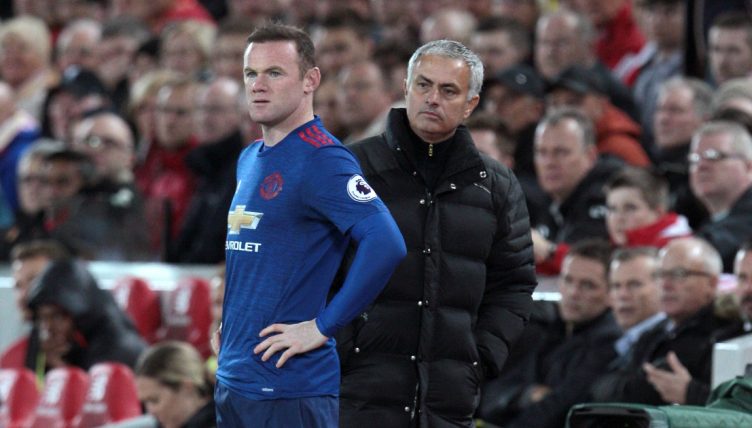 Jose Mourinho received plenty of criticism for his Manchester United signings, but what about the players he allowed to leave the club during his short tenure at Old Trafford?

Mourinho has spoken publicly about the players he would have kept around had he arrived in Manchester sooner, with Angel di Maria and Danny Welbeck among them, but he embarked on a significant clearout after replacing Louis van Gaal in the hotseat.

Here are all the players with Premier League minutes to their name who left United under Mourinho, and who replaced them. This means we’ve had to leave out the likes of Sam Johnstone and Ashley Fletcher, who earned minutes in the top two tiers, just not in a Manchester United shirt.

Valdes was gone in all but name long before Mourinho’s arrival, but the Spaniard didn’t officially leave until the summer of 2016, a full year after his second and final appearance for the club.

His exit gave more opportunities to young goalkeeper Joel Castro Pereira. Not many more, sure, but he did at least play 100 first-team minutes under Mourinho.

Powell, of ‘subbed on for Juan Mata’ fame, is another whose time was more or less up before Mourinho arrived. He was never likely to earn a new deal but rebuilt his career with Wigan Athletic after his United release before joining Stoke City in the summer of 2019.

With the former Crewe man gone, you might think it meant more 90-minute run-outs for Mata. Wrong. The Spaniard was subbed off in 18 of his 19 starts in the 2016-17 season – presumably, the 19th would ordinarily have been Powell’s opportunity.

Northern Ireland international McNair played a surprisingly high 27 games under Van Gaal, 24 of them in the league, but when he was shunted off to Sunderland with Donald Love it didn’t even seem to cause a ripple.

The Black Cats somehow turned a profit on him after relegation, while it’s hard to say who ‘replaced’ a man who didn’t have a settled position at Old Trafford (he maintained he was a creative midfielder while playing in defence, and everyone just seemed to nod along and pat him on the head) but it’s probably fair to say Scott McTominay got some of his minutes when breaking through in 2018.

Cost Sunderland seven figures after playing a whole 53 league minutes for United, and the fact that he followed the Black Cats down into League One tells its own story.

Axel Tuanzebe got fast-tracked to the first team in his absence, so it wasn’t all bad.

Weird to think Tyler Blackett has a Premier League red card, mostly because it’s weird to think he ever played Premier League football. Huh, turns out United won at Arsenal with a back four of McNair-Smalling-Blackett-Shaw. Puts that Rafael-Gibson-O’Shea-Fabio midfield to shame, doesn’t it?

He’s now at FC Cincinnati, following stints at Reading and Nottingham Forest. Another one for the ‘Tuanzebe got some of his minutes’ pile.

We’d love to say Keane’s exit paved the way for Marcus Rashford to play more, but in reality that ship had already sailed.

Six years on from the second of his two Premier League games for United (and those were four years apart) he’s found form for League One promotion-chasers Wigan Athletic, earning his Republic Of Ireland debut last year, after unspectacular spells with Hull City and Ipswich Town

What a season Will is having 🔥#wafc 🔵⚪️ #BELIEVE pic.twitter.com/T6MWcdOoik

Marcus Rashford isn’t the only Manchester United player who made his Premier League debut in the 3-2 victory over Arsenal in 2016, but he’s the only one who scored and the only one who isn’t now at MTK Budapest.

Who knows, maybe if Weir had stuck around then we wouldn’t have seen Angel Gomes get his debut so early.

United making their money back on Schneiderlin during a season in which he had played 11 Premier League minutes is nothing short of a miracle, as was Marco Silva’s ability to bring the Frenchman back from the dead at Everton – albeit only briefly.

Undoubtedly the player who has done the most to prove Mourinho wrong, Memphis tore it up at Lyon with a goal nearly every other game to earn a move to Barcelona.

Henrikh Mkhitaryan took his place in the United set-up and, well, the fact that we’ll be getting back to him later probably isn’t a good sign.

In a full season under Mourinho, the German played a grand total of 134 minutes, and yet he managed to keep going until the end of 2019, hanging up his boots after Chicago Fire’s failure to reach the MLS postseason.

The ‘barely playing but there in spirit’ role the following season went to… Michael Carrick. Who had already been there for more than half a decade.

One Premier League game, one goal, one move to Preston, for whom he still plays.

The attacking midfielder’s exit paved the way for Mourinho to give more time to young players like *checks notes* no, there’s nothing there.

Few were arguing about the timing of Rooney’s exit when he was one of a flood of departures in 2017, and indeed he has probably done a great deal more than was expected of him since leaving.

If you’re wondering who replaced young Rooney, the exciting star who loved playing for Manchester United, it’s Marcus Rashford. If you want to know who replaced late-era Rooney, who made ridiculous money and stunk up the place…how long have you got?

Only one of Januzaj and Jesse Lingard could stick around, even if they’re not identical players.

Time has probably vindicated the club’s decision – even though Lingard’s barely done anything in a United shirt since 2018 and will likely be leaving on a free transfer this summer. Cashing in when his stock was high last year would have been too much like good business.

Januzaj has been alright-ish for Real Sociedad, and represented Belgium, but has never quite lived up to that early potential.

Varela’s last United game came against Liverpool in the Europa League, a match which feels several lifetimes ago, but he didn’t officially leave until Penarol re-signed him in the summer of 2017.

The idea of ‘new full-backs’ never really occurred to Mourinho, which explains why Matteo Darmian still picked up minutes there last season, including in Mourinho’s final game.

Considering Mourinho was at Old Trafford for just five windows, it takes a lot for a player to be bought and sold in that time – especially when they came with a £35million fee.

Mkhitaryan is now back playing under Mourinho at Roma. We’re sure he’s thrilled.

He's found in the box by Henrikh Mkhitaryan and coolly finds the far corner 🥶 pic.twitter.com/yfRtI8vi9y

He was never likely to play as much once Romelu Lukaku had been signed, but at least the Swede has scored 10 more goals in 56 LA Galaxy games than Lukaku managed in 96 appearances as a United player.

After leaving United, Daley Blind scored his first career hat-trick and reached a Champions League semi-final. No United player managed either in that same time period.

The Dutchman’s exit resulted in Victor Lindelof stepping up and playing more (that’s good) but it also resulted in Marcos Rojo playing at all (that’s bad).

We’ve said it before and we’ll say it again, Fellaini was simultaneously better and worse than people gave him credit for at United.

Still, the McTominaissance wouldn’t have happened – or at least not as quickly – without the Belgian being sent to China.