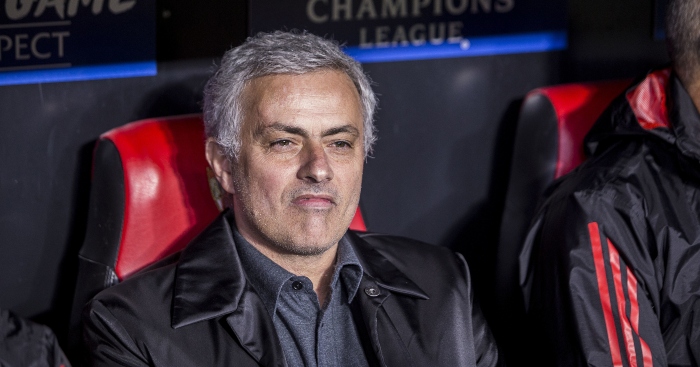 Jose Mourinho isn’t renowned for his faith in young talent – but a number of players currently plying their trade in Europe’s top leagues were given their first taste of first-team football by the former Chelsea and Manchester United boss.

Tottenham manager Mourinho is often criticised for not putting his faith in young prospects but has handed out professional debuts to plenty of players who went on to have successful careers.

We’ve decided to take a look at each player still active in Europe’s top five leagues, excluding players to have made their debut under him at Tottenham.

Gomes became United’s youngest player in the Premier League era when Mourinho gave him his debut as a 16-year-old against Crystal Palace in 2017.

The midfielder is still at Old Trafford but has only made another four league appearances for the club.

Mitchell also made his debut against Palace, but he hasn’t made another appearance for the club since and spent last season on loan at Hearts.

Mourinho gave McTominay his senior debut in 2017 and even made up an award for him at the end of the 2017-18 season as the midfielder took home the Manager’s Player of the Year prize.

“Jose was amazing for me,” McTominay told The Times in 2019.

He has continued to impress since Mourinho’s departure, becoming a key part of Ole Gunnar Solskjaer’s midfield.

✊ United through and through 🔴

Tuanzebe was tipped for a bright future by Mourinho and made his first-team debut during a 4–0 FA Cup victory over Wigan in 2017.

After helping Aston Villa win promotion to the Premier League while on loan in the Midlands, the centre-back returned to Old Trafford at the start of the 2019-20 season.

Christensen made three appearances under Mourinho, all during the 2014-15 campaign, before being sent out on loan to  Borussia Mönchengladbach.

The defender eventually established himself as a regular at Stamford Bridge under Antonio Conte and is still a part of Frank Lampard’s squad.

Mourinho handed Loftus-Cheek his senior Chelsea debut in 2014 in a Champions League tie against Sporting Lisbon but the midfielder only made a further eight appearances under the Portuguese.

“Jose Mourinho held him back,” Loftus-Cheek’s dad told the Daily Mail in 2017.

“He should have been playing. Everyone behind the scenes was asking, ‘Why isn’t he playing?’ If Ruben was playing for Mauricio Pochettino, he’d have 70, 80, 90 first-team appearances by now.”

He made another 63 appearances for the club after Mourinho’s departure, earning a place in England’s 2018 World Cup squad following a productive loan spell at Crystal Palace, before rupturing his achilles tendon towards the end of the 2018-19 season.

Ruben Loftus-Cheek is on 🔥 right now!

He grabs his 10th of the season and Chelsea lead Frankfurt…

Eden Hazard in the build-up 😍 pic.twitter.com/OvatvJfm2P

The striker made just one appearance under Mourinho, coming on as a substitute during Chelsea’s 6-0 thrashing of NK Maribor in 2014.

Solanke joined Liverpool at the expiration of his contract, but only made 27 appearances for the club before joining Bournemouth in 2019.

Llorente was given his first-team debut in Mourinho’s final game as Real Madrid boss in 2013, coming off the bench in a 4-2 win over Osasuna.

The centre-back had loan spells at Rayo Vallecano and Malaga before joining Real Sociedad on a permanent deal in 2017.

Mascarell also made his debut against Osasuna in 2013 but has since carved out a career in Germany with Eintracht Frankfurt and Schalke.

Fabinho made his Real Madrid debut in May 2013, coming off the bench and assisting the sixth goal in their 6–2 La Liga victory over Malaga.

The 26-year-old is now regarded as one of the best defensive midfielders in the world, having joined Liverpool from Monaco in 2018.

Jose Mourinho handed Fabinho his only Real Madrid appearance; vs. Málaga on 8th May 2013.

Cheryshev played the first hour of Madrid’s 3-0 Copa del Rey victory over Alcoyano in 2012 in what was his only appearance under Mourinho.

“Mourinho is not the person the press makes him out to be,” Cheryshev told VM Daily in 2012.

“I know how he treats us, the younger players, and he does it with the utmost respect while making no distinction between any of us.

“The first time I spoke to him face-to-face my heart was pumping so much I thought it was going to come out of my chest.”

Madrid were famously kicked out of the Copa del Rey in 2015 for playing Cheryshev when he was ineligible and the winger recently signed for Valencia.

The goalkeeper came on as a late substitute in Madrid’s 5–1 win against SD Ponferradina in the 2011-12 Copa del Rey but was never selected by Mourinho again.

Pacheo finally left the club in 2015 and has since made over 150 appearances for Alaves.

Nacho was a regular for Real Madrid’s second team and was called up to the senior side for the first time by Mourinho in April 2011.

Nacho: Zizou could be the most important coach I’ve had but it’s clear none of this would’ve happened without Mourinho who gave me my debut. I’m very grateful to him. Ancelotti & Rafa counted on me but Zidane is the one who pushed me to be where I am today & I’ll always thank him pic.twitter.com/eP5sif3d16

Sarabia came through the youth system at Madrid and made one 18-minute cameo for the first team, replacing Cristiano Ronaldo during a 4-0 win over Auxerre in 2010.

The 27-year-old had spells with Getafe and Sevilla before joining PSG in 2019.

Adan made a total of 18 appearances in the Madrid first team but was released shortly after Mourinho’s departure in 2013.

The goalkeeper returned to the Spanish capital five years later and is now the back-up to Jan Oblak at Atletico Madrid.

Morata made 18 appearances for Madrid during Mourinho’s three-year stint in charge and was sold to Juventus by Carlo Ancelotti in 2014.

“Mourinho treated us very well and cared for us, using a carrot and stick,” Morata said in 2018.

“He called me after a bad training session and said to me that if you start well (in your career) then you will never have to work again in your life… but right now you have to decide where you want to go, so work well.”

After returning to the Bernabeu two years later, the striker signed for Chelsea in 2017 and is currently on loan at Atletico Madrid.

Álvaro Morata enjoyed that one!

And some say Marcos Llorente is still sliding now 😆⛷

Atlético sealed the tie right in front of their travelling fans 🙌#NoFilterUCL pic.twitter.com/T2yHzL1V7R

Donati was a highly-rated defender at Inter Milan but was picked by Mourinho just once, during a Coppa Italia fixture with Livorno in 2009.

The right-back spent six years in the Bundesliga before returning to Italy with Lecce in 2019.

Krhin made five league appearances at Inter during the 2009-10 season but was sold shortly after Mourinho’s departure to Real Madrid.

He had a brief spell back at Inter in 2014-15 and now finds himself playing for Nantes in Ligue 1.

Santon made his debut in the Coppa Italia quarter-final win against Roma in 2009 and went on to become an integral part of Mourinho’s Inter side.

“It was Mourinho who switched me from being an attacker to a defender. I was only 18 and had never played in that position before,” Santon said in 2012.

“Mourinho had faith in me to put me in that position and in the Inter first-team squad. I owe him a lot for pointing me in the right direction.

“It was a great experience working with Jose Mourinho and I will always thank him for what he did.”

However, his career at Inter faltered after Mourinho left and the defender had a spell at Newcastle United before signing for Roma in 2018.

What’s the best XI you can make of 11 nationalities who played for your club?