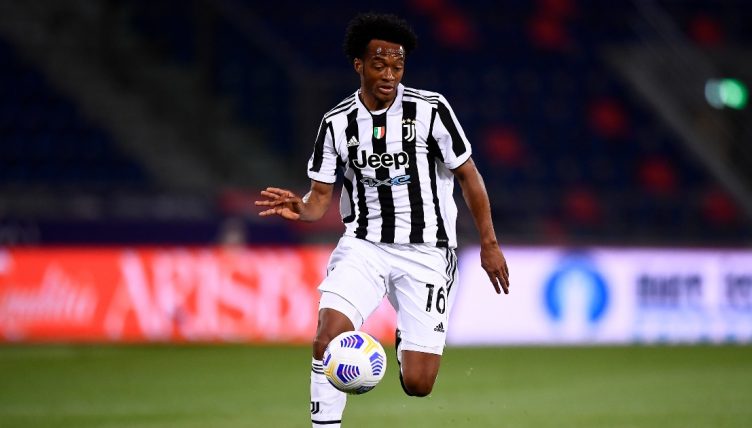 Chelsea‘s transfer policy may attract plenty of criticism, but their record in generating revenue from the sales of fringe players certainly brings results.

We’ve taken a look at every fringe player sold by the club over the past four seasons, meaning the transfer fees received for the likes of Eden Hazard and Thibaut Courtois haven’t been included.

The majority of the names are young players that failed to establish themselves at Stamford Bridge, with a few senior players who were deemed surplus to requirements.

Signed from Leyton Orient as a child, Ali spent nine years in the Chelsea academy and followed the familiar path of spending time out on loan at Vitesse.

An England youth international, the midfielder has represented Saudi Arabia at senior level but failed to make a mark at Vitesse after joining the club permanently for around £500,000.

In the summer of 2019, he moved to Saudi outfit Al-Nassr.

The midfielder started life at Vicarage Road in eye-catching form, only for a serious knee injury to curtail his momentum, with the 25-year-old struggling to get back to his best ever since.

Possibly one Chelsea live to regret, Ake shone enough during Premier League loan spells at Watford and Bournemouth to be recalled by Antonio Conte in January 2017 to contribute to the Blues’ title charge.

That only amounted to five appearances in all competitions, but Chelsea still pocketed £20million when Bournemouth re-signed the defender on a permanent basis.

Having established himself as Virgil van Dijk’s centre-back partner with the Netherlands, Ake has now joined Manchester City in a £41million deal.

Currently being linked with a return to the Premier League, the arrival of Traore in west London ultimately led to Chelsea being handed their transfer ban as he actually played for the club’s youth teams for a number of years before being officially registered.

It was an awful lot of trouble to go to for a player who made only 16 appearances in all competitions and spent three seasons out on loan at Ajax and, of course, Vitesse.

Chelsea were at least able to sell the winger for £8.8million to Lyon in 2017.

In four years at Chelsea, Atsu was loaned out five times and never made a competitive appearance for the club before being sold to Newcastle for £6.2million. Proper Chelsea, that.

Pretty much everybody on the planet knew Cuadrado was never going to last under Jose Mourinho, but that didn’t stop Chelsea spunking £23.3million on the winger.

Come the start of the following season, the Colombia international was back in Serie A on loan at Juventus, who eventually made the signing permanent for £17million.

Due to Solanke’s age, Chelsea were entitled to compensation when the striker joined Liverpool upon the expiry of his contract at Stamford Bridge. The fee had to be determined by tribunal, with Liverpool offering to pay £3million but Chelsea wanting closer to £10million.

Given Liverpool managed to offload Solanke for £19million after one Premier League goal, whatever the tribunal fee, both clubs were ultimately winners. Bournemouth, less so.

Bournemouth’s £10million signing of Begovic seemed like good value at the time. But after spending a season on loan at Qarabag and AC Milan, it is a transfer that always looked destined to fail.

He tried his best to get the Cherries promoted back to the Premier League at the first time of asking, but couldn’t quite manage it. The Bosnian can now be found back in the top flight, however, with Everton.

“It would be harsh to say I was let down,” Colkett told the BBC in April 2019. “But you become part of the system and, at the end of the day, end up being a bit of a number.”

The midfielder captained Chelsea’s youth team to back-to-back FA Youth Cup and UEFA Youth League titles before being loaned out to Bristol Rovers, Swindon Town, Vitesse and Shrewsbury, and he says such upheaval had a negative impact on his mental health.

We miss Cesc. We miss his assists and his right foot and his kind face. Chelsea didn’t consider that when they sold the midfielder to Monaco for £8.9million, did they?

One 18-minute appearance for Chelsea, three loan spells away from the club, one £3.5million transfer to Sassuolo, one buyback clause that led to plenty of clamour for the Blues to activate following the winger’s impressive form in Serie A.

Alas, Chelsea have opted against doing so, instead negotiating a sell-on clause with Boga expected to make a big-money move in the future.

One of England’s Under-17 World Cup winners, Panzo jumped ship from Chelsea before they could send him to Vitesse by joining Monaco for around £2.5million in 2018.

Still just 19, the centre-back made three appearances for the French side before being sent on loan to Cercle Brugge. After being linked with a return to England, Panzo instead opted to remain in France by joining Dijon on a permanent deal last summer.

Omeruo earned over 50 caps for Nigeria and played in two World Cups during his seven years at Chelsea. Sadly, he spent the entire time out on loan and never made an appearance for the Blues.

The defender made a permanent switch to Leganes for around £4.5million in 2019, telling the BBC: “I deserve stability in my career as a footballer. Leganes and Spanish football provides me with the continuity and right environment for career growth.

“After enduring instability with different loan moves, it’s time to finally settle down with my young family.”

On a similar theme, Palmer told Bristol City’s official website after making his loan move permanent in a £3.5million deal: “The stability side of things will be important…it is so much better knowing this is my home over the next four years, instead of one year and then going back to Chelsea, so it’s a good platform and we can build on it.”

A Netherlands youth international, Redan spent two years in Chelsea’s academy after joining from Ajax. The forward departed for Hertha Berlin amid reports in Bild he saw ‘no chance’ of breaking through in west London.

The 19-year-old made his Bundesliga debut in August 2020 by replacing another former Chelsea player in Salomon Kalou.

Bristol City spending a club record £8million to sign Kalas goes a long way to explain why Chelsea do all this.

Tomáš Kalas is moving to Bristol City permanently, after 7 loan spells across Europe.

He spent 9 years at Chelsea and only made 4 appearances.

Gutting for the lad, only one year away from a testimonial. pic.twitter.com/4MHclpiEON

Metz spending £5million to sign Angban – nope, us neither – goes a long way to explaining why Chelsea do all this.

Aina was actually allowed to play for Chelsea, appearing six times under Antonio Conte in 2016-17 as the Blues won the title, while he later caught the eye on loan at Hull City and Torino.

The Nigeria international, who represented England at youth level, was signed for £9million by Torino upon the end of his loan spell and has established himself as a regular in Serie A. Last season saw him return to west London with Fulham for a temporary spell.

The remarkable thing about Hector’s career is that he was loaned out more times by Reading (11) than Chelsea (four).

It’s not quite clear why Chelsea signed the defender for £4million in 2015, and he never played for the club, but they doubled their money by selling him to Fulham for £8million.

At the age of 29 he has played for 16 different clubs.

A decent shot at being a pointless answer if the round was Chelsea’s loan army, Brazilian winger Nathan has been on the club’s books for the past five years, joining for a fee believed to be around £4.5million from Atletico Paranaense in 2015.

He, of course, never made a senior appearance for Chelsea and was loaned away to four different clubs. He evidently impressed in his last stints away, back in Brazil with Atletico Mineiro, who stumped up £2.5million to buy him permanently.

Another one perennially loaned out. Despite never having made a senior appearance for the Blues since he was signed from Hajduk Split in 2014, Croatian international midfielder Mario Pasalic has shown enough for Serie A overachievers Atalanta over the past two seasons to make a strong case he’d offer plenty for Chelsea.

Frank Lampard and Marina Granovskaia evidently think differently, having allowed Atalanta to sign him on a permanent deal for a £13.5million fee this summer.

You could probably count the number of Chelsea fans who knew they owned Ekwah-Elimby on one hand.

But that doesn’t really matter when you can easily sell the young French midfielder to West Ham for £1.6million.

Everyone was aware of Tomori, however. The centre-back burst into life under Lampard, first at Derby County and then with Chelsea, and many fans were sad to see him move to AC Milan.

The first-time rocket the 23-year-old fired into the top corner against Wolves should have been enough to make him a permanent fixture for the rest of his career. But I guess £26million eases that pain.

Moses’ Chelsea career is a pretty weird one. Between 2012 and 2016, he was loaned to three different clubs. Between 2016 and 2018 he was integral to Premier League and FA Cup triumphs under Antonio Conte. But the last three seasons have seen him shipped out on loan again.

The most recent of those clubs, Spartak Moscow, snapped him up permanently this summer for £4.5million.

After bossing the Championship for the last season-and-a-half with Swansea, excitement was starting to build among Chelsea fans about just how good Guehi could become.

The Blues snuffed out that excitement soon enough, selling him to Crystal Palace and adding another £21million to the club bank account in the process.

The latest player to be cashed in on. Bate had been a part of Chelsea for a decade and captained them to the final of the FA Youth Cup in 2020 but he was sold to Leeds in the summer of 2021 for £1.5million.

After he turned Kalvin Phillips into an indispensable international, Chelsea fans may well be watching Marcelo Bielsa and his side through their fingers next season as the Argentinian tries to work his magic on another young midfielder.

Plan B? Sasa Kalajdzic and the filthy finish that should excite Chelsea fans