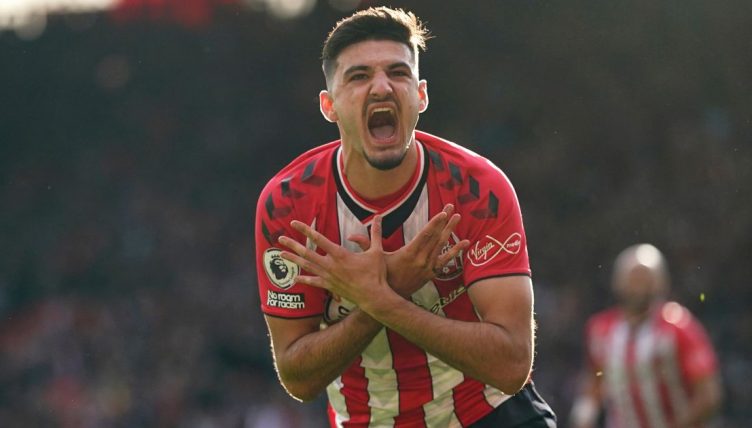 People go to the bank when they want a loan, football clubs go to Chelsea.

Chelsea’s Cobham academy produces some great talents, but they often have to prove themselves elsewhere before being given a chance in the first team.

The Blues are notorious for heavily using the loan system, and with 22 players currently playing at other clubs, this season has proven to be little different.

Here’s how their current crop of loaned out talent is getting on.

The Italian left-back is currently on loan at Lyon in France, where he has made 20 appearances this season.

There have been rumours that his loan may get terminated so he can return to Chelsea to cover for the absence of Ben Chilwell.

Emerson has made 71 appearances for Chelsea since signing in January 2018 and won Euro 2020 with Italy.

The English 22-year-old right-back has been at Chelsea since he was eight years old and is on loan at Blackpool, where he has made 12 appearances this season for a side that sit 12th in the Championship.

Signed by Antonio Conte in 2017 for £35million, Drinkwater only played 23 times for Chelsea, scoring once.

After failed spells at Burnley, Aston Villa and Kasimpasa, Drinkwater currently finds himself on loan at Reading in the Championship and has made 14 appearances for the Royals, who have been in terrible form during January, losing 7-0 to Fulham and going out of the FA Cup to Kidderminster Harriers.

The Scottish prodigy, who joined from Rangers as a 16-year-old, was named man of the match in his first starts in the Premier League, FA Cup, Champions League and Euros.

Gilmour was loaned out to fellow Premier League side Norwich City to gain experience in 2021-22, but the midfielder has not had the best time as the Canaries sit rock bottom of the table, and Gilmour has been singled out in particular by sections of the Norwich fanbase.

here's that video of Norwich City fans telling Gilmour to 'Fuck off back to Chelsea.' we'll gladly have him back when they fuck off back to the Championship. ¯_(ツ)_/¯ pic.twitter.com/C6gaLllvG9

The American centre-back has been loaned out for most of his time at Chelsea, and is currently at Deportivo Alaves in La Liga.

The 26-year-old has played 10 games for the club this season, but his club sit 18th in the table.

Like Danny Drinkwater, Baba Rahman is also on loan at Reading in the Championship, in what is his sixth loan spell away from the club since signing in 2014.

Rahman is in the Ghana squad for the African cup of Nations, and the 27-year-old left-back does not seem to have a future at Stamford Bridge.

A £40million signing from Monaco, Bakayoko’s Chelsea career never took off, and he is now on his fourth loan spell away from the club, at AC Milan.

Bakayoko already had a stint on loan at Milan in 2018, and rejoined the Italian giants after loans at Monaco and Napoli.

He has struggled at Milan, making just 13 appearances, and despite some slight improvement of late, it is being reported by CalcioMercato that Milan sporting director Paolo Maldini is assessing options to replace him. Bakayoko has been linked with a January transfer to Sevilla.

The Belgian striker joined Chelsea in the summer of 2016 for around £34million from Marseille, but never found his form at the club.

Batshuayi scored the goal which secured Chelsea the Premier League title in 2017, but has had five loan spells away from the club since.

After a productive stint at Borussia Dortmund, Batshuayi failed to settle at Valencia and Crystal Palace and is now on loan at Besiktas.

The 28-year-old has seven goals in 16 league games for the Turkish giants this season, but they sit a disappointing ninth in the Super Lig.

"I have to go for the Michy [Batshuayi] one when we won the league at West Brom in 2017. It wasn’t the most technical, but it meant the most."

The Welsh international defender is currently at Venezia in Serie A, who are famed for their iconic kit releases every season.

He has made 10 appearances this season and notably received a controversial red card for what seemed a fair challenge in a game against Salernitana.

Goalkeeper Baxter spent 10 years in the Chelsea academy before being sent out on a series of loans. Now 23, he is currently on his seventh spell away from his parent club at Hull.

He joined in June but didn’t make his league debut until November. Three clean sheets in his first three Championship outings have seen him take the No.1 spot from Matt Ingram, however. Chelsea will be hoping he maintains that form until the end of the season.

Gallagher has been the pick of Chelsea’s loan players this season, shining at Crystal Palace with all-action displays, six goals and three assists.

He’s made an England debut and is even reportedly drawing interest from PSG.

His manager Patrick Vieira said in December: “Conor has this passion for the game when he is on the field like a Ray Parlour, but I would say he has maybe the quality finishing of a Frank Lampard.”

He’s one loan star Chelsea will definitely want back. 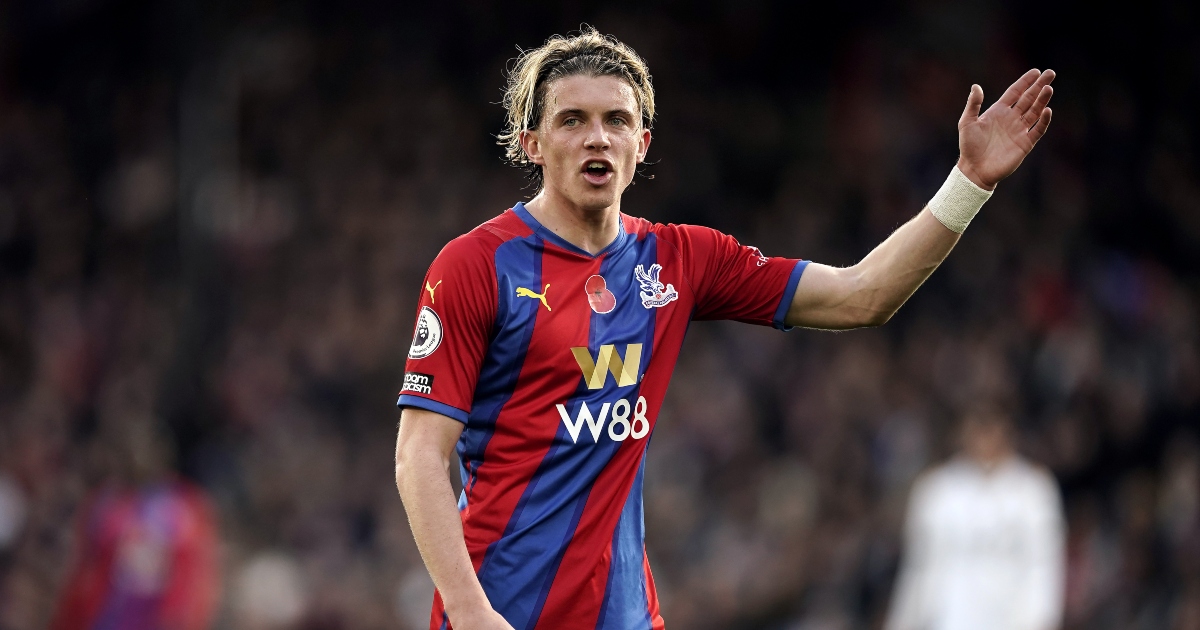 READ: A brilliant Xl of Chelsea academy graduates starring in 2021-22

Having made a few appearances for the Chelsea first team over the past couple of years, Poole-born, 20-year-old academy graduate Anjorin was been sent out to an unusual loan destination for 2021-22: Lokomotiv Moscow in the Russian Premier League.

He made nine appearances and scored once before suffering a fractured metatarsal in November. Lokomotiv have a £17million option to buy Anjorin, which they reportedly intend to exercise.

The Dutchman was a child prodigy who Chelsea battled Manchester United to take from Ajax back in 2016. But he has perhaps not developed as expected, being loaned out to the B teams of Ajax and AZ before a spell at ADO Den Haag in 2021.

He’s now in the Championship with Birmingham and manager Lee Bowyer said in November: “When he first came he was overweight, couldn’t run, broke down in the first week or two of preseason because he was out of shape.”

A glowing reference. He’s played a grand total of 263 minutes for Birmingham so far.

Currently out on loan at Coventry, Clarke-Salter has not started consistently and has had a bit of an up-and-down time, starting 12 of the club’s 23 games in the Championship so far.

The 24-year-old has done enough, however, to be linked with a permanent move to Swansea City, alongside Coventry’s fellow Chelsea loanee…

Maatsen has been far more of a regular than Clarke-Salter, too, with the 19-year-old playing 21 times so far and impressing in the left wing-back spot in Mark Robins side.

Chelsea are apparently considering recalling him, however, with Lyon playing hardball over Emerson Palmieri.

The 18-year-old England Under-19 captain and long-time Chelsea academy player Colwill is at Huddersfield, being coached by former Leeds Under-23 manager Carlos Corberan.

He’s done well, too, making 20 league appearances and managing one goal and one assist from centre-back.

“So that’s what I’ve learned playing under this style and under Carlos, and I think it’s helped me a lot to express myself and make myself get better, so now I just need to keep it going and keep working hard.”

Lawrence nipped just south of the river to join AFC Wimbledon last summer and the right-back already has 25 appearances under his belt in League One and the cups.

Another of the absolute standouts among this group, Broja has been enchanting Southampton fans with his direct running, skill and eye for goal.

“He loves it here,” the Austrian boss said. “It would be great if he was our player, he wants to be with us I think, you can feel this in every moment.

“The fans love him meanwhile, good.”

Chelsea will probably be less keen unless Southampton stump up a serious fee.

is anyone else looking at that movement from Broja to get away from his marker pic.twitter.com/uylREpSDkm

Ivory Coast-born Austrian youth international midfielder Ballo joined Chelsea aged 17 in 2018, and this season has been back in Austria with Rapid Wien.

The 20-year-old midfielder has player a total of 11 times in the Europa League and Bundesliga.

Croatian goalkeeper Ziger is out in the Slovenian second division with NK Rudar Velenje, his second loan after a stint at Sutton United in 2019.