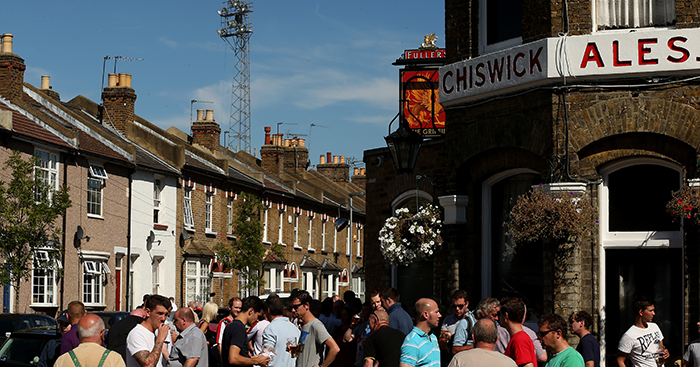 We’re late seeing this news, but research has revealed the football grounds with the most pubs within a half-mile radius and now we can plan our away days for the rest of the season.

The research by Pubs Galore was released in October, but we’ve only just seen it and frankly we couldn’t be happier. After all, unless you support one of the good teams (we don’t), a football away day is about much more than the 90 minutes on the pitch.

In fact, those 90 minutes are quite often the worst part of the entire day.

The pubs and bars beforehand are where the memories are made more often than not – and now we know exactly which grounds to visit to absolutely maximise our chances of not being forced to endure pre-match in a concourse.

It comes as no shock to learn that Newcastle United’s St James’ Park leads the way with its’ city-centre location, but it is pretty astonishing to learn there are in fact 108 (one hundred and eight) different places to get a drink within just half a mile of the turnstiles.