The £270million profit Liverpool have made due to Michael Edwards 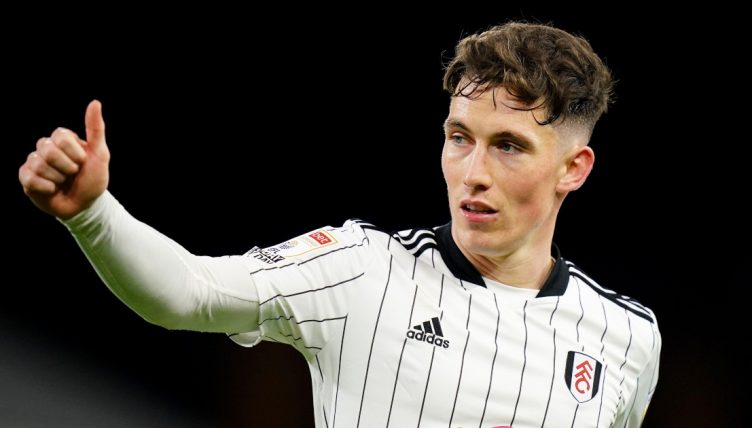 Michael Edwards is reportedly on the verge of joining Manchester United as their new Sporting Director – & one look at his dealings at Liverpool should get the Old Trafford faithful very excited indeed.

While Liverpool have made some brilliant bargain buys in recent years, their ability to sell players for more than their value is just as impressive. A lot of that has been down to the skill of sporting director Michael Edwards, who left the club at the end of last season.

Jurgen Klopp has helped transform Liverpool’s fortunes on the pitch but Edwards deserves just as much credit for the Reds’ success in the transfer market.

We’ve looked at the 16 players Liverpool have made a profit on since Edwards became their sporting director in November 2016.

A Liverpool academy graduate, Wilson only made two appearances for their first team and both came in domestic cup competitions.

Having rejected a £12million bid from Burnley in 2020, Liverpool agreed to sell him to Fulham for the same price a year later.

And Wilson was one of their star performers as Fulham romped to the Championship title. He’ll be one to watch in the Premier League next season.

It's @harrywilson_'s birthday today, so here he is scoring at Old Trafford in 2018 and doing the 🖐

Despite joining Liverpool for a fee of around £400,000 in 2015, Awoniyi never played for the Reds due to his inability to secure a UK work permit.

The striker spent his entire Liverpool career out on loan, most recently making 22 appearances for Bundesliga side Union Berlin in 2020-21.

After helping them qualify for the new UEFA Conference League, he made the move permanent in a £6.5million deal.

But the midfielder only played 508 minutes for the club in all competitions, spending time on loan at Cardiff City, Hertha Berlin and Porto.

Despite only playing a peripheral role for the Portuguese giants in 2020-21, Grujic clearly made a good impression as Porto agreed to pay £10.5million for his services.

Not a bad piece of business from Edwards and Liverpool.

Signed from Ruch Chorzow for £250,000 in 2016, Grabara impressed for Liverpool’s youth teams but never made a first-team appearance for the club.

The goalkeeper had loan spells at AGF and Huddersfield before completing a £3million transfer to FC Copenhagen in 2021.

After starting his career at boyhood club Bristol City, Kane then decided to join Liverpool’s academy at the age of 15 in 2013.

The midfielder worked his way through the ranks but made just two League Cup appearances and then moved to Barnsley in 2020 for a transfer fee of £1.25 million.

“In terms of Liverpool, I’ve got to be honest, it wasn’t the best,” Kane told the Barnsley matchday programme in December 2020.

“A lot of things are promised to you when they’re trying to sign you, but nothing ever came of it. But that can be football in general, to be honest.

“The only way I can explain what it was like for me there was how when you’re playing as a kid and you’re picking the teams, and you’re the last one picked. It was that kind of feeling. It wasn’t the best for me there.”

Brewster began his career in Chelsea’s academy before joining Liverpool at the age of 14 and was soon touted as one of England’s finest prospects.

After recovering from a serious leg injury, the striker scored 11 goals in 22 appearances while on loan at Championship side Swansea City in 2019-20.

He only made four first-team appearances for Liverpool but Sheffield United still agreed to pay a club-record £23.5million to secure his services.

The package for the 22-year-old also included a buy-back option for three years, but we can’t imagine Brewster back in a Liverpool shirt in the future.

In 2018, Liverpool sold Dominic Solanke, a striker with one Premier League goal, for £20m.

Liverpool have just sold Rhian Brewster, a striker with 0 Premier League *games*, for a reported £23.5m.

We said it before, Michael Edwards is a genius. 🤓pic.twitter.com/NGshe1n6da

Liverpool signed Hoever from Ajax’s academy for just £90,000 in 2018, and he made his competitive debut in an FA Cup third-round defeat to Wolves in January 2019.

The Dutch defender made a further three first-team appearances in 2019-20, scoring his first Liverpool goal in the EFL Cup victory over MK Dons.

Despite never actually playing in the Premier League for Liverpool, Wolves still saw enough to spend £13.5million on the then 19-year-old in 2020.

Ejaria joined Liverpool’s academy from Arsenal in 2014 and made eight first-team appearances for the Reds in 2016-17.

After loan spells at Sunderland, Rangers and Reading, the 23-year-old joined the latter on a permanent deal for a fee in the region of £3million in 2020.

Ings joined Liverpool as a free agent in 2015 but the Reds were ordered to pay Burnley a record compensation fee of £8million following a tribunal.

The striker was plagued by injury problems during his time at Anfield, making just 25 appearances for the club in all competitions.

After a successful loan spell at Southampton in 2018-19, he then joined his boyhood club on a permanent deal for a fee of £20million.

The 29-year-old proved to be a bargain for the Saints after scoring 34 goals in 67 Premier League appearances but has fared less well at Aston Villa.

Another academy graduate, Kent made his debut against Exeter City in the FA Cup in 2016, but that proved to be his only first-team appearance for Liverpool.

The winger enjoyed a highly successful loan spell at Rangers in 2018-19 before making the move permanent for £7.5million.

Ryan Kent! That is special! 🤩

Sublime individual skill and Rangers are level in Antwerp! 💙

What a tie we have on our hands! pic.twitter.com/v3J04gtV9N

This one certainly raised a few eyebrows…

Solanke joined Liverpool on a free transfer in following the expiry of his Chelsea contract in 2017 but they had to pay a compensation fee of £3million.

Despite scoring just one goal in 27 appearances for the Reds, Bournemouth were still willing to pay £19million for his services in 2019.

He failed to make an impact in the Premier League for the Cherries but found his feet since their relegation, scoring 50 goals in the past two seasons.

And he’s starting to prove the doubters wrong with a promising start to Bournemouth’s current season.

Liverpool signed Ward from Wrexham for a fee of around £100,000 in January 2012, but the goalkeeper made only three appearances in five and a half years at Anfield.

He fell to fourth choice following the arrival of Alisson Becker from Roma and sealed a £12.5million move to Leicester City in 2018.

While Ward started the season in terrible form, his performances have improved as Leicester have lifted themselves from the foot of the Premier League table.

Ok, we admit that Coutinho’s sale makes up the majority of the £270million.

The Brazil international developed into one of the best midfielders in the world after joining the Reds from Inter Milan for just £8.5million in 2013.

Liverpool tried everything to keep him at Anfield but eventually agreed to sell the 29-year-old to Barcelona for a staggering £142million in January 2018.

He failed to live up to expectations at Camp Nou, while Jurgen Klopp reinvested that money in Alisson Becker and Virgil van Dijk.

Coutinho has just signed a permanent deal with ambitious Aston Villa. We can’t help thinking that wasn’t part of his plan…

Sakho arrived from Paris Saint-Germain in an £18million deal in the summer of 2013 and enjoyed a promising debut season at Anfield.

The centre-back eventually fell down the pecking order under Klopp after numerous disciplinary issues and was sold to Crystal Palace for £26million in 2017.

Not bad for a player they had absolutely no intention of using.

Liverpool picked up Stewart on a free transfer after his release from Tottenham in 2014 and the midfielder went on to make 20 appearances for the club.

After failing to establish himself in Klopp’s side, he completed an £8million move to Hull City in 2017 in search of regular first-team football.

“It was a difficult decision to leave Liverpool. It’s a club that I love and have loved for a long time,” Stewart said in 2017.

“I’ve supported Liverpool since I was a young boy and it was my life goal to be a regular there. But at the same time I felt this was a move that I needed to make in order to further my career.”

He made 78 appearances during his three seasons with the Tigers before joining Blackpool in January 2021, helping them win promotion to the Championship.

Wisdom scored on his Liverpool debut in a 5-3 Europa League win away to Young Boys in 2012, but that was as good as it got for the defender.

He had loan spells at Derby County, West Brom, Norwich City and Red Bull Salzburg before eventually joining Derby permanently for £4.5million in 2017.