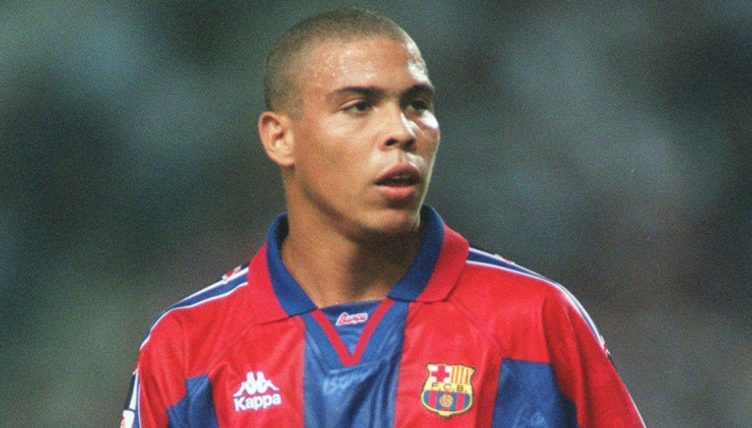 Former Arsenal, Liverpool and Tottenham men are among the Brazilians Barcelona have signed since 1990 for a combined total of over £600million – and Raphinha is the latest to join the Blaugrana, moving from Leeds United.

Barcelona have a proud history of Brazil players to have represented the club, although there has been a mixture of hits and misses.

We’ve used Transfermarkt to look at all the Brazilians Barcelona have signed since 1990 and how much they cost. Note: Raphinha’s fee is based not on Transfermarkt figures but reports from various sources about his recent transfer agreement with the club.

A successful start to Barcelona’s love affair with Brazilian footballers, Romario joined the club from PSV in 1993, bagged 39 goals, won La Liga, was named FIFA World Player of the Year, helped Brazil win the World Cup, then promptly returned to his home country after falling out with Johan Cruyff.

Life hardly quietened down after that…

READ: Edmundo & Romario: The brilliant strike partners who hated each other

Not the one to later play for Manchester City and Hull City (more on him later), Giovanni joined Barcelona under Bobby Robson, linking up with his compatriot Ronaldo.

The midfielder left the club in 1999 after falling out of favour with Louis van Gaal, who he later labelled a “Hitler for Brazilians”.

Barca paid £13.5million to sign Ronaldo from PSV and in his only season at the club he went on to establish himself as the most exciting footballer in the world under Robson.

Reflecting on having to play against Barcelona-era Ronaldo while at Atletico Madrid, Quinton Fortune said: “I saw him after the match finished, and that’s the nearest I was to Ronaldo on the night.

“As a kid, I wanted to be Pele. I bought all the books, all the videos and I studied what it could be like to be the best. I set off on that path.

“Then I met Ronaldo. Some players were technical, some were quick, some were strong, some were smart… Ronaldo was all of those. He was a beast; it was unfair to everyone else.” 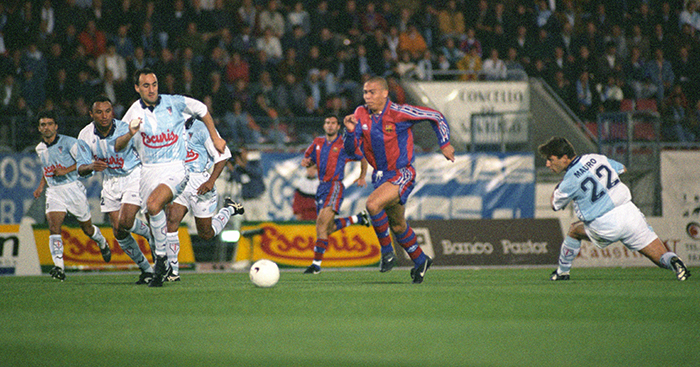 A winner of two league titles and the Ballon d’Or plus the scorer of arguably the greatest hat-trick of all time while at Barcelona, the only tragedy of Rivaldo’s time at the Nou Camp is that he did not get to display his talents at a settled club.

Described as one of the “great cast actors” by Marca, Anderson had to compete for a place in Barcelona’s attack with Patrick Kluivert and Luis Enrique, but still chipped in with 10 goals in his first season as they claimed the Double.

Sadly, he went the same way as Giovanni when Van Gaal arrived as manager.

Really not a good bit of business this. After a couple of unsuccessful years in Catalonia, he spent a two-year loan spell at Sporting before being shipped off to Middlesbrough permanently.

The main thing worth knowing about Rochemback is that he was arrested for his involvement in a cock-fighting ring in 2017.

This is the fella who became a cult hero at Manchester City and Hull, but his spell at Barcelona was not quite as happy.

The attacker scored just one La Liga goal and was loaned out to Benfica in his second season, going on to permanently join the Portuguese outfit.

READ: A celebration of Geovanni and when he lit up the Premier League for two Citys

Oh, how different this could have been.

Ronaldinho so nearly ended up as David Beckham’s replacement at Manchester United, but he went on to become the best player in the world in Catalonia instead.

“It almost happened. It was a matter of 48 hours but Sandro Rosell had told me way before I got the offer: ‘If I become Barca president, will you come?’ I said yes,” he told FourFourTwo.

“It was only a matter of details with United when Rosell called to say he was going to win the elections there. And I had promised to him that I’d play for Barca… It was a quick negotiation.

“I told the English I had chosen Barca. It was the right choice. Brazilians have always loved Barça. We have a history there. Off the pitch it is like nowhere else in Europe, so we are always happy playing there. I miss Barcelona a lot.”

We miss him too.

His final game for the club came in the 2009 Champions League final, when he played the full 90 minutes in place of the suspended Abidal in the victory over Manchester United.

Scored the winner in the 2006 Champions League final against Arsenal, and you really can’t argue with that.

Another of the supporting cast in a successful Barca era, a serious injury disrupted Edmilson’s time at the club, although he left having still won two league titles and the Champions League.

The World Cup winner caused a stir in his final season at Camp Nou as he accused some of his team-mates of being “black sheep” who were “only thinking about earning money”.

One of the less familiar faces, mainly because the defender never actually appeared for Barcelona, spending time instead on loan at Bayer Leverkusen, Racing Santander and Palmeiras before being released.

Alves was nothing short of a revelation for Barcelona after joining from Sevilla in 2008, and he won no fewer that 26 trophies of varying importance during his eight years there.

The club clearly made a big impression on the player, so big that he returned on a free to play for minimum wage in 2021.

The second spell was not as long or successful as the first, but, he told the Guardian: “I am eternally grateful to Xavi and the president for bringing me back. I found a club full of young people with incredible ideas on the pitch.”

Maxwell essentially joined Barcelona as Sylvinho’s replacement, taking over the role as back-up left-back to Abidal.

We really wish we had that job. Sadly you have to be really good at football to do so.

Firmly in the ‘miss’ camp, Keirrison, like Henrique, never appeared for Barcelona.

In his five years at the club, the striker was sent on loan to five different clubs.

Another full-back signed from Sevilla, Adriano earned his chance in the starting XI following Abidal’s illness and spent six years at the club before departing for Besiktas.

“I left the club because it was difficult to get minutes and the opportunity to come to Turkey came up. It’s complicated when you don’t have continuity, I don’t have anyone to blame [for leaving], maybe myself for not having done a little more,” he admitted in 2016.

Transfermarkt states Barcelona paid Santos £79.2million to land Neymar from Santos in 2013, but the actual cost of the deal remains mired in controversy amid allegations of tax fraud – and it is likely to have been much more.

On the pitch, Neymar did at least deliver at the Nou Camp, scoring 105 goals in 186 games and winning eight trophies.

The €222million Barca ultimately received for the player from PSG will also have helped soften the initial financial outlay on the forward.

The right-back at least played for Barcelona – eight times – but after three loan spells, he left for good, signing for Besiktas in 2019.

The centre-back has the strange record of having appeared for Barca’s first team as a loan player – but after joining permanently.

After impressing on loan from Fluminense, the move was made permanent, only for the 22-year-old to then be sent to Nice for the 2017-18 campaign.

Following that year in France, he joined Sassuolo in a permanent deal, so those three appearances on loan will forever remain his only contribution to Barca.

Tottenham fans had to rub their eyes when they read that Paulinho had left the Chinese Super League to join Barcelona.

The midfielder equipped himself well at the Nou Camp, scoring nine goals as Barca won the Double, but he returned to Guangzhou Evergrande after a solitary season – reportedly to the disdain of manager Ernesto Valverde.

Err, the less said about this one the better, eh? 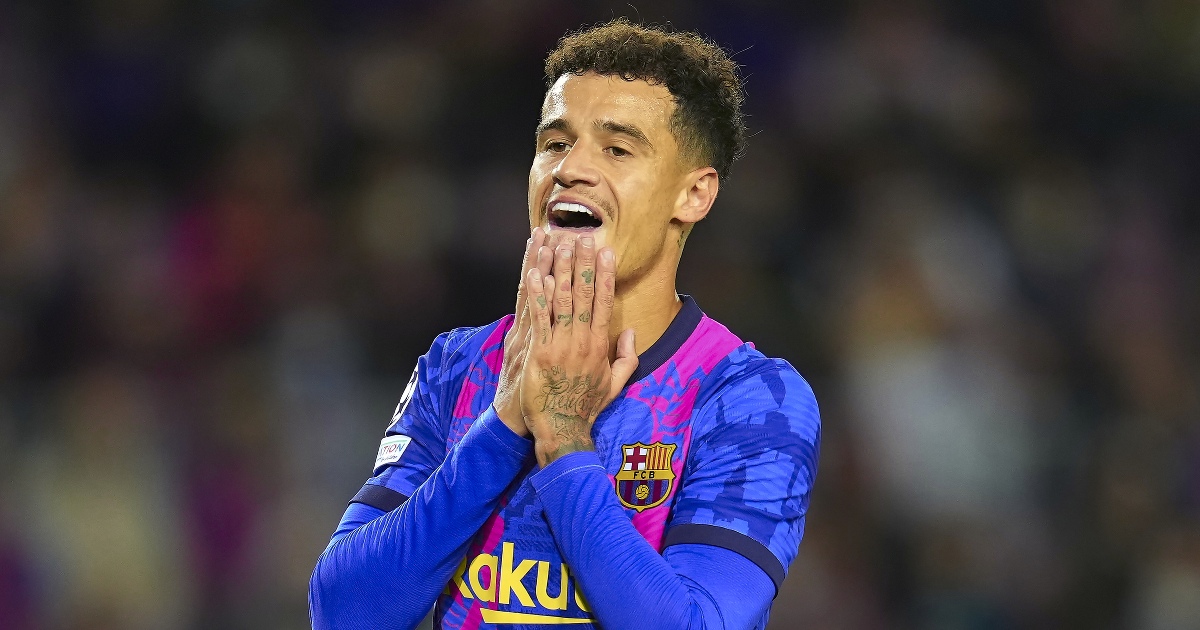 As far as first impressions go, Arthur made a pretty good one as he scored a stunner against Tottenham in his first appearance in a Barcelona shirt.

“I don’t like to make comparisons usually, but he has a touch of Xavi about him,” team-mate Rafinha said after the match.

Rafinha was eventually proved wrong, however. While Arthur certainly has the technical ability required to achieve big things, some at Barcelona felt he lacked the application to go with his skill.

He was eventually used as part of a very whiffy deal with Juventus that saw Miralem Pjanic move in the other direction.

With Roma believing they had sealed a deal for Malcom with Bordeaux, Barca nipped in at the 11th hour to snaffle him away.

As it turned out, it probably wasn’t worth the bother.

He didn’t really fit into Ernesto Valverde’s 4-4-2 and joined Zenit after a single season. Barcelona did recoup their investment, at least.

Another head-scratcher, this one.

Fernandes was a bit-part player at Palmeiras (the same club they signed Henrique and Keirrison from) when Barcelona swooped for him in 2020.

He immediately went out on loan to Real Vallodolid, where he played three times, before returning to Barca for a single , 17-minute Champions League appearance in 2020-21.

His contract was terminated in January 2021 and he re-joined Palmeiras for nothing.

A perfectly capable back-up ‘keeper for three seasons, but that fee seems quite steep for a player who was never going to challenge Marc-Andre ter Stegen for the No.1 shirt.

After spending two years at Real Betis as part of an odd joint-ownership deal Barca entered into to bring the right-back over from Ateltico Mineiro, he joined Barca for real in June 2021… only to leave again on deadline day of the same window.

Barca didn’t want to sell and Emerson didn’t really want to leave, but the club’s horrendous financial position forced them to accept a £25.8million offer from Tottenham.

That’s a healthy profit to be fair.

The most recent Brazilian to join the Catalan giants, we can’t wait to see Raphinha strutting his stuff on the Camp Nou pitch… 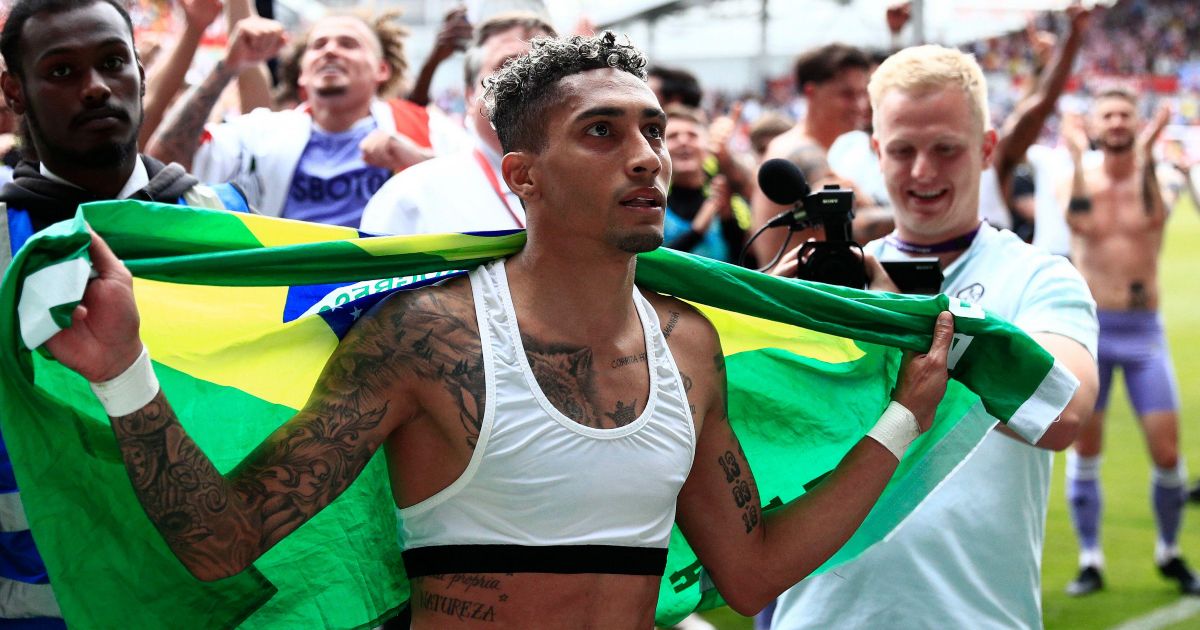 READ: Raphinha is the 2020s Ronaldinho & Barcelona will be his nutmeg palace

The 20 Premier League players Barcelona have signed since 2000