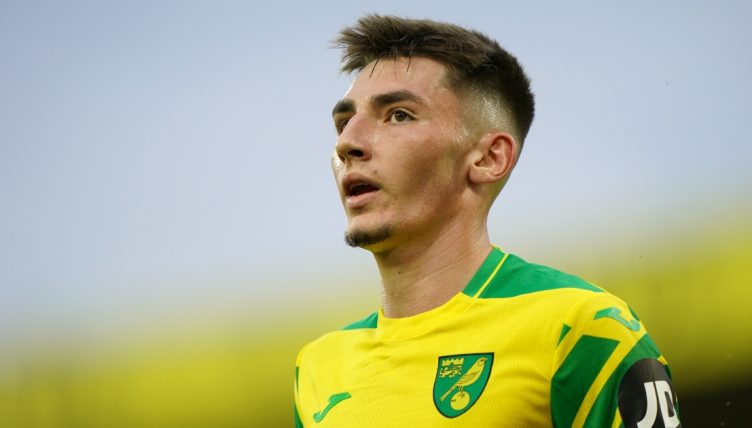 The number of Chelsea players that head out on loan each season has become a bit of a running joke, and they haven’t disappointed this term, with 22 players heading out for temporary moves.

Despite the numbers, each individual will be seeing this as a great opportunity to progress their career and show what they are capable of.

We’ve taken a look at all 22 of the players who will be looking to capture Thomas Tuchel’s eye from afar during the 2021-22 campaign.

Bakayoko actually played 34 games across all competitions in his first Chelsea season, but has been placed firmly on the loans list ever since.

This is now the 27-year-old’s second spell with AC Milan, having also spent time with Monaco and Napoli. In fairness, there are worse places to be headed.

With Marcos Alonso and Ben Chilwell ahead of him in the pecking order, it’s pretty understandable that Emerson has headed out on loan – after all, this is somebody who played a part in Italy winning the Euros.

The left-back has already helped turn things around for Lyon after their turbulent start, and it took a 93rd-minute winner from Mauro Icardi for him to suffer his first defeat at the hands of a star-studded PSG side.

This is Batshuayi’s fifth loan spell away from Chelsea, and the Belgian is hoping his form for Besiktas will be more Borussia Dortmund than Crystal Palace.

The 27-year-old has got off to a great start in the Turkish Super Lig, scoring three goals and providing an assist in his first four appearances.

Check the Batman suit they've got him to wear! 😂

Despite only being 18 years old, Colwill has gone out for his first loan and joined Championship outfit Huddersfield Town.

The centre-back, who is mates with Bayern Munich’s Jamal Musiala, has already taken to the second-tier, starting all but one of the Terriers’ first eight league games and even scoring a 94th-minute winner against Sheffield United.

Speaking of stepping up from the Championship, Gallagher is doing that seamlessly, having impressed in his maiden Premier League campaign with West Brom and already doing the same for Crystal Palace this time around.

The 21-year-old has already matched his goal tally from last term with a brace against West Ham, and it’s safe to say he’s got people excited. 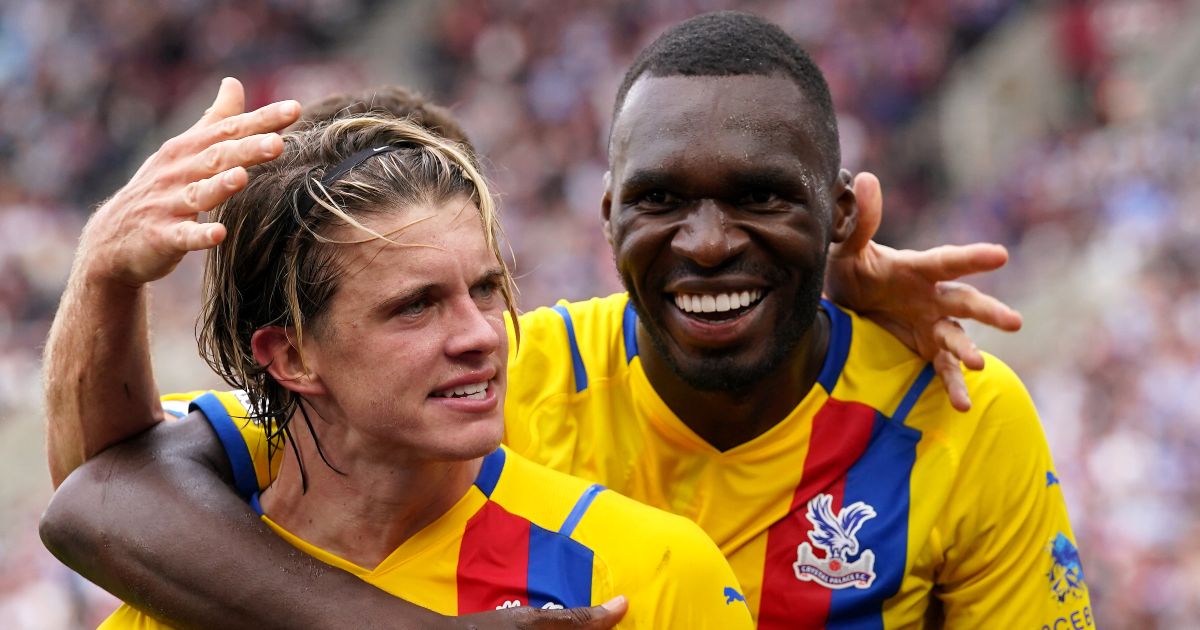 READ: ‘He is a star’ – Conor Gallagher has fans raving after scoring brace for Palace

Having experienced relegation with Sheffield United last term, Ampadu will face another battle to help his loan side avoid the drop after joining Serie A side Venezia.

Aside from the fact he’s swapping the Steel City for the Floating City, this should be an exciting campaign for the Wales international, as he’s joined by exciting talents such as Gianluca Busio and Dennis Johnsen.

While at Vitesse Arnhem last term, Broja managed a fairly impressive return of 11 goals in all competitions during his first campaign in senior football.

Now, he’ll be hoping to prove to Tuchel that he can hit the back of Premier League nets with Southampton. While the Albania international has started with two goals in the EFL Cup, he’ll need to get ahead of Adam Armstrong and Che Adams to start in the league.

Two goals and an assist 💫 pic.twitter.com/mvNPf6ziR2

At 23 years old, Clarke-Salter is already heading out for his sixth loan spell, and he’s staying in the Championship with Coventry City.

This is now the centre-back’s third consecutive campaign in the second tier, so he’ll be hoping to follow in the footsteps of fellow academy graduates Mason Mount and Tammy Abraham by eventually pushing on to bigger things.

Having signed from Fluminense in 2016, Kenedy is now heading out on his fifth loan after previous spells at Watford, Newcastle, Getafe and Granada.

Now 25 years old, the Brazilian has returned to his homeland to represent Flamengo, as he tries to gain some momentum after starting just three La Liga games last campaign.

The 2015-16 campaign was the left-back’s only campaign actually spent with Chelsea and it’s easy to forget that he actually played the full 90 minutes in a Champions League Round of 16 tie against PSG.

The Ghanaian has gone out on loan every year since then, and Reading is his destination this time – it’s not quite as exotic as Schalke, Stade Reims, Real Mallorca or PAOK Salonika, but it’ll do.

Gilmour has already caught the eye in the blue of Chelsea and Scotland, and the 20-year-old’s loan move to Norwich gives him an opportunity to show what he can do in the Premier League on a regular basis.

There are already expectations that the midfielder can do well, as even Roy Kane said “he looked like a world-class player” after his Chelsea debut.

Watch: Billy Gilmour takes the whole Liverpool team out of the game

As the midfielder said himself on Instagram, “another loan”. This is already his fourth since the summer of 2019, following time at Burnley, Aston Villa and Kasimpasa.

This time, the 31-year-old is at Reading and will look to get regular game time, having managed just 22 appearances in all competitions since the start of the 2018-19 campaign.

Anjorin announced himself to Lokomotiv Moscow fans in style, scoring a wonderful goal in the 89th minute to equalise against Marseille in the Europa League.

It’s certainly not a bad way for the 19-year-old to start his first season in senior football, but he’ll be looking for much more after impressing in the youth ranks.

After being picked up from Viktoria Koln in the German lower divisions in 2016, Ballo has been developing in Chelsea’s academy and has gone on to represent Austria Under-21s.

The 19-year-old attacking midfielder is now getting his first taste of senior football with Rapid Vienna, where he could even end up playing in the Europa League.

Wimbledon have helped develop their loanees in recent seasons, with Brentford’s Marcus Forss and Arsenal summer signing Aaron Ramsdale among their success stories.

Chelsea will be hoping that 20-year-old right-back Lawrence can be the latest name on that list, as he heads off for his first taste of senior football. This early showing of quality will definitely act as encouragement.

Baxter is only 22 years old, but his move to Hull is already his seventh loan spell away from Chelsea. He’s come a long way in that time, having previously turned out for Metropolitan Police, Solihull Moors, Woking, Yeovil Town, Ross County and then Accrington Stanley.

The stopper will have to show more patience if he is to get Championship minutes, though, as Matt Ingram is Hull’s No.1 between the sticks.

Since signing from Ajax’s academy in 2019, the left-back has returned to the Netherlands for loan spells with AZ Alkmaar and ADO Den Haag.

Now it’s time to see what the 21-year-old can do in England, as he’s joined Championship side Birmingham City for the season.

Miazga will be hoping to fight his way back into the USA national team after being left out for Gold Cup and the most recent World Cup Qualifiers.

He’ll be doing so while representing La Liga outfit Alaves, which is his sixth loan after playing for Vitesse Arnhem and Nantes, having two loans at Reading and most recently representing Anderlecht.

This is the left-back’s second loan spell since signing from PSV Eindhoven’s academy in 2019, having spent time with Charlton Athletic last term.

After enjoying a stellar season in League One, the 19-year-old is taking a step up the divisions with Coventry.

The Croatian’s first loan spell was to Sutton United in 2019 before the goalkeeper returned to spend some more time in Chelsea’s youth ranks.

Now, the 20-year-old is joining up with Rudar Velenje in the Druga Liga. We’re not sure how much Slovenian football Tuchel will be watching, but you never know.

It looks like there will be plenty of action for the goalkeeper, with the Gills having won just one of their first seven league games.

Sterling has enjoyed plenty of success in youth football, winning the UEFA Youth League twice and being part of the England Under-19s team that won the Euros.

Although, having taken in one Championship relegation battle with Wigan in 2019-20, he is likely to face another one with Blackpool this term.