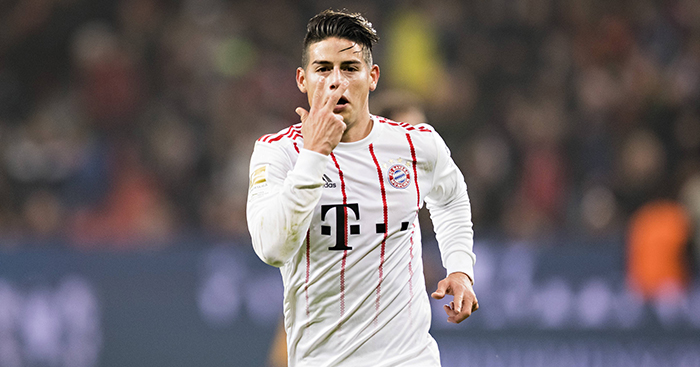 Real Madrid might not have as many players out on loan as the likes of Chelsea, but they’re not too far away.

The Spanish club have 25 players who are temporarily playing their football away from the Bernabéu, some of whom have yet to make their debut and others with a fair few games already under their belt.

We’ve taken a look at all 25 to see how they’re getting on.

Bravo linked up with Mirandés, who narrowly missed out on promotion to the Segunda División last year, on a season-long loan.

The 21-year-old midfielder actually made his Bernabéu debut against Real Madrid, taking to the field for Fuenlabrada last season as they secured a surprise 2-2 draw in the Copa Del Rey, and has been a near ever-present for Mirandés since breaking into the first team in December.

The young defender has spent this season at Sabadell in Segunda B, having played 16 times for Valladolid B in the same division last year.

Described as a versatile and physical player, Cobo is coming up to his 21st birthday and is still awaiting a senior Real Madrid debut. After flitting in and out of the Sabadell first team earlier in the season, he has mostly been used as a substitute of late.

Twenty-year-old full-back Del Campo was on the fringes of Real Madrid’s UEFA Youth League squad last season, sitting on the bench for games against APOEL and Borussia Dortmund as Los Blancos’ youngsters eventually made it through to the quarter-final stage.

This time around, he has been sent out to Unión Adarve, featuring at right-back and left-back in the Segunda B.

Paraguayan youngster Diaz had already played more than 60 times in his homeland before joining Real Madrid at the age of 18, and scored five times in his first season for the club’s Castilla side.

Now a full international, he spent last season at Lugo in the Segunda División and is now in the Brazilian top-flight with Corinthians after joining on an 18-month loan deal in the middle of last season.

Diaz came off the bench in the first leg of the São Paulo club’s Copa Sudamericana first-round victory over Racing, and will hope to get more game-time as the competition enters the group stages.

Twenty-one-year-old winger Echu has stepped up from Segunda B to the Segunda División this season, trading El Ejido for Rayo Majadahonda, where he is a team-mate of Zinedine Zidane’s son and former Real Madrid Castilla regular Enzo Fernández.

However, after playing regularly last season, his progress has been stunted as Rayo have struggled in the lower reaches of the table: his only two appearances have come in the Copa Del Rey.

The Catalan-born midfielder has spent the last two seasons in the Segunda División, latterly at high-flying Albacete, and will hope for a chance to impress his former Castilla manager Santi Solari upon his return.

Febas, who recently celebrated his 23rd birthday, scored twice for Zaragoza last season – including a late effort in a victory away at Barcelona B – and has been a regular for Albacete throughout their title challenge.

Full-back Fidalgo was an unused sub in last season’s UEFA Youth League draw against Tottenham, but the 20-year-old has not been given the chance to continue in that competition.

Instead, he is down in the Segunda B, having joined newly-promoted UB Conquense over the summer, though we’ve been unable to figure out whether he’s still there.

One of Real Madrid’s loan stars, the Moroccan full-back has played his part for a strong Borussia Dortmund side which, at the time of writing, sits atop the Bundesliga.

The Madrid-born defender has played 25 times for Dortmund, scoring on his debut back in September, and will hope to be in consideration for a starting place when he returns to the Spanish capital at the end of the season.

Teenage forward Hernández is waiting on his Real Madrid debut but was on the bench for a couple of last season’s UEFA Youth League knockout games.

Now on loan at Salamanca, the youngster has scored twice in Segunda B – winners against Navalcarnero and Ponferradina – to help his team keep its head above water.

Some expected French full-back Theo to have made more of an impact with Real Madrid’s first team by now, having impressed during a loan spell with Alavés before making the move across Madrid from Atléti.

The 21-year-old still has time on his side, though, and a year with Real Sociedad is giving him the extra La Liga experience he needs. He scored his first goal for La Real in November and has the team sitting comfortably in mid-table.

Fresh from playing his part in Croatia’s run to the World Cup final, Kovačić was sent out on loan to Chelsea before Thibaut Courtois moved in the opposite direction on a permanent basis.

The 24-year-old, who cost €29million from Internazionale in 2015, has had some bright moments but struggled to hold down a regular starting place under Maurizio Sarri.

With a transfer ban looming over the London club, it wouldn’t be a surprise to see him sent on loan elsewhere next season.

The Chinese winger helped Almería B earn promotion to Segunda B last season, and has been rewarded with another year at the Andalusian outfit.

He has played for Almería’s first team in the Copa del Rey, winning a penalty in the second round victory over Málaga, and has featured regularly in Segunda B. usually on the left wing. Lin also made his debut for China’s Under-23s in 2018.

With Ukraine’s first-choice goalkeeper Andriy Pyatov set to turn 35 over the summer, former Zorya No.1 Lunin is in contention for the jersey in the long run.

Lunin was immediately loaned out to Leganés after joining Real Madrid in the summer, but the form of veteran Iván Cuellár has restricted him to just three games for the mid-table outfit.

On the plus side, with Kiko Casilla leaving in January, there is one fewer obstacle between 20-year-old Lunin and a Real Madrid debut.

Joining Del Campo at Adarve is midfield prospect Margallo, but the 20-year-old has barely featured during a year-long loan spell.

Indeed, over the course of more than half a season, he has yet to rack up 90 minutes of Segunda B action.

After making his debut for Real Madrid’s first team as an 18-year-old, the Spanish forward might have hoped to be in and around the starting line-up three years later. Instead, though, he is in the middle of a second loan spell in as many years.

Following on from 12 months in the Bundesliga with Wolfsburg, Mayoral has moved to Levante for a season. He has four goals this season, including a Copa del Rey strike against Barcelona, but half of his 18 league appearances have come from the bench.

Another player sent out to UB Conquense, ‘More’ has mostly been restricted to substitute appearances this season.

The 19-year-old has failed to build on his UEFA Nations League breakthrough, after taking to the field in the home and away victories over APOEL last season.

The Norway international has five goals this season for Vitesse, his best return since breaking through with Stromsgodset, and there are still a few weeks of the season left to go. Could he yet return and add to that solitary La Liga appearance?

Dominican youngster Quezada will be hoping to follow compatriot Mariano into the Real Madrid first team, but he’ll have to do it via a loan spell with Cordoba.

The winger has featured in the Segunda side’s run to the last 32 of the Copa del Rey, playing in both legs of their defeat to top-flight Getafe, and has made 11 league starts either on the left wing or at left-back.

Players who cost more than £60million don’t normally find themselves out on loan, but Real Madrid is not a normal football club.

James is in his second year of a 24-month loan at Bayern Munich and has remained integral to the team as they look to retain their Bundesliga title.

With Arjen Robben and Kingsley Coman seeing their game-time limited by injury, the Colombian has featured a lot more than he might have anticipated under Niko Kovač.

Óscar made his senior Real Madrid debut against Fuenlabrada last season and is another member of Santi Solari’s Castilla squad who will hope to break through if the Argentine coach sticks around.

He has been playing his football for Leganés in La Liga this season, scoring a memorable winner against Barcelona, and seems one of the youngsters most likely to be given a crack at the Bernabéu.

Four years after joining Real Madrid from Cruzeiro, Lucas doesn’t look much closer to fulfilling his potential in Spain.

The €14million man is under contract until the summer of 2020 but has been back on loan with his first club since 2017. He featured heavily in last season’s run to the Copa Libertadores quarter-finals and will remain in Brazil throughout the calendar year after extending his loan.

Twenty-one-year-old centre-back Sotillos has been farmed out to Segunda B this season, given his chance at Fuenlabrada, and has featured more than many of his fellow loanees in the division.

All of his 17 appearances have been starts, and he scored his first goal for the club in a 3-0 win over Ponferradina in December.

After a 2017-18 stint at Logroñés and a solid run of games at his new temporary home, he could be in line for a loan move higher up the pyramid next season.

A second Albacete loanee, Tejero was sent out to the second-tier club more than a year after his one and only Real Madrid senior appearance to date.

The 22-year-old defender has formed part of a stingy back-line which has conceded just 22 goals in its first 28 games, ensuring Albacete retain their hopes of a return to La Liga.

If Real Madrid’s latest striker called Raúl has even a fraction of the impact of his namesake, he’ll have done alright, and the 24-year-old has adapted reasonably well to life in La Liga during an extended loan spell with Rayo Vallecano.

De Tomás was the second highest goalscorer in the Segunda División last season, finding the net 24 times for the champions, and his 10 top-flight goals this season represents more than Gareth Bale or Ousmane Dembélé have managed.