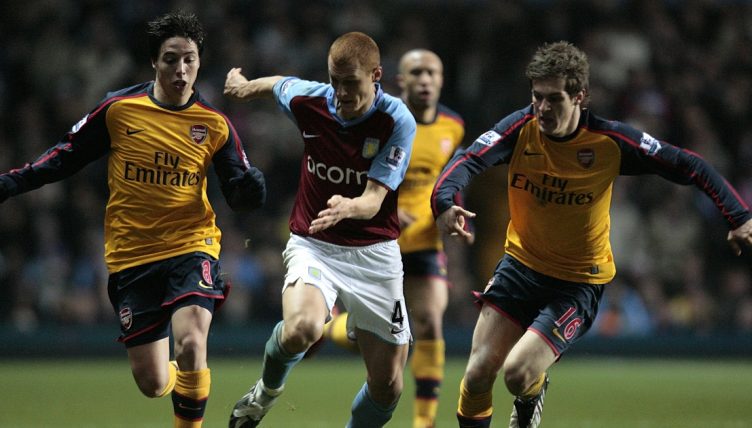 Aaron Ramsey left Arsenal after 11 years and three FA Cups, but how did the others they signed alongside him fare?

Arsenal swooped in at the last minute to snatch Ramsey from under Manchester United’s noses in 2008 to bring him to the Emirates from Cardiff City, and the move turned out to be a masterstroke.

After a difficult few years plagued with injury and poor form, the Welshman exploded in the 2013-14 season, with 16 goals and 10 assists in all competitions, including the winner in the FA cup final against Hull City.

Going on to win two more FA cups, with another winner against Chelsea in the 2017 final, Ramsey departed on a free transfer to Juventus after helping Unai Emery’s side reach the Europa League final in 2019.

‘Rambo’ arrived as a teenager for £4.8m and left as the highest scoring central midfielder in the club’s history and is held in the highest regard by the Arsenal faithful. No one could have predicted that he would be Arsene Wenger’s most successful signing of that 2008 window, and here’s how his fellow summer arrivals fared.

Another successful signing from that window, but with a very different departure, Samir Nasri joined Arsene Wenger’s side from Marseille for a £12m fee as a direct replacement for Alexander Hleb, who joined Barcelona.

The Frenchman was electric in his three seasons in north London, with 27 goals and 16 assists in 126 appearances, including a stunning solo goal against Porto in the Champions League, assisting Andrei Arshavin for his goal in that game against Barcelona and finishing off a glorious team move against Manchester United in a 2-1 win.

Nasri and left-back Gael Clichy both decided to leave Arsenal in favour of Manchester City’s big-money project in the summer of 2011, which earned him a very unfavourable reputation among the fans who previously adored him.

He went on to have a successful career at City, winning two league titles, before leaving for Sevilla and eventually being banned for doping in the infamous ‘Drip Doctors’ scandal.

Eyebrows were raised when a 31-year-old Mikael Silvestre arrived at the Emirates after nine years with Manchester United, but there was belief that the five-time Premier League champion could at least bring some experience and versatility to solidify a young Arsenal defence.

Becoming the first player to move from United to Arsenal in 34 years, the French international was nothing short of a disaster. Despite his low fee, estimated to be around £700,000, he provided anything but stability to a backline that would constantly ruin the great work done by the top-quality players further up the pitch.

However, as poor as his performances were, he did score his first league goal for the Gunners in a North London Derby, but this came in a game where Arsenal threw away a 4-0 lead to eventually draw to their bitter rivals, summing up how leaky the defence was in his presence.

After just 26 league appearances in two seasons, Silvestre then moved on to Werder Bremen, followed by brief spells in the MLS and India, before retiring in 2014.

If there was ever an Arsenal players category on Pointless, Amaury Bischoff would be an excellent answer. Signing as a 21-year-old on a free transfer from Werder Bremen, the central midfielder spent one year at Arsenal before being released.

Wenger has had his fair share of bizarre signings over his 22 years at Arsenal, and this one ranks highly as one of the most confusing, but ultimately irrelevant transfers he made.